Today, the University launched one of the world’s first Ph.D. programs in the subject of quantum science and engineering.

In the middle of the 20th century, mathematicians, physicists, and engineers at Harvard began work that would lay the foundations for a new field of study, the applications of which would change the world in ways unimaginable at the time. These pioneering computer scientists helped develop the theory and technology that would usher in the digital age.

Harvard is once again taking a leading role in a scientific and technological revolution — this time in the field of quantum science and engineering. Today, the University launched one of the world’s first Ph.D. programs in the subject, providing the foundational education for the next generation of innovators and leaders who will transform quantum science and engineering into next-level systems, devices, and applications.

The new degree is the latest step in the University’s commitment to moving forward as both a leader in research and an innovator in teaching in the field of quantum science and engineering. Harvard launched the Harvard Quantum Initiative in 2018 to foster and grow this new scientific community. And additional future plans call for the creation of a quantum hub on campus to help further integrate efforts and encourage collaboration.

“This is a pivotal time for quantum science and engineering at Harvard,” said President Larry Bacow. “With institutional collaborators including MIT and industry partners, and the support of generous donors, we are making extraordinary progress in discovery and innovation. Our faculty and students are driving progress that will reshape our world through quantum computing, networking, cryptography, materials, and sensing, as well as emerging areas of promise that will yield advances none of us can yet imagine.”

At the nexus of physics, chemistry, computer science, and electrical engineering, quantum science and technology promises to profoundly change the way we acquire, process, and communicate information. Imagine a computer that could sequence a person’s genome in a matter of seconds or an un-hackable communications system that could make data breaches a thing of the past. Quantum technology will usher in game-changing innovations in health care, infrastructure, security, drug development, climate-change prediction, machine learning, financial services, and more.

Researchers excited and detected spin waves in a quantum Hall ferromagnet, spending them through the insulating material like waves in a pond.

The University is building partnerships with government agencies and national laboratories to advance quantum technologies and educate the next generation of quantum scientists. Harvard researchers will play a major role in the Department of Energy’s (DOE) Quantum Information Science (QIS) Research Centers, aimed at bolstering the nation’s global competitiveness and security. As part of the centers, Harvard researchers will:

In partnership with the National Science Foundation (NSF) and the White House Office of Science and Technology Policy (OSTP), the Harvard University Center for Integrated Quantum Materials (CIQM) has helped develop curriculum and educator activities that will help K‒12 students engage with quantum information science. CIQM is also collaborating with the Learning Center for the Deaf to create quantum science terms in American Sign Language .

“Breakthrough research happens when you create the right community of scholars around the right ideas at the right time,” said Claudine Gay, the Edgerley Family Dean of the Harvard Faculty of Arts and Sciences. “The Harvard Quantum Initiative builds on Harvard’s historic strength in the core disciplines of quantum science by drawing together cross-cutting faculty talent into a community committed to thinking broadly and boldly about the many problems where quantum innovations may offer a solution. This new approach to quantum science will open the way for new partnerships to advance the field, but perhaps even more importantly, it promises to make Harvard the training ground for the next generation of breakthrough scientists who could change the way we live and work.”

“Harvard’s missions are to excel at education and research, and these are closely related,” said John Doyle, the Henry B. Silsbee Professor of Physics and co-director of HQI. “Being at — and sometimes defining — the frontier of research keeps our education vibrant and meaningful to students. We aim to teach a broad range of students to think about the physical world in this new, quantum way as this is crucial to creating a strong community of future leaders in science and engineering. Tight focus on both research and teaching in quantum will develop Harvard into the leading institution in this area and keep the country at the forefront of this critical area of knowledge.”

The University’s location within the Greater Boston ecosystem of innovation and discovery is one of its greatest strengths.

A recent collaboration between Brigham and Women’s Hospital, Harvard Medical School, and University quantum physicists resulted in a proof-of-concept algorithm to dramatically speed up the analysis of nuclear magnetic resonance (NNMR) readings to identify biomarkers of specific diseases and disorders, reducing the process from days to just minutes.

A multidisciplinary team of electrical engineers and physicists from Harvard and MIT are building the infrastructure for tomorrow’s quantum internet , including quantum repeaters, quantum memory storage, and quantum networking nodes, and developing the key technologies to connect quantum processors over local and global scales.

“We are moving forward arm in arm with sister institutions in this region, most notably MIT, to establish Boston as one of the premier centers in the nation for both education and developing technologies that we anticipate will have significant impact on society,” said Christopher Stubbs, science division dean and Samuel C. Moncher Professor of Physics and of Astronomy.

“We are excited to see the ever-growing opportunities for collaboration in quantum science and engineering at Harvard, in the Boston community, and beyond,” said Evelyn L. Hu, the Tarr-Coyne Professor of Electrical Engineering and Applied Science at SEAS and co-director of the Harvard Quantum Initiative. “Harvard is committed to sustaining that growth and fostering a strong community of students, faculty, and inventors, both locally and nationwide.”

Fiber-optical networks, the backbone of the internet, rely on high-fidelity information conversion from electrical to the optical domain. The researchers combined the best optical material with innovative nanofabrication and design approaches, to realize, energy-efficient, high-speed, low-loss, electro-optic converters for quantum and classical communications.

“Building a vibrant community and ecosystem is essential for bringing the benefits of quantum research to different fields of science and society,” said Mikhail Lukin, George Vasmer Leverett Professor of Physics and co-director of HQI. “Quantum at Harvard aims to integrate unique strengths of university research groups, government labs, established companies, and startups to not only advance foundational quantum science and engineering but also to build and to enable broad access to practical quantum systems.”

To facilitate those collaborations, the University is finalizing plans for the comprehensive renovation of an existing campus building into a new quantum hub — a shared resource for the quantum community with instructional and research labs, seminar and workshop spaces, meeting spaces for students and faculty, and space for visiting researchers and collaborators. The quantum headquarters will integrate the educational, research, and translational aspects of the diverse field of quantum science and engineering in an architecturally cohesive way.

This critical element of Harvard’s quantum strategy was made possible by a generous gift from Stacey L. and David E. Goel ’93 and gifts from several other alumni who stepped forward to support HQI. David Goel, co-founder and managing general partner of Waltham, Mass.-based Matrix Capital Management Co. and one of Harvard’s most ardent supporters, said his gift was inspired both by recognizing Harvard’s “intellectual dynamism and leadership in quantum” and a sense of the utmost urgency to pursue opportunities in this field. “Our existing technologies are reaching the limit of their capacity and cannot drive the innovation we need for the future, specifically in areas like semiconductors, technology, and the life sciences. Quantum is an enabler, providing a multiplier effect on a logarithmic scale. It is a catalyst that drives the kinds of scientific revolutions and epoch-making paradigm shifts.”

Electrodes stretch diamond strings to increase the frequency of atomic vibrations to which an electron is sensitive, just like tightening a guitar string increases the frequency or pitch of the string. The tension quiets a qubit’s environment and improves memory from tens to several hundred nanoseconds, enough time to do many operations on a quantum chip.

Goel credits the academic leaders and their “commitment to ensuring that Harvard’s community will be at the forefront of the science that is already changing the world.”

The University is also building partnerships with industry partners, ranging from startups to major national corporations, that are preparing to bring quantum technologies to the public.

“An incredible foundation has been laid in quantum at Harvard, and we are now at an inflection point to accelerate that activity and build on the momentum that has already made Harvard a leader in the field,” said Frank Doyle, SEAS dean and John A. and Elizabeth S. Armstrong Professor of Engineering and Applied Sciences. “Research happening right now in Harvard labs is significantly advancing our understanding of quantum science and engineering and positioning us to make breathtaking new discoveries and industry-leading translation breakthroughs.”

To enable opportunities to move from basic to applied research to translating ideas into products, Doyle described a vision for “integrated partnerships where we invite partners from the private sector to be embedded on the campus to learn from the researchers in our labs and where our faculty connect to the private sector and national labs to learn about the cutting-edge applications, as well as help translate of basic research into useful tools for society.”

“We are at the early stages of a technological transformation, similar or maybe even grander than the excitement and the promise that came with the birth of computer science — and Harvard is at the forefront,” Stubbs said. 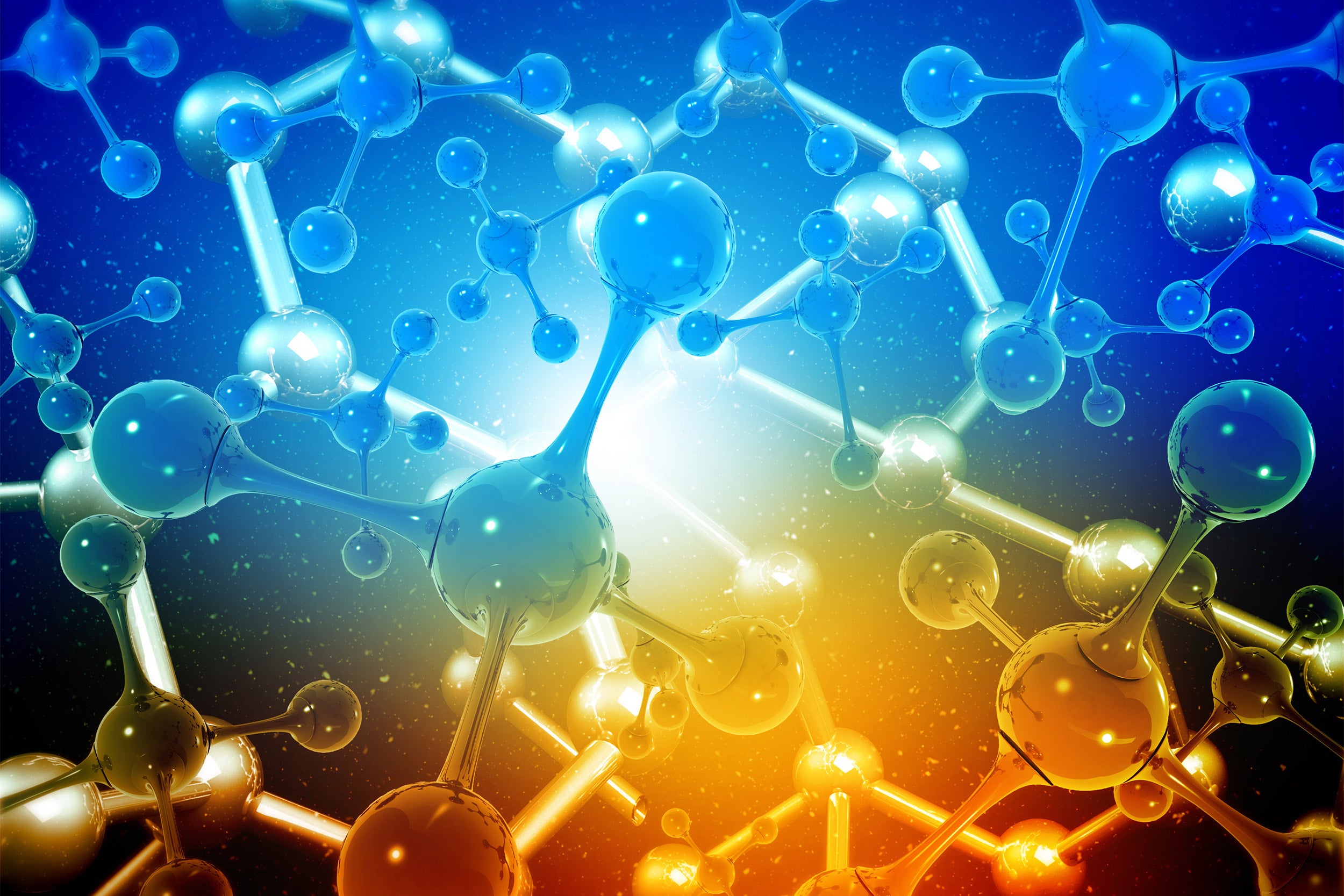