East and West Coast mice show evolution can be predictable

Studying mice shows that evolution often works on the same genes in different populations when they're confronted with similar environmental conditions.

The European house mouse has invaded nearly every corner of the Americas since colonizers brought it here a few hundred years ago, and it now lives practically everywhere humans store their food.

Yet in that relatively short time span, populations on the East and West Coasts have changed their body size and nest building behavior in nearly identical ways, according to the study.

To make these adaptations—at least in the case of body size—mice in the Western United States evolved many of the same genetic changes as their cousins in the East, showing that evolution often works on the same genes in different populations when those populations are confronted with similar environmental conditions.

The study represents one of the first times scientists have tracked down the genetic changes underlying a complex adaptive trait in mammals, though similar studies have taken place with laboratory insects, such as fruit flies, and in fish.

“The big take-home message from this paper is that there is some predictability to evolution, both at the organismal level and at the genetic level,” says study leader Michael Nachman, professor of integrative biology at the University of California, Berkeley and director of its Museum of Vertebrate Zoology.

“We have shown that the same genes have been recruited independently in two different areas, all over very short evolutionary time. This is a good example of rapid evolutionary change over short times for a complex adaptive trait.”

The European house mouse and other critters

The findings also have implications for other mammals.

“The mice we are studying are a reasonable model for thinking about human evolution as well, since humans have been in the Americas about as many generations as house mice,” Nachman says. “We found genes involved in mouse body size that had previously been implicated in metabolism and things like obesity in humans, so there also are parallels between humans and mice.”

Nachman and his colleagues were able to prove that these traits have a genetic cause—they resulted from nature, not nurture—by raising mice from different environments in the lab under the same environmental conditions. House mice from New York and Alberta, Canada always produced bigger nests than mice from Florida and Arizona, even when nesting at the same temperature, while the northern mice were always bigger than the southern mice, despite being raised in similar conditions.

“We and many other people have studied natural populations for a long time and you can document differences among natural populations,” he says. “But in this case, we went one step further and took those animals into the lab and reared them for multiple generations so we could ask whether the differences we see in nature are due to the environment or due to genetics. By having a combination of animals in the wild and animals in the lab, we can tease out the genetic component to the traits that we are studying.”

The study appears in the journal PLOS Genetics .

Nachman and his team have been studying house mice in North and South America for several years to determine how they have adapted to different environments—physiologically and genetically—since arriving as stowaways aboard ships from Europe. His goal has been to link changes in physiology and instinctual behavior to changes in specific genes, to understand how multiple genes interact to create changes in complicated adaptations.

To date, most studies linking genetic change, or genotype, to physiological change, or phenotype, have involved relatively simple characteristics, such as changes in fur color with environment or development of insecticide resistance.

House mice— Mus musculus domesticus , the ancestor of today’s laboratory mice —seemed a good subject since they exist in a wide variety of habitats throughout the Americas, including in the Andes at elevations above 4,000 meters (13,000 feet). Over the years, Nachman and his colleagues have collected hundreds of individual mice from Tierra del Fuego at the tip of South America to southern Canada and upstate New York, and from different elevations in Ecuador and Bolivia, and sequenced all the genes in their genomes.

Nachman says that he couldn’t help but notice that in the wild, northern mice—from Edmonton, Alberta and Saratoga Springs, New York—tended to be larger than southern mice from Tucson, Arizona and Gainesville, Florida, though it wasn’t always clear given that the mice differed in age, diet, and health. Larger body size is a well-known adaptation to colder weather, referred to as Bergmann’s rule after the 19th century German biologist Carl Bergmann.

“Mice from 45 degrees north latitude are about 50% bigger than mice from the equator,” Nachman says. “A mouse from the equator is about 12 grams; a mouse from upstate New York is about 18 grams. That is a big difference. If we were talking about humans, that would be a 100-pound versus 150-pound person, on average.”

Northern mice also build bigger nests: about twice the size of those of southern mice.

To determine the genetic relationships among these mouse populations, his team collected 10 mice from 5 different sites in the West, about equally spaced from Tucson to Edmonton, sequenced their genes and compared them to the genes of mice his team had collected earlier along the East Coast from Gainesville to Saratoga Springs. He found that, though Northeastern mice and Northwestern mice had both developed larger bodies and built larger nests, they were not closely related. New York mice were more closely related to other Eastern mice than to Alberta mice, while Alberta mice were more closely related to other Western mice than to New York mice.

To find out, he and his colleagues established lab colonies with 41 individual mice from the extreme areas sampled: Edmonton (EDM) in the north and Tucson (TUC) in the south. Raising them in identical indoor conditions, the northern mice over five generations retained their larger body size and larger nest building behavior, showing that the behavioral and physiological changes were in fact encoded in their genetics. Three years ago, Nachman conducted similar experiments with mice from Saratoga Springs (SAR) and Gainesville (GAI), and found similar results from these Eastern populations.

“By bringing them into the common lab environment and keeping them there at a comfy room temperature for a few generations, we can conclude that any differences we see have a genetic basis,” he says.

They then conducted a genome-wide association study to identify which variant or allele of each gene in the genome had changed frequency along with the change in body mass. They’re still tracking the genetic causes of nest building.

“We found that of all those genes that we identified for body size, four of the five genes show strong signatures of natural selection in both the East and West,” he says. “That suggests that we found some genes that are contributing to this pattern, known as Bergmann’s Rule, which is actually one of the most widespread geographic patterns in the evolution of warm-blooded animals. We are starting to get at its genetic basis in this study.”

Combining these data with the results from Nachman’s previous study of house mice in New York and Florida, the researchers found a total of 16 genes that showed parallel evolution along the north-south gradient on both coasts, many of which are involved in regulating body temperature. For example, the gene Trpm2, which causes mice to avoid very high temperatures, showed genetic changes in southern populations.

While mice in the East and West exhibited evidence of independent evolution in many of the same genes, each region also harbored genetic adaptations not seen in the other region. In the West, for example, fur color varied with soil color: northern mice were a darker shade, consistent with trying to blend in on damper, darker soil. Eastern mice did not show such variation.

Nachman is continuing to study house mouse variation, and hopes eventually to employ CRISPR genome editing to alter genes in his mouse populations to confirm their involvement in traits such as body size.

“We’d like to edit some of these genes and see if we can take a mouse from Canada and turn it into a mouse that looks like a Tucson mouse, or vice versa,” he says.

Funding came from the National Institutes of Health. The NIH and The Jackson Laboratory also support Nachman’s development of new house mouse strains—SAR, GAI, EDM, TUC, and a fifth strain, MAN, from Manaus, Brazil—that researchers can use in place of the inbred lab mouse—the most popular strain is called C57BL/6—if they want greater genetic variation in their mouse studies.

The post East and West Coast mice show evolution can be predictable appeared first on Futurity . 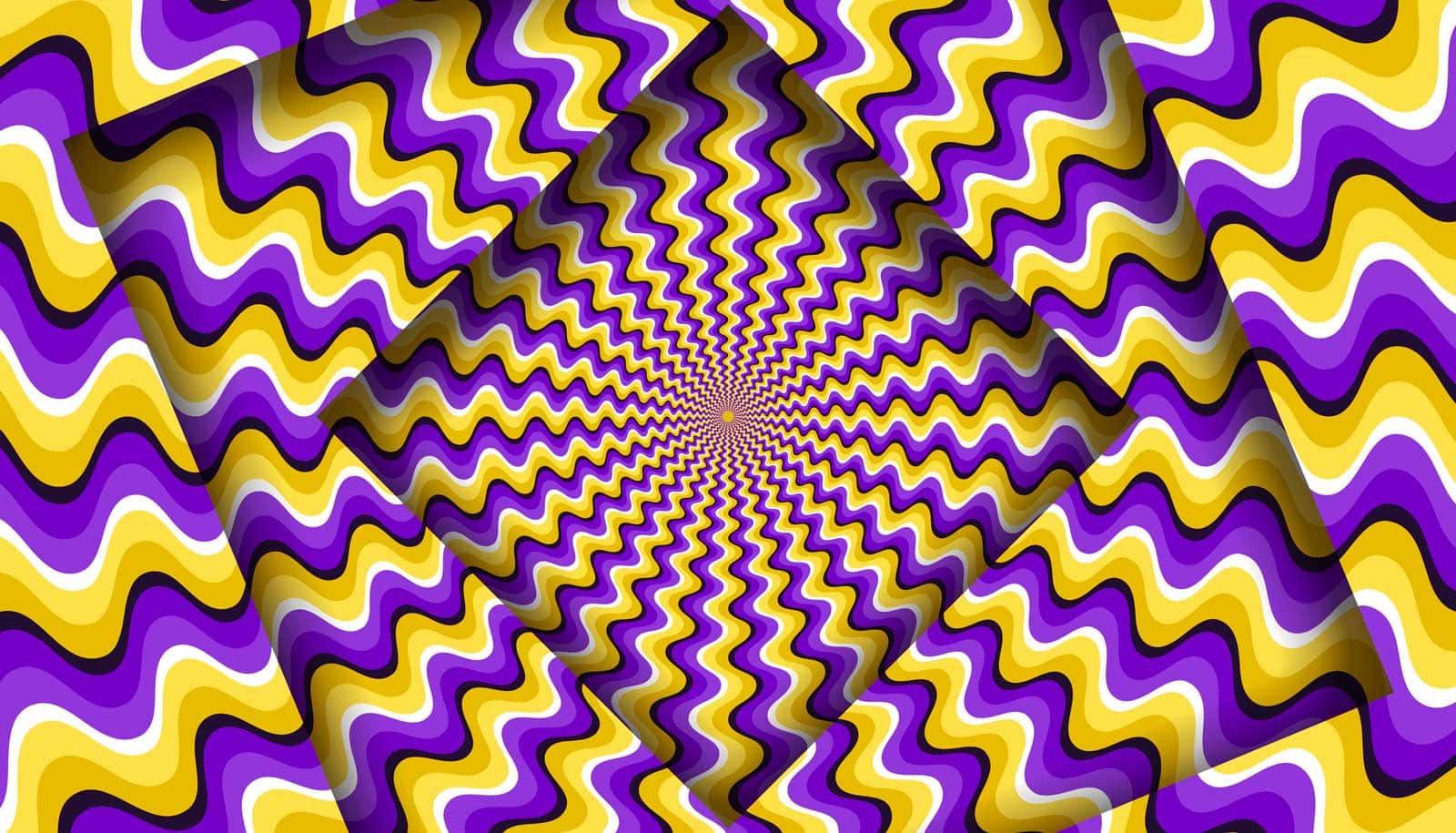 Have we evolved to construct reality?