The American space agency's Juno probe has returned some close-in views of Ganymede - one of Jupiter's four Galilean moons and the largest natural satellite in the Solar System.

The imagery was acquired from a distance of about 1,000km.

It's the nearest any spacecraft has been to Ganymede in more than 20 years.

Juno's was an opportunity pass; it's everyday duties are to study Jupiter. But the European Space Agency will soon send a dedicated mission.

The JUpiter ICy moon Explorer, or Juice for short, will make a series of fly-bys around two other Galilean moons, Callisto and Europa, before then putting itself in a settled orbit around Ganymede, expected to occur in 2032.

Juno's pictures show the impacted and cracked surface of the big moon in remarkable detail. They'll be compared with the pictures acquired by Nasa's Galileo (1995-2003) and Voyager (1979) probes to see if there have been any changes through time.

"This is the closest any spacecraft has come to this mammoth moon in a generation," said Juno Principal Investigator Scott Bolton of the Southwest Research Institute in San Antonio. "We are going to take our time before we draw any scientific conclusions, but until then we can simply marvel at this celestial wonder."

One of the fascinations of Ganymede - and of Callisto and Europa - is that they all likely have oceans of water below their ice surfaces. 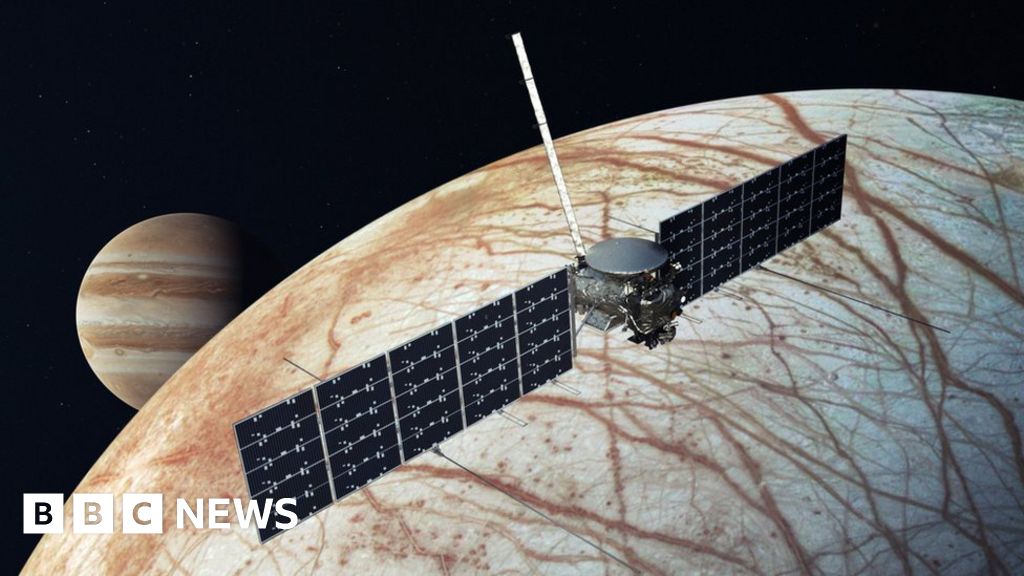