A Harvard Chan School psychologist counseled awareness and flexibility as people return to work, school, or other pre-pandemic activities.

The pandemic may be easing, but a new set of emotional challenges has only just begun.

One worker got the green light to return to the office but found herself sitting in the parking lot each day, hyperventilating in her car, before summoning the courage to head in. Another questioned whether a normal back-to-school this fall — the moment many parents, if not their kids, have awaited more than a year — might be stressful enough to harm some students’ mental health. A third asked how he might get an appointment with a counselor in an era of soaring demand. The unfortunate answer was that many providers are full. And waitlists are so jammed that some are closing to new patients.

Psychologists, psychiatrists, and counselors have long predicted that once the pandemic’s acute phase eased and its physical impacts lessened, there would be mental health fallout. Though the virus continues to rage abroad — the highly contagious Delta variant has triggered new shutdowns in several nations, including Australia, South Africa, and Thailand — the widespread availability of vaccines in the U.S. have meant large swaths of the country can tentatively return to whatever remains of “normal.” And Karestan Koenen , a professor of psychiatric epidemiology at the Harvard T.H. Chan School of Public Health , has some advice: Go slowly.

Koenen, who appeared at a Chan School live event on Facebook on June 29, said attempts to return to pre-pandemic routines may feel unsettling and fielded questions about specific situations from the online audience. Working against us, Koenen said, is that many of us are eager to go back to the way things were exactly but will find that impossible. Given the extent of the pandemic’s effects, it’s understandable that the commute will be different, that employers will have new policies in place, and that workers’ home lives — obligations to children, parents, and spouses — will have shifted. All the change, Koenen said, can cause a sense of dislocation.

“Now, after hunkering down, when you go outside that can feel threatening,” Koenen said. “There also can be almost a grief or sadness because things that were normal don’t feel the same … I think that’s part of the changes we’re all going through right now.”

Koenen pointed out that even before the pandemic any change — even a positive one like getting married or starting a dream job — was known to be a stressor. Add to that the pandemic’s considerable stress, and the next few months will likely be challenging. For specific populations who may have isolated a lot during the pandemic, who may be experiencing anxiety about return to work, or who had pre-existing social anxiety, she suggested taking it a step at a time: Have lunch with a friend before going to a party; go to work for a few days a week before jumping back in full-time. Employers should recognize that the coming months may be difficult for workers and provide flexibility and encouragement if an employee needs to ease back in.

“We’ve all gone through a tremendous amount of change and stress this past year, in lockdowns, in changes to the way we work, live, in every aspect of our lives. And now we’re being asked to change back,” Koenen said. “It’s a time of tremendous change, and it’s good to remind ourselves that all change is stressful.”

Koenen said it’s also important, however, for individuals to recognize that avoidance enhances anxiety, so it’s best that — as long as infection rates remain low — they push their boundaries, even if, at first, they may feel heightened anxiety.

Looking ahead to the school year, Koenen said different schools have had different pandemic experiences, with some never halting in-person learning and others predominantly delivering instruction online. It’s likely that students who have been mostly remote will have a more difficult transition to the classroom this fall, and Koenen recommended that teachers locate referral resources for families in advance and keep an eye out for signs that a child is having trouble readjusting. Koenen also had advice for teachers and school administrators, who have had an enormously stressful year navigating the disruption: Take a vacation.

“We’ve all gone through a tremendous amount of change and stress this past year ... in every aspect of our lives. And now we’re being asked to change back,” said Karestan Koenen, a professor of psychiatric epidemiology at the Harvard Chan School of Public Health.

Teachers aren’t the only ones feeling burned out after the past year and a half, Koenen said. Health care workers and others deemed “essential” toiled even through the strictest shutdowns, and Koenen said many may be reevaluating work lives, long commutes, and other demands of employment. Employers, she said, would do well to recognize these pressures, communicate clearly with employees, and make accommodations for adjusted schedules, leaves, and other steps to reduce stress and burnout.

The 45-minute event, “ The Coronavirus Pandemic: The Mental Health Aspects of Reopening Society ,” featured Koenen and moderator Elana Gordon, a reporter for PRX’s “The World.” It was sponsored by The Forum at the Harvard T.H. Chan School of Public Health and “The World.”

Koenen said there were positives to emerge from the pandemic, and she hopes those things don’t go away. Things that were thought impossible — like providing insurance reimbursement for telehealth and, in particular, tele-mental health — rapidly became routine. She also said many employers are newly sensitive to employee needs , surveying them about work schedules and routines.

“The exciting part is you’re seeing a lot of innovation at the employer level. Lots of employers are doing surveys of employees and really trying to figure out … how it can work, what people want, how to reimagine workspaces,” Koenen said.

Koenen said she’d like to see more leadership at the national level since much of the response so far has been by states and localities. Federal policies to provide economic stability have had salutary mental health effects, she said, since losing a job or losing a house are major psychological stressors. But mental health nationally needs to be elevated, she said, and, if the U.S. has a “climate czar” to oversee climate change policies, why not also have one for mental health who can provide leadership at the national level?

Even as the pandemic reaches later stages in the U.S., uncertainty continues apace, Koenen said. The emergence of the Delta variant, she said, raises the prospect that it or another strain will be able to evade immune responses and take hold in the U.S. Though vaccine makers have so far said their products can handle the variants that have arisen, as long as the pandemic rages abroad, there’s no guarantee that a new one able to evade vaccines won’t emerge, she said.

“It’s really hard. … We like to feel like we’re in control, we like to think we can predict the future,” Koenen said. “The challenge is we all are going to have to live with a certain amount of uncertainty.” 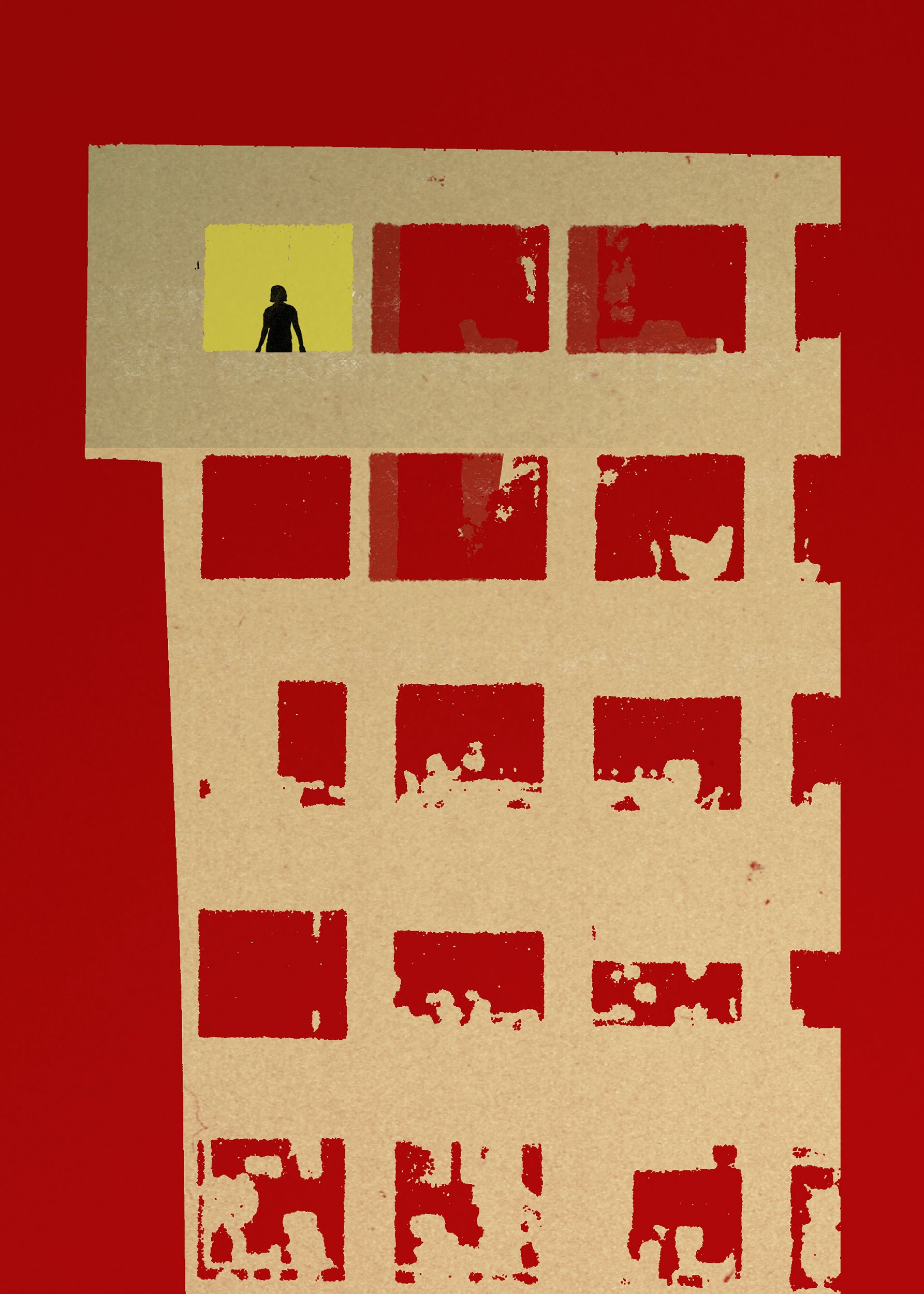 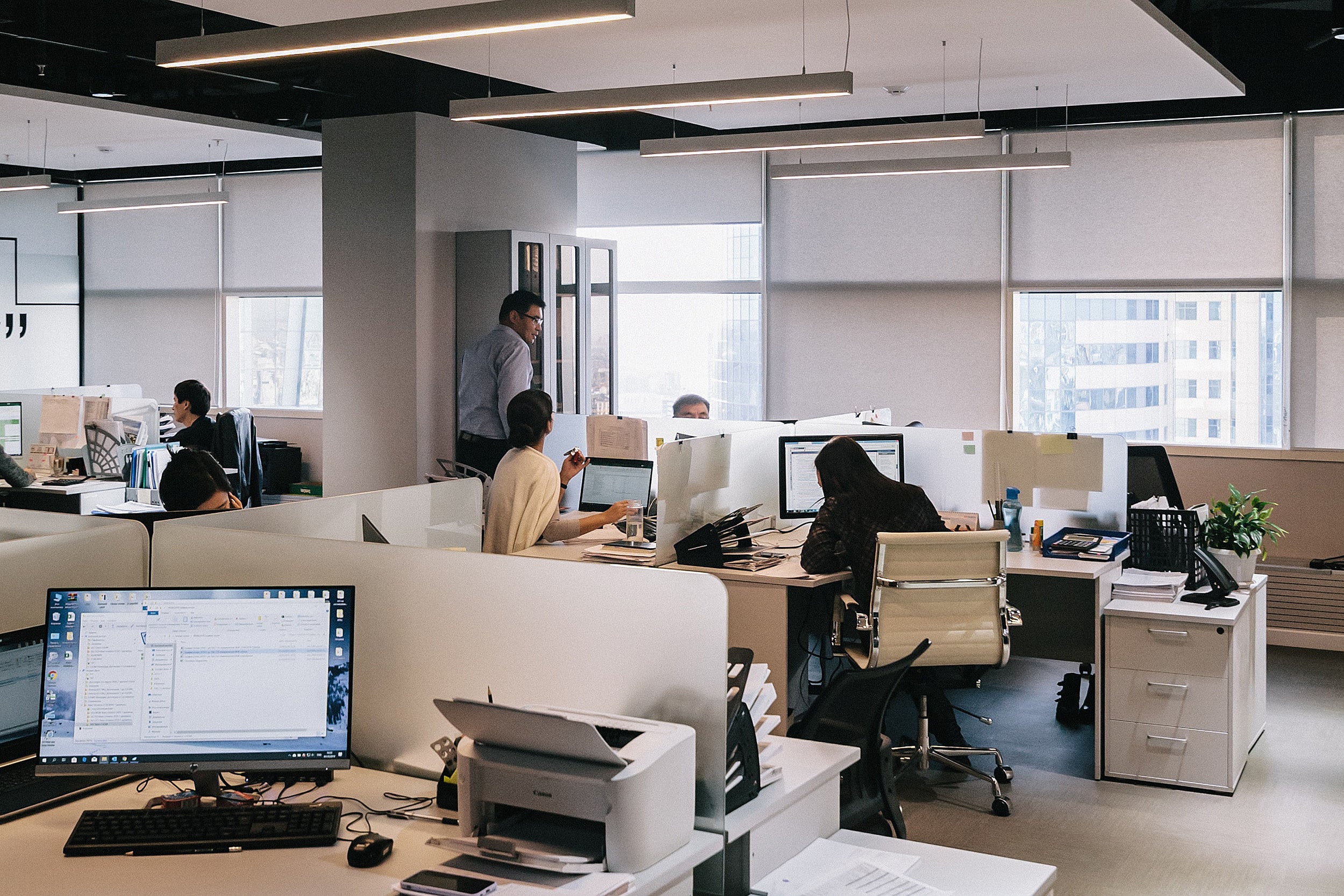 Looking at COVID-19 through healthy-building eyes