Experts are heartened by a new found interest in the "underappreciated and under-threat" insects.

Lockdown sparked a surge in interest in moths, with a rise in rare species spotted last year.

Sightings were up by about a third - and many counties across the UK recorded species new to their area.

Experts are heartened by a new found fascination for the insects, which they say are ecologically important but underappreciated and under threat.

They say July is the perfect month to find moths - and are calling for the public to go in search of them.

Mark Tunmore, editor of Atropos, the journal for butterfly, moth and dragonfly enthusiasts, said all the evidence points to a surge of interest during lockdown.

"It's not surprising in many ways, because moth trapping is an ideal activity for the garden," he said.

"All you need is a moth trap, which is something you can construct yourself or buy from specialist dealers, and once you've got that, you can run it in your garden and the moths come to you."

Data from the National Moth Recording Scheme suggests there was a rise of around a third in the numbers of people submitting sightings of moth species in 2020, while sales of moth traps also rose.

In Cheshire, seven species new to the county were recorded in 2020, including Light Feathered Rustic and Beautiful Marbled. Several species new to Cornwall were spotted in the county, and it was also a record year for numbers of some scarce migrant species such as Crimson Speckled, Slender Burnished Brass and Scar Bank Gem.

In Yorkshire, the number of annual moth records submitted rose by around a quarter in 2020. There was also a surge in interest in moth hunting in Shetland, with four species new to the islands recorded last year.

With many people desperate to find things to do in their own backyard during lockdown, moth trapping provided a distraction and interest, Mark Tunmore said.

"It's a whole new world once people start looking at moths and they're amazed by what's in their garden," he explained. "Even in a very simple garden you can have dozens or hundreds of species, potentially, recorded over a long period of time."

Moth traps are usually set up at night, and checked the following morning, although some moth species fly by day. The different species can be identified with the help of websites, apps and books.

Atropos, the charity Butterfly Conservation, and the UK Centre for Ecology & Hydrology (UKCEH) are hoping to build on lockdown efforts by getting the public involved in the annual Moth Night, which this year takes place over two days and nights (8 to 10 July).

They are calling on the public to submit their daytime and nighttime sightings of species, as well as photographs.

The aim is to try to dispel some of the negative myths around moths, which are important both as pollinators and sources of food for other wildlife.

Over the past 50 years, numbers of larger moths in Britain have declined by a third, due to habitat loss, climate change and pollution. Meanwhile, climate change also means that species favouring warmer weather have expanded their range across the UK.

"By submitting more records, the public is improving scientists' understanding of the impacts of environmental changes on moth populations and also British wildlife," said Dr David Roy of UKCEH.

This year's event has an emphasis on wetlands, which support wildlife and mitigate climate change, but - like moths - are under threat from human activities.

"Moths and wetlands have a lot in common, for they are both important for a variety of wildlife but are both underappreciated and under threat, " said Dr Richard Fox of Butterfly Conservation.

He added: "Moths have a reputation for targeting people's wardrobes but only two common species - out of 2,500 in this country - cause damage to fabrics."

Moths are somewhat overshadowed by butterflies, though they can be just as colourful and beautiful.

Moths and butterflies belong to the same group of flying insects - called Lepidoptera, or "scale wings" in Greek, but likely emerged at different times in the geological past.

There is no single answer to the question of how to tell them apart physically, but there are some clues, such as flying habits, wing position and the shape of the antennae.

Want to teach kids about nature? Insects can help 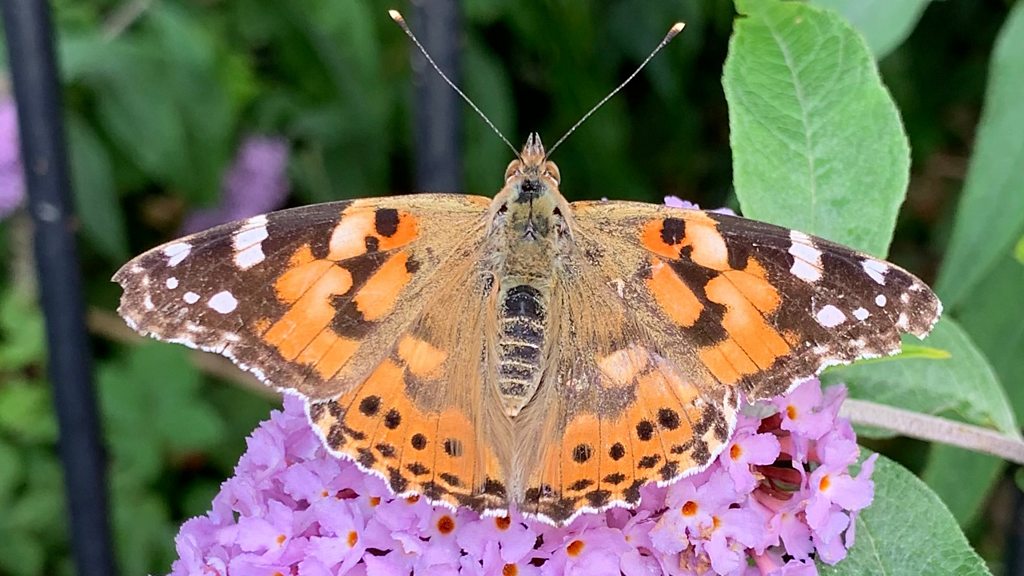