OPINION: Covid laid bare the scope of health disparities in the US and around the world. Research shows that trained lay people may be the best way to bring evidence-based care to those who need it most.

OPINION: Covid laid bare the scope of health disparities in the US and around the world. Research shows that trained lay people may be the best way to bring evidence-based care to those who need it most.

It’s no secret that the US health system is less than ideal, and that it is time to think outside the box. Some researchers are starting to evaluate one innovative solution for improving health care — community health workers (CHWs).

In 2017, researchers published the results of a study that included 300 of some of the most disadvantaged patients in Philadelphia — residents of high-poverty neighborhoods who had at least two chronic health issues, such as hypertension and nicotine addiction. Half met with CHWs, who may not have any formal training in medicine or mental health, but come from the same communities as the patients they serve, and therefore have a deep understanding of their experiences. Patients set a health goal, then met with CHWs to understand their social disadvantages, such as unstable housing and food insecurity.

Together, the CHWs and patients came up with an action plan to meet patients’ health goals, and CHWs provided individual support. For instance, if patients wanted more access to fresh produce that they could afford, the CHW might take them to a food pantry. CHWs checked in with patients once per week for six months — either calling, texting or visiting in person — and led patient support groups, so patients could create a support network for after the study finished. CHWs checked in regularly with patients’ doctors to provide updates or let them know if patients were running low on medications, for instance.

The results were promising.

By the end of the study, compared with patients who set health goals but didn’t meet with CHWs, those who participated in the intervention reported significantly better mental health. They also tended to smoke fewer cigarettes per day, and seemed less likely to be hospitalized after one year. A subsequent cost-benefit analysis found that every dollar spent on the CHW intervention would return nearly $2.50 in healthcare savings within a year.

In low-income countries, CHWs have long been key foot soldiers in the fight for public health, stepping in when people need help delivering babies, breastfeeding or learning how to prevent illnesses such as malaria, tuberculosis and HIV. According to the World Health Organization, CHWs’ efforts have helped reduce maternal and child mortality rates and lower the cost of treating malaria and tuberculosis.

In the US, CHWs have amazing potential to help address pressing health problems and ensure equal access to care.  Other research has shown that CHWs may help encourage patients to exercise and get screened for cancer.

During Covid, CHWs have proved invaluable in conducting contact tracing, providing  public health messaging about testing and vaccinations, and addressing  food insecurity and other social factors that can influence health. Using funds from the  American Rescue Plan, the US Department of Health and Human Services has invested $330 million in CHW services to support Covid-19 prevention and control, including outreach efforts for vaccinations.

As we emerge from the pandemic, we need to recognize the importance of CHWs. This is the moment to reimagine how health care is provided in our country, with an emphasis on increasing access for communities that have been marginalized and inadequately served. As trusted members of the communities they serve, CHWs should be central in this reimagining.

CHWs could be particularly helpful in the US and abroad in addressing the ongoing mental health crisis. Even before Covid, the American mental health workforce  wasn’t anywhere near adequate to serve the number of people needing treatment. Now, the need is greater than ever, as rates of depression, anxiety and substance abuse have  increased during the pandemic. People of color may especially benefit from a CHW-driven increase in the mental health workforce, as they often have a particularly hard time accessing mental health care and experience less  culturally relevant treatment.  For them, the need is urgent: People of color were more likely to  contract and die from Covid-19,  lose a loved one,  face unemployment and poverty, and  experience discrimination throughout the pandemic, all of which increase the risk of  mental health challenges.

This is the moment to reimagine how health care is provided in our country, with an emphasis on increasing access for communities that have been marginalized and inadequately served. As trusted members of the communities they serve, CHWs should be central in this reimagining.

In the US, CHWs frequently serve as a bridge to mental health services, conducting outreach and connecting community members to needed resources. Following Hurricane Katrina, CHWs were trained to provide mental health outreach. CHWs also have been embedded within health care settings — where they have the title of navigators — to help patients connect with resources, such as interventions and other social services for  families who have experienced adversity. One study found that low-income Latinos who went through an eight-week intervention led by trained Spanish-speaking CHWs — known as  promotores —  experienced greater improvements in symptoms of stress and depression than a control group.

CHWs can even provide evidence-based treatments, such as cognitive behavioral therapy, which are often inaccessible to people in low-income countries and underserved populations in wealthier nations such as the US. For example, some children living in Kenya and Tanzania who had lost a parent received an evidence-based treatment (trauma-focused cognitive behavior therapy) in which CHWs conducted groups with children and their caregivers that focused on the impact of trauma, coping strategies and processing the trauma of losing a parent.  Researchers found that most children who received the CHW-led treatment showed greater improvements in post-traumatic stress after 12 weeks than those who received usual care (mostly support with their schooling), and some maintained those improvements one year later.

Imagine how much good a similar program could do in the US, where roughly 40,000 children have lost at least one parent to Covid-19.

We know CHWs can have a significant impact on mental health, particularly with underserved populations. The question is, how do we pay for them?

Frequently, CHWs are funded by grants from research organizations or charitable foundations, which may only provide small stipends to volunteer CHWs. This is not a sustainable or equitable solution.

In March, the National Association of Community Health Workers released a bold national policy platform that included recommendations to integrate CHWs into leading efforts to address disparities from Covid-19 and make CHW services reimbursable through insurance. Fortunately, several states have already looked to introduce legislation to allow  CHW services to be reimbursable through Medicaid.

It is time to trust the individuals who are most trusted within their own communities. As we emerge from the pandemic, let’s work with CHWs to create health systems that truly promote physical and mental well-being for all people.

This article is part of  Reset: The Science of Crisis & Recovery , an ongoing series exploring how the world is navigating the coronavirus pandemic, its consequences and the way forward. Reset is supported by a grant from the Alfred P. Sloan Foundation.

Miya Barnett is an assistant professor of clinical psychology at the University of California, Santa Barbara, whose research focuses on how community health workers can improve mental health equity. 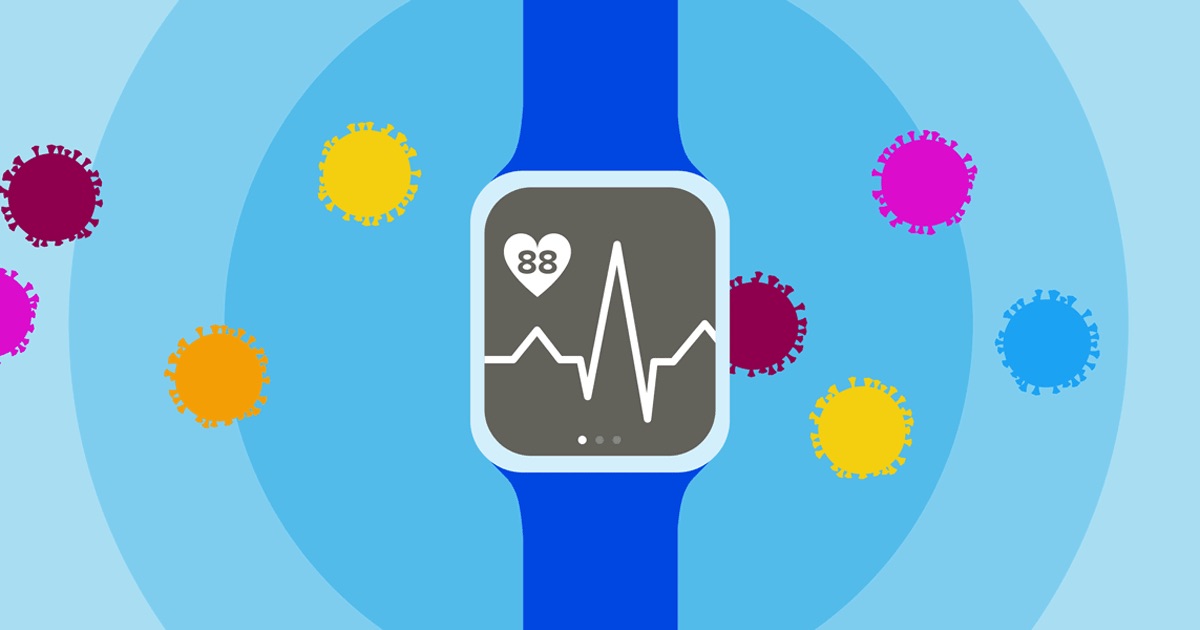 The dash to adapt smartwatches to help detect Covid infections