NASA mission will search for volcanoes on ‘hellish’ Venus

"If you send a spacecraft to the surface of Venus, which has been done several times, they only last a few minutes until the hot acid burns them up."

While much about Venus remains a mystery, a recently announced mission will search for active volcanoes and tectonic plate movements on Earth’s closest planetary neighbor.

Toward the end of this decade, a NASA spacecraft orbiting Venus is slated to begin sending radar signals through the planet’s thick, yellowish shroud of corrosive sulfuric acid clouds to measure the rise and fall of the planet’s hellish surface, centimeter by centimeter.

Venus is often called Earth’s sister planet or twin because the two worlds are of similar size and density. Yet the second rock from the sun is hot and inhospitable in the extreme.

“That’s one of the reasons we know so little about the surface,” says Howard Zebker, professor at Stanford University. “If you send a spacecraft to the surface of Venus, which has been done several times, they only last a few minutes until the hot acid burns them up.”

Zebker is a member of the science team for VERITAS, one of three missions to Venus announced in June 2021 by NASA and the European Space Agency. As part of the VERITAS mission—which is expected to launch around 2028-2030—instruments aboard the spacecraft will measure how long it takes radar signals to bounce back from a series of precise locations at different times. This will yield pairs of images that can be combined to reveal changes in altitude at the surface using a technique known as interferometric synthetic aperture radar, or InSAR.

Zebker pioneered algorithms and techniques that will help to guide these measurements and translate them into high-resolution 3D maps of any ongoing deformation of Venus’ outermost layer. On Earth, InSAR has been used to map uplift and subsidence related to groundwater pumping; to detect sinkholes; and to study glacier movements, earthquakes, volcanic eruptions, landslides, and more. But this is the first time the techniques will be used by spacecraft to identify active fault movements beyond our world.

While NASA’s Jet Propulsion Laboratory in Pasadena, California will manage the VERITAS (Venus Emissivity, Radio Science, InSAR, Topography & Spectroscopy) mission, students working in Zebker’s lab at Stanford will help to refine algorithms for the mission over the next several years and work to interpret the data that come in once VERITAS makes it into orbit.

Here, Zebker a professor of geophysics and electrical engineering, discusses his role in the VERITAS mission, how InSAR will help to answer key questions about volcanic activity and tectonic plates on Venus, why our hothouse twin may hold insights relevant to modeling of climate change on our own planet, and paths for interested students to get involved.

The post NASA mission will search for volcanoes on ‘hellish’ Venus appeared first on Futurity .

What questions about Venus will you be helping to answer?

VERITAS is primarily studying the surface and the interior of Venus. My part of this is in a search for what we call active crustal deformation, which tells us whether or not Venus is geologically active: Does it have active volcanoes, moving tectonic plates, and earthquakes ?

We know from the last radar mission, which flew in 1988, that there are structures on Venus that look like volcanoes and a few things that look like plate boundaries. The volcano-like structures don’t seem to be organized quite as neatly as they are on the Earth. But it could be that we just don’t know what to look for, and maybe our pictures were too blurry. And we have no idea if they are presently active or if they’ve been sitting dormant for a billion years. If Venus is currently active, this mission will help to determine whether Venus is active in the same way that Earth’s surface is active.

If we find absolutely no indication of current plate tectonics on Venus, that will tell us there has to be some other process for heat to escape the planet’s interior. It’s possible heat just builds up for a long time—a billion years, perhaps—and then all of a sudden, the entire surface is destroyed in a big cataclysm and everything turns over and melts and reforms.

What technology will you use in the search for geological activity?

We’ll use a radar instrument in a mode called interferometric synthetic aperture radar, or InSAR , which is my research group’s specialty. We will send radio waves from this instrument onboard the VERITAS spacecraft, and record subtle differences in the time it takes for those waves to bounce back from hard surfaces on Venus. With InSAR, we make multiple measurements of the same spot on the surface and we look for any kind of a change that occurred between those measurements, down to some fraction of a centimeter.

What are some of the key challenges you anticipate in collecting these images from Venus, and how can they be overcome?

Part of it is just unfamiliarity with what we’re looking for. We know how to operate InSAR to find an Earth-like volcano or earthquake fault. Maybe that’s what they’re going to look like on Venus, and maybe that’s the right way to process the data—but maybe it’s not.

The atmosphere for Venus is also much thicker than we have on Earth, and that will interfere with our radar signals. We don’t know how much buffeting the spacecraft will undergo. We’ll have to develop some algorithms that make it possible to take multiple measurements from the exact same spot—even in the presence of a largely turbulent and obstructing atmosphere—and without GPS, because nobody’s put GPS receivers or transmitters in orbit around Venus yet. Over the next several years, we will refine the techniques we have on Earth and study analogs to what we think some of the Venus features might be.

The data rate is another big issue. We can’t measure the full surface of Venus using InSAR because it’s very data intensive. We’ll pick the five or 10% of the surface that we think is most likely to have volcanoes and plate boundaries, and we’ll start looking there. Much of our work over the next seven years will be in trying to understand how to find the best targets for imaging.

How might this mission deliver insights about climate change on Earth?

Venus is an extreme example of what can happen to the Earth. The two planets are similar enough in distance from the sun, but Venus is much hotter because it has a runaway greenhouse effect. Radiation from the sun gets trapped in its atmosphere, which is where we’re headed with global warming.

The greenhouse effect on Venus is so extreme that it’s not an analog to Earth in that sense. However, in science, one of the ways we learn the most about things is by looking to see what happens in extreme cases. Because even if your model is only off by a little bit, when you go to the extreme case, then it’s off by a lot. And so, if we can actually constrain the models on that very hot, super runaway end, and you extrapolate it back to the conditions that we have on the Earth, it might very well help us say something about the likely impacts of continued warming on the Earth, now caused by changes in the gas mixture of the atmosphere.

What are the pathways for future undergraduate and graduate students to get involved with this type of project?

It helps to have people who think space is cool. That’s probably the first requirement.

Then the path is to begin preparing themselves for doing quantitative scientific data analysis. Practically, it means they need to understand basic math and physics. We really do build on the basic principles that students start to learn in high school physics and coding classes. There are some specialized things they will learn at the graduate level. For undergraduates, it would be helpful to get exposure to working with and analyzing real data, whether that’s through geophysics, applied physics, math, or engineering.

I’m hoping to have one graduate student and then a couple of summer undergraduate researchers over the next seven years until we get to our launch, and then we’ll ramp up because we’ll actually have data to work with. We’ll try to write some codes to anticipate interference we’ll encounter on Venus. Students will need to learn how to make code reliable and robust. 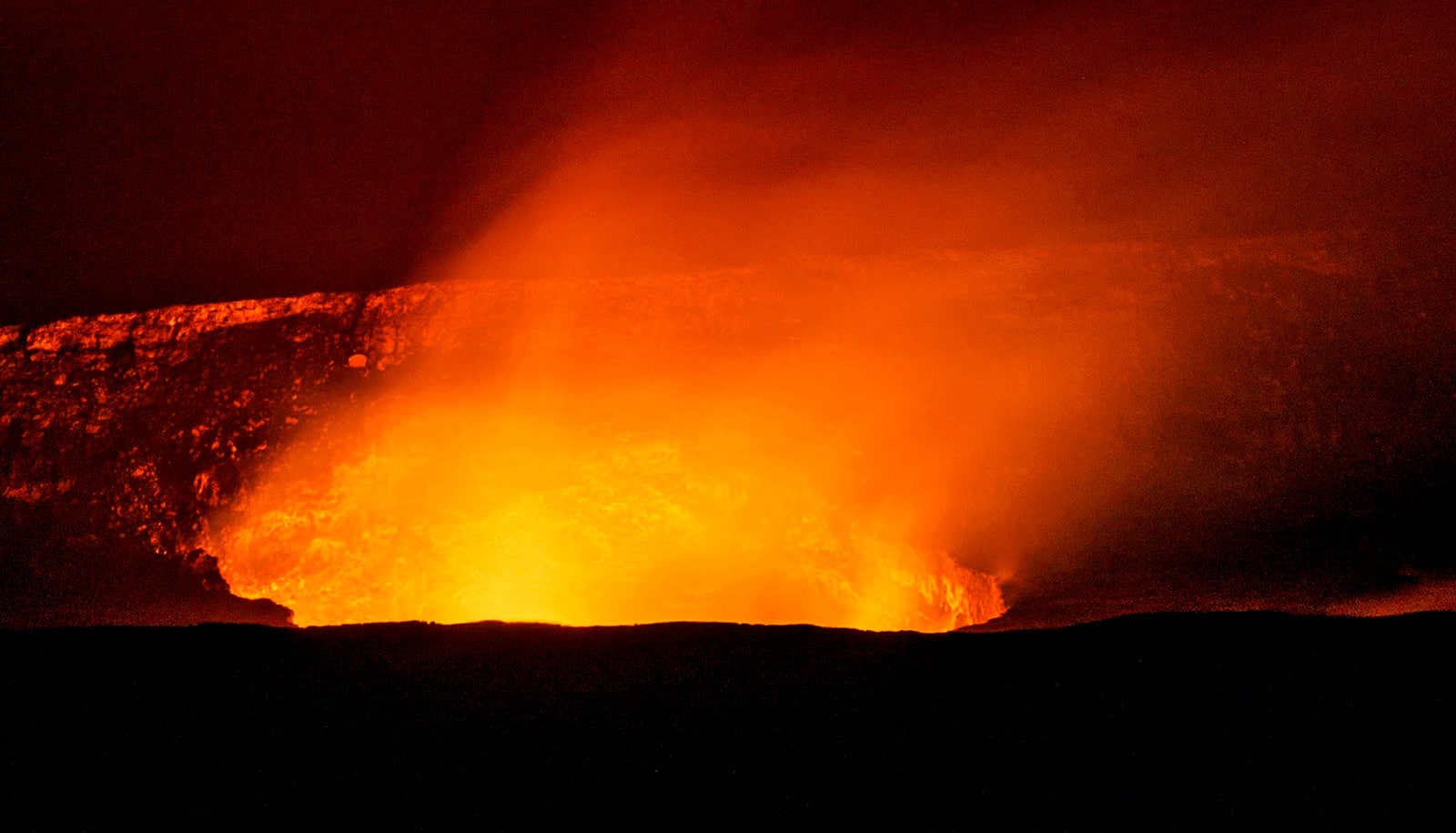 Did volcanoes turn Venus into a ‘hellish’ planet?