The science of habits

If you’re trying to break a bad habit or start a good one, psychologists have some tips

The science of habits

If you’re trying to break a bad habit or start a good one, psychologists have some tips

For many of us, the past year has disrupted deeply ingrained habits. Some people report exercising less, others are  drinking more. As we look forward to life returning to some semblance of normal, it’s worth considering what scientists have learned about how to create good habits and break bad ones.

Habits are like shortcuts — they’re things we can do quickly and without thinking because we’ve done them so often they’ve become automatic, says behavioral scientist Katy Milkman of the University of Pennsylvania.

One important feature of habits is that they’re triggered by cues in our surroundings, says Wendy Wood, a social psychologist at the University of Southern California whose research focuses on how we form and change habits. The trigger could be a time of day, a particular place or a different activity. Getting out of bed each morning and shuffling to the kitchen, for example, might trigger you to scoop some beans into a grinder and go through the motions of making coffee. Habitual behaviors generally offer a reward — in this case, a freshly brewed cup.

In an ideal world, good habits such as exercising, healthy eating and reading would be as easy to acquire as brewing coffee. Unfortunately, that’s frequently not the case. “Oftentimes, the things that are immediately rewarding in our environment are not the things that meet our long-term goals,” Wood says. “We haven’t managed to organize the environment in a way that allows us to easily form good habits.”

So, how might we go about doing that? Knowable talked to an array of behavioral scientists to learn more.

We’ve long been told by society that the new year is the perfect time to make a fresh start. Milkman agrees, but she points out that the year is filled with additional opportunities — such as birthdays, holidays and even ordinary Mondays. Her research has shown that people are more likely to visit the gym around fresh-start dates like these.

Because changing habits means disrupting your routine, it can be more effective to add new behaviors or remove unwanted ones when other big changes are happening, adds Wood — such as when you move, change jobs or go on vacation. During the pandemic, for example, many people got into the habit of cooking more at home and therefore eating healthier, she says.

But a fresh start alone isn’t enough. The majority of New Year’s resolutions don’t succeed, after all. “Most stuff requires more than a single moment of motivation,” Milkman says.

Timing is important for making good behavior stick. “The rewards for habit formation need to be immediate,” says Wood, who coauthored a paper on the science of habits in the  Annual Review of Psychology. That’s because dopamine, a neurotransmitter that plays a key role in reinforcing behaviors in the brain’s reward pathway, operates on a time frame of seconds.

Unfortunately, many desirable behaviors don’t have immediate rewards. For example, if you take up running for the first time, it will likely be difficult and painful for the first week or two, and the benefits won’t be apparent so quickly. This lack of immediate gratification can be de-motivating. On the other hand, sitting on the couch and watching a movie brings an immediate reward — so it’s easier to make a habit of it.

Given dopamine’s short timeline, Wood says strategies that rely on long-term rewards, like paying people weekly or monthly if they exercise more, don’t build habits. They’re not tapping into the brain’s habit-learning mechanisms. So you need a different strategy. Milkman, for example, used to allow herself to listen to her Harry Potter audiobooks only when she was at the gym. That way, exercising gave her the immediate gratification of hearing the next chapter of a compelling book and helped her build the workout habit.

The initial change of integrating a new behavior into your routine is the hardest, says Elliot Berkman, a psychologist specializing in addiction, goal-setting and motivation at the University of Oregon. “It does often feel contrived and forced.” But he advises that people should take that weird, uncomfortable feeling as a sign that they’re developing a habit.

Consistency is important when establishing new habits, researchers say, but there is also a danger of being too rigid. Milkman and her research collaborator, economist John Beshears of the Harvard School of Business, learned this lesson when they worked with Google on how to get the company’s employees to exercise more at the on-site gym. In her new book How to Change , she describes a study in which she and Beshears split 2,500 employees into two groups: one that received a reward if they went to the fitness center every day at the same time for a month and another that received a reward for working out every day, regardless of the time of day.

Milkman hypothesized that the group with stricter guidelines would build stronger habits. That’s not what happened. In reality, when people in that group weren’t able to go at their designated time, they ended up not going at all. Those in the other group just found another time. Forty weeks later, people in the group that had more flexibility were still exercising more often than the others.

A new habit needs to begin with smaller steps, says Alan Stacy, who studies health habits and addiction at Claremont Graduate University in California and coauthored a paper on addiction in the  Annual Review of Clinical Psychology. With running, for example, Stacy suggests that the first step might be to find a time — waking up 20 minutes earlier or using part of your lunch break. The next step might be to set up cues that keep leading you in the right direction, such as putting on your running shoes before having your morning coffee so you’re all ready to go and less likely to abandon your plan. (Or go a step further, and sleep in your running clothes, as  Wood has done in order to “remove friction” from her desired goal.)

Stacy’s research on promoting healthy habits such as condom use among drug users also illustrates the importance of preparation. In one study, enrollees in an educational program for drug offenders received basic information about the health benefits of condoms. Roughly a third of them also did exercises on a computer that presented them with choices for handling various situations, such as whether to put condoms in their pocket or purse before going to a party or bar. Then the computer program prompted them to visualize what they would do if they ended up leaving home without condoms and asked them to describe the steps they would take in their own words.

Compared with participants who only got the health information, those who did this additional exercise and practice steps reported more frequent condom use when the researchers checked in on them three months later. “People need to get ready for the behavior,” Stacy says. Breaking the behavior down into smaller steps and tying it into a concrete chain of activity can help reinforce it.

Most of us know which behaviors are beneficial and which are detrimental. So why do we still do things we know are bad for us? This was the question that drew Stacy to this area of research. Growing up, his father was addicted to alcohol and later, when Stacy worked as a musician, he saw people overusing alcohol and drugs despite knowing the consequences. “I was always interested in why people do things when they have the knowledge,” he says.

Some of the strategies that researchers recommend for creating habits, such as preparation, can also help people break them. Stacy and his team are developing an app to help people with drug, cigarette or alcohol addictions choose alternative behaviors they can plan in advance. Being around other smokers, for example, can trigger the urge to smoke. The app presents alternatives such as walking away to get a coffee instead. Stacy and his colleagues are currently testing the idea that rehearsing these alternatives beforehand with the app, which gives feedback about progress, will help people become more likely to actually do them when the situation arises.

Understanding the motivations and triggers for a habit can also help to break it. Berkman and his team are working on a project to see if smokers trying to quit using nicotine replacement therapy are further helped by thinking about all the ways that cigarettes are embedded in their lives. “It gets built into your whole world,” Berkman says. For one person, smoking may be a way to take a break from work. So helping that person find another way to serve that same function — maybe taking 10 minutes every couple of hours to chat with a friend or read a magazine — gives them other ways to fill the need of having a break. For another person, the physical aspect of holding something in their hand might be more important, and so replacing smoking with an activity like knitting could help.

Wood suggests trying to take time to think instead of acting on autopilot — say reflexively pouring a second glass of wine after finishing the first. People tend to fall back on their habits when they’re distracted or feel pressed for time, she says. But when they have a few moments to think about their actions, they can make better decisions.

How long does it take to make a new habit or truly break an old one? Unfortunately, there’s no magic number, says Benjamin Gardner, a social and health psychologist at Cambridge University. Studies of habit formation generally suggest a timeframe that ranges from a couple of weeks to a couple of months.

People often assume you either have a habit or you don’t, Gardner says. “But it varies on a continuum.” And even once you have formed a habit, it is always possible to backslide. The good news, however, is that it’s easier to rebuild that good habit than to create one from scratch — how easy depends on how strong the habit was to begin with. Gardner compares the process to water finding its path again: Even if it’s been dry for a while, you can still see the remnants of the trench.

The Covid-19 vaccines and our ability to go, at least somewhat, back to our pre-pandemic way of life is yet another life-changing event. This new chapter could be a good opportunity for making changes — creating good habits and trying to break some bad ones. It won’t necessarily be easy, but by harnessing strategies like making fresh starts, building in immediate rewards and replacing unwanted behaviors with desired ones, it might not be as hard as we fear.

Stephanie Parker is a writer living in Switzerland. Her best habit is a daily yoga practice and her worst is mindlessly watching hours of Netflix. You can follow her on twitter @sparkersays and see more of her work at  stephaniedparker.com. 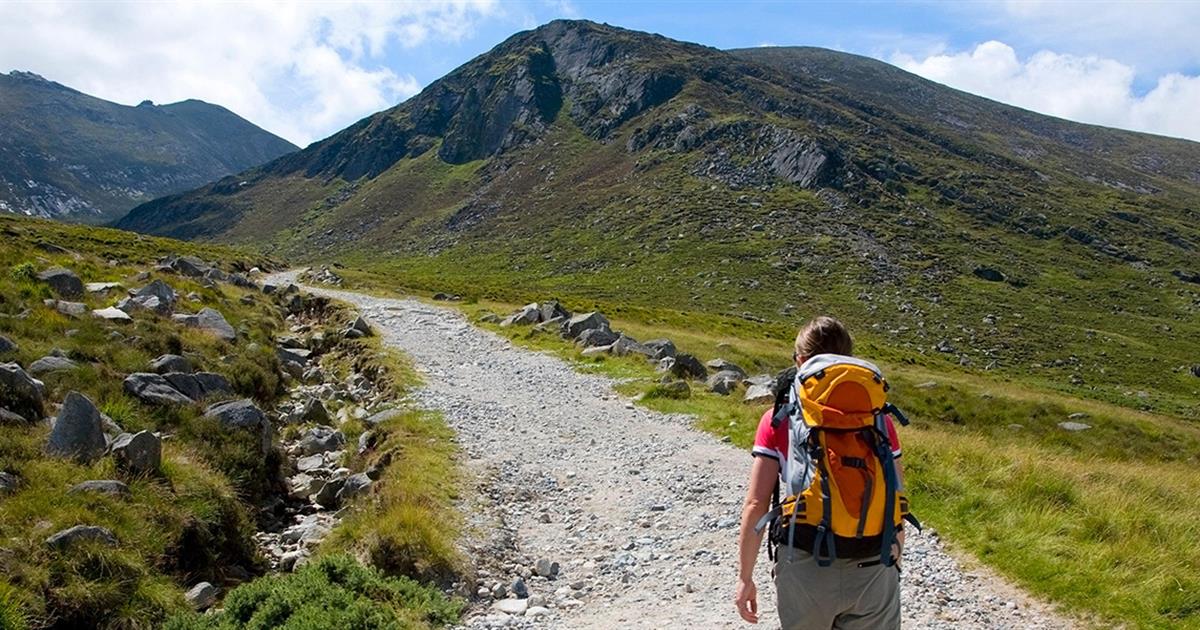 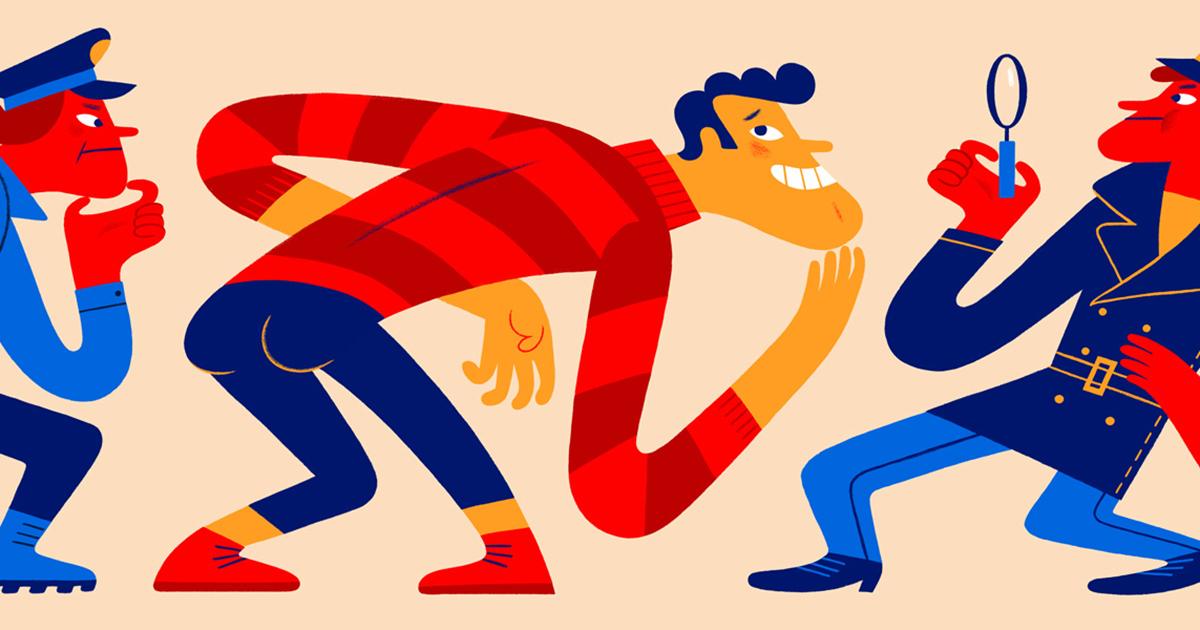 The truth about lying