The 13m-long, 20-tonne Nauka laboratory is finally going into orbit after a delay of 14 years.

A Russian rocket has departed the Baikonur Cosmodrome, Kazakhstan, to deliver a new science module to the International space station (ISS).

The 13m-long, 20-tonne Nauka laboratory will go on the rear of the orbiting platform, connected to the other major Russian segments, Zvezda and Zarya.

The new module carries with it a large robotic arm (ERA) supplied by the European Space Agency (Esa).

Nauka is much delayed. It was originally supposed to launch in 2007.

But it suffered repeated slips in schedule, in part because of budget difficulties but also because engineers encountered a raft of technical problems during development.

The module will result in a significant boost in habitable volume for the ISS, raising it by 70 cubic metres.

Cosmonauts will use the extra space to conduct experiments and to store cargo. They'll also use it as a rest area.

The last sizeable Russian segment sent to the station was Rassvet. This 6m-long storage unit was lifted into place in 2010 by one of the last US shuttle flights.

Nauka goes up just as Russia has been questioning its future role in the ISS project.

Moscow officials recently warned about the more-than-20-year age of some of their on-orbit hardware and intimated the country could pull out of the station in 2025. And Russia has shown little interest in joining the US-led lunar platform, known as the Gateway, which will be assembled this decade.

The ERA was completed so long ago that it had to be put in storage.

Engineers would occasionally pull it out to test its systems.

The ERA will be able to operate all around the Russian end of the ISS. With the aid of an "elbow" joint, it will shift position by moving hand over hand.

It's capable of grappling components of up to eight tonnes in mass with a precision of 5mm.

ISS crewmembers will also be able to use the arm to move themselves when on a spacewalk.

Nauka's flight to the ISS will take just over the week.

Controllers need first to remove a freighter and an old docking port from the location where the new module will be linked to the station.

Final attachment is not expected until 29 July at the earliest. 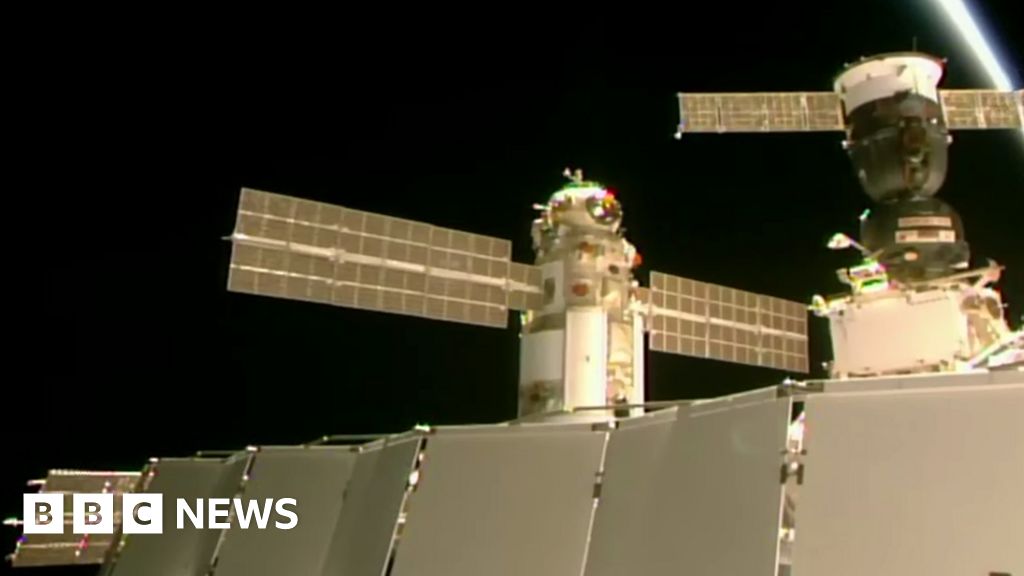 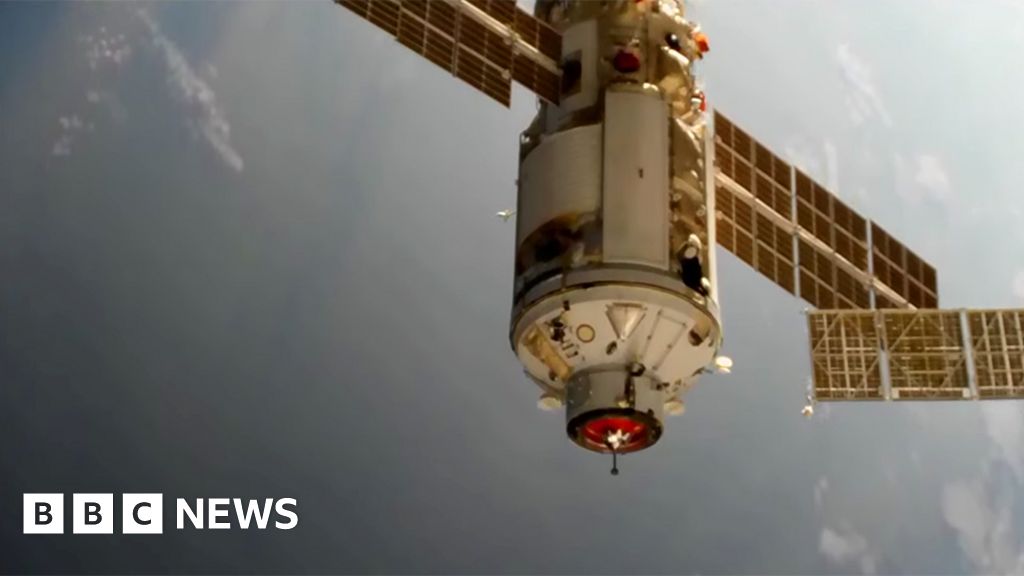