A strangely shaped spot on the surface of a baby star 450 million light-years away reveals new insights into how our solar system formed.

It also offers clues about the forces at play when our sun was in its infancy.

The familiar star at the center of our solar system has had billions of years to mature and ultimately provide life-giving energy to us here on Earth. But a very long time ago, our sun was just a growing baby star. What did the sun look like when it was so young?

That’s long been a mystery that, if solved, could teach us about the formation of our solar system —so-named because sol is the Latin word for sun—and other stellar systems made up of planets and cosmic objects orbiting stars.

“We’ve detected thousands of planets in other stellar systems in our galaxy, but where did all of these planets come from? Where did Earth come from? That’s what really drives me,” says Catherine Espaillat, associate professor of astronomy at Boston University and lead author of the new paper in Nature .

When a baby star is forming, Espaillat explains, it eats up dust and gas particles swirling around it in what’s called a protoplanetary disk. The particles slam into the surface of the star in a process called accretion.

“This is the same process the sun went through,” Espaillat says.

Protoplanetary disks are found within magnetized molecular clouds, which throughout the universe are known by astronomers to be breeding grounds for the formation of new stars. It’s been theorized that the protoplanetary disks and the stars are connected by a magnetic field, and the particles follow the field on to the star. As particles collide into the surface of the growing star, hot spots—which are extremely hot and dense—form at the focal points of the accretion process.

Looking at a young star about 450 million light-years away from Earth, Espaillat and her team’s observations confirm, for the first time, the accuracy of astronomers’ accretion models developed to predict the formation of hot spots. Those computer models have until now relied on algorithms that calculate how the structure of magnetic fields direct particles from protoplanetary disks to crash into specific points on the surface of growing stars. Now, observable data backs those calculations.

The team closely studied a young star called GM Aur, located in the Taurus-Auriga molecular cloud of the Milky Way. It’s currently impossible to photograph the surface of such a faraway star, Espaillat says, but other types of images are possible given that different parts of a star’s surface emit light in different wavelengths.

This particular star, GM Aur, makes a full rotation in about one week, and in that time the brightness levels are expected to peak and wane as the brighter hot spot turns away from Earth and then back around to face our planet again. But when the team first lined up their data side by side, they were stumped by what they saw.

“We saw that there was an offset [in the data] by a day,” Espaillat says. Instead of all light wavelengths peaking at the same time, UV light was at its brightest about a day before all the other wavelengths reached their peak. At first, they thought they may have gathered inaccurate data.

“We went over the data so many times, double-checked the timing, and realized this was not an error,” she says. They discovered that the hot spot itself is not totally uniform, and it has an area within it that is even hotter than the rest of it.

“The hot spot is not a perfect circle… it’s more like a bow with one part of the bow that is hotter and denser than the rest,” Espaillat says. The unique shape explains the misalignment in the light wavelength data. This is a phenomenon in a hot spot never previously detected.

“This [study] teaches us that the hot spots are footprints on the stellar surface created by the magnetic field,” Espaillat says. At one time, the sun also had hot spots—different from sunspots, which are areas of our sun that are cooler than the rest of its surface—concentrated in the areas where it was eating up particles from a surrounding protoplanetary disk of gas and dust.

Eventually, protoplanetary disks fade away, leaving behind stars, planets, and other cosmic objects that make up a stellar system, Espaillat says. There is still evidence of the protoplanetary disk that fueled our solar system, she says, found in the existence of our asteroid belt and all the planets. Espaillat says that studying young stars that share similar properties with our sun is key to understanding the birth of our own planet.

NASA and the National Science Foundation funded the work. 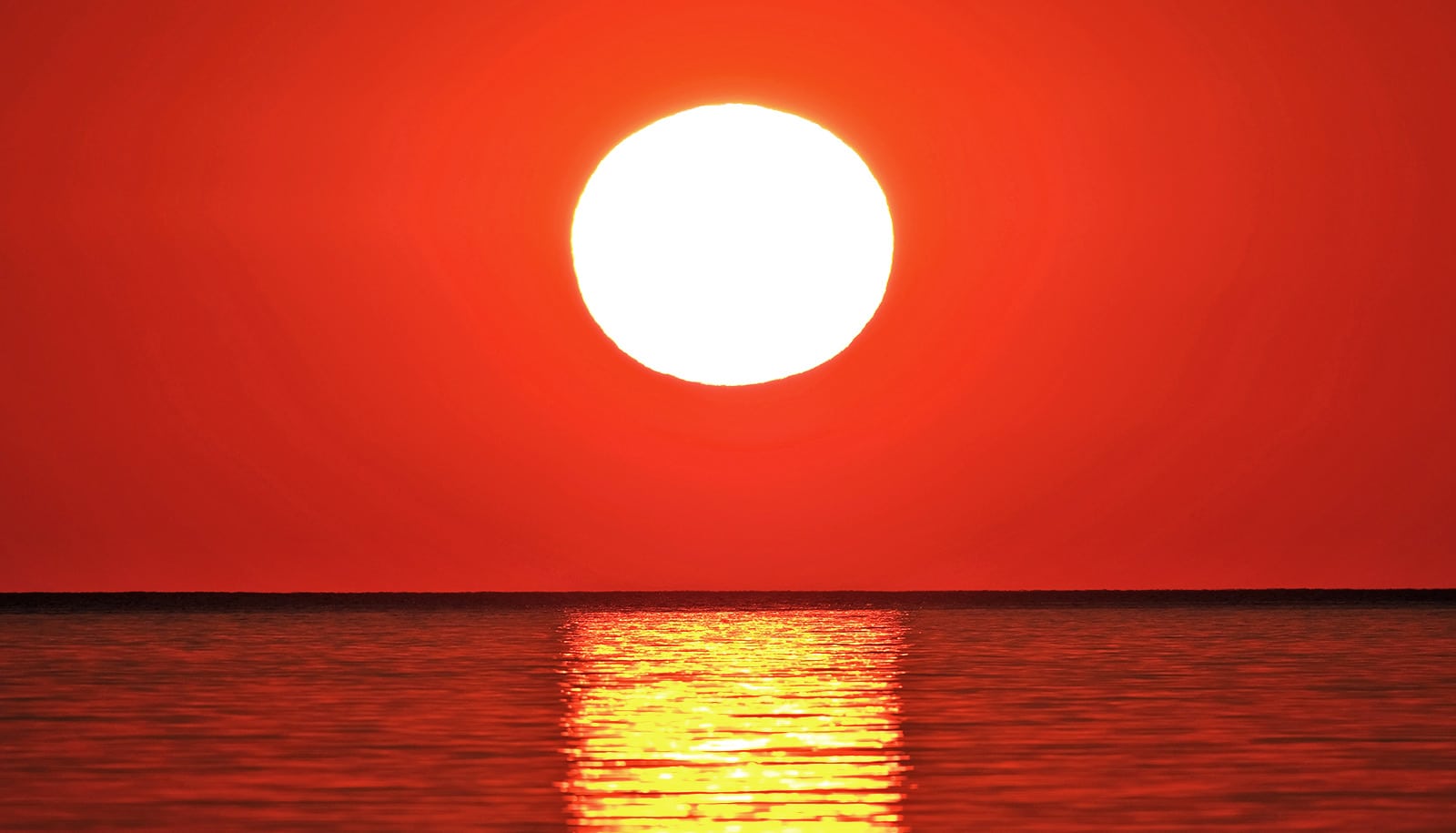 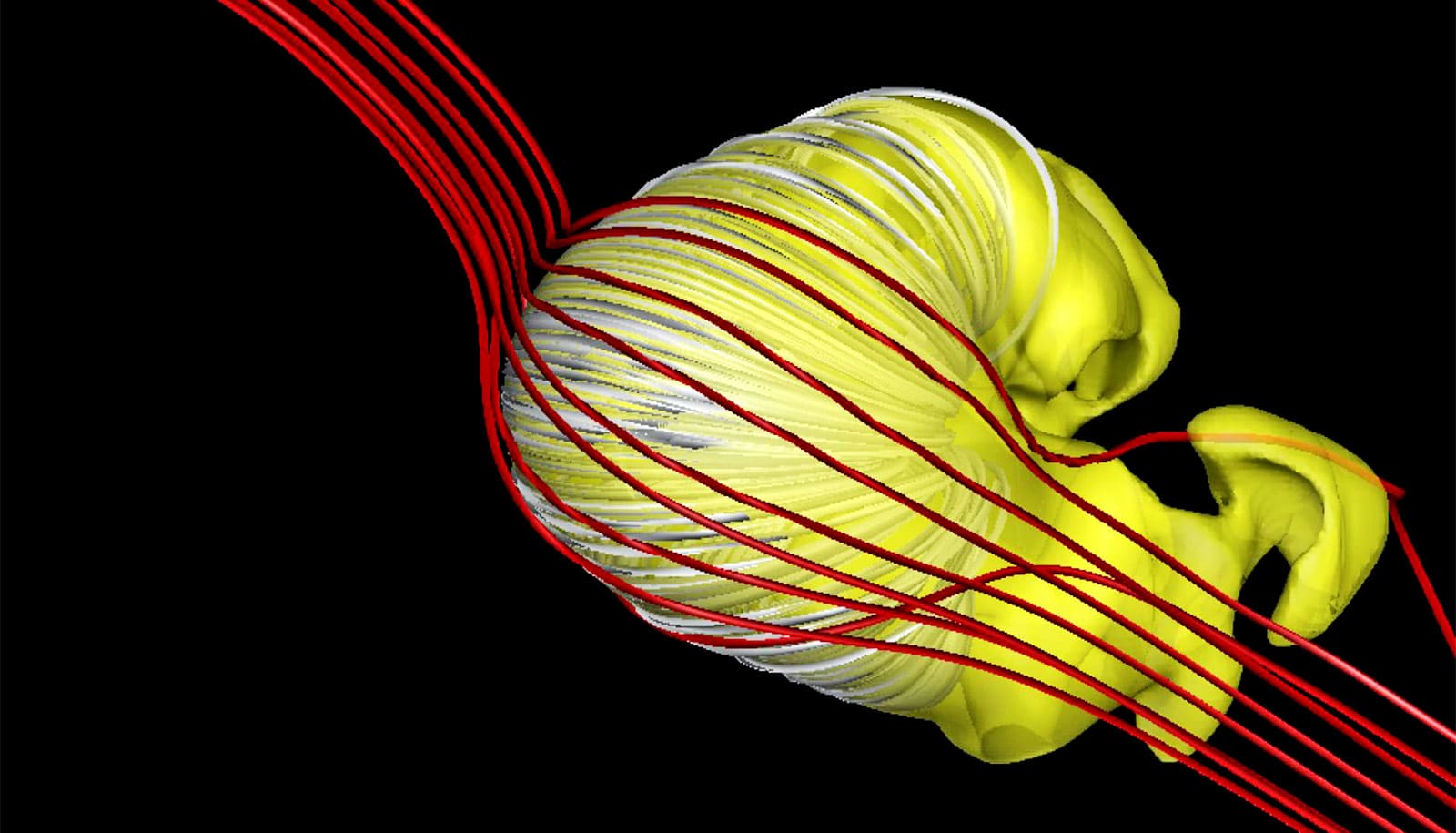 Is this what our solar system’s ‘force field’ looks like?