Gene helps put stripes and blotches on cats of all sizes

New research on cat fur patterns links a specific gene to the stripes, blotches, and spots on domestic cats and their large wild relatives.

Researchers have discovered a specific gene that drives much of the development of the stripes, blotches, and spots that decorate cat fur with patterns.

“Color patterns are one of these unsolved biological mysteries; there’s no go-to model organism to study it—mice don’t have stripes or spots,” says Gregory Barsh, professor emeritus of genetics at Stanford University School of Medicine.

“The color patterns and variability that you see in animals like tigers , cheetahs, and zebras prompted some central questions for us: What are the developmental genetic mechanisms and the cellular mechanisms that give rise to these patterns and how have they been altered during mammalian evolution to give rise to the amazing diversity of shape and form we see today?”

Barsh and his team have answered part of that question: They have identified a gene, DKK4, that helps regulate the early development of the different fur patterns in domestic cats . DKK4, the team suspects, is likely involved in color patterns in all cats and perhaps other mammals, too.

A clue in skin tissue

The researchers previously identified a different gene that controls coat color variation in tabby cats. It’s the same gene that accounts for the difference between cheetahs and king cheetahs, which have thicker, more prominent fur patterns.

“We knew from studying domestic cats that there were other genes that contributed to color pattern formation; we just didn’t know what they were,” Barsh says.

They found a clue in fetal cat tissue that seemed to foreshadow fur color: a thickening of the skin tissue in certain areas. These thickened regions constitute a “prepattern” that mimics the eventual color patterns in an adult cat’s fur. The thick area marks the patches of fur that will later be darker; the thin area marks the patches that will be lighter.

“We call this step ‘establishment,’ and it happens long before color appears and long before hair follicles are mature,” Barsh says.

The prepattern provided a map of sorts for the researchers, indicating cells involved in creating the pattern and the time when the pattern formed. The researchers then inspected the genetic makeup of individual cells in the thick and thin regions of skin. DKK4 was particularly active in the thickened skin, but not in skin that had remained relatively thin.

But to really lock in the connection between DKK4 and early pattern formation, the team turned to the Abyssinian cat. Abyssinians are known for sporting a blur of colors in their coat, with tiny, darker markings squished together, as if someone used a pencil to lightly shade a layer of gray on top of their orangish-brown coat. Barsh and his team identified disrupting mutations in the DKK4 gene responsible for the Abyssinian cat’s apparent lack of tabby markings, a look that’s called “ticked.”

“If you remove DKK4, the dark areas don’t go away entirely, but they become smaller and more packed together,” Barsh says.

You may be wondering, what about all-white cats? Or all-black cats? They, too, are patterned underneath their monochrome swath of fur. There are two distinct processes that make a color pattern: One that forms the pattern during embryonic development and one that translates the pattern into pigment produced in hair follicles. In solid-colored cats, the pattern is essentially overridden by instructions to produce dark pigment everywhere. In white cats, the pigment is lacking.

Scientists don’t know exactly how DKK4 paints the array of color patterns domestic cats sport, but they do know DKK4 interacts with a class of proteins called WNTs, which are crucial in early development. WNTs and DKK4 help to form a prepattern when embryos are only two or three millimeters in length, weeks before pigment is produced in hairs. DKK4 is involved in marking areas that will eventually have darkly pigmented hairs, Barsh says, but how these skin areas remember their fate to induce target pigment is unclear.

“This is one of the big unanswered questions in our work—how to connect the process of prepattern formation to the process that implements the pattern later in development,” he says. “That’s something that we’re actively trying to figure out.”

On top of that, DKK4 is only part of the answer to the mysterious genetics dictating fur patterns. “There are still other genes that are behind why, for instance, some cats have spots and why some cats have stripes,” Barsh says. Looking into that is on their list, too.

Funding for the work came from the HudsonAlpha Institute for Biotechnology and the National Institutes of Health. Stanford’s genetics department also supported the work.

The post Gene helps put stripes and blotches on cats of all sizes appeared first on Futurity . 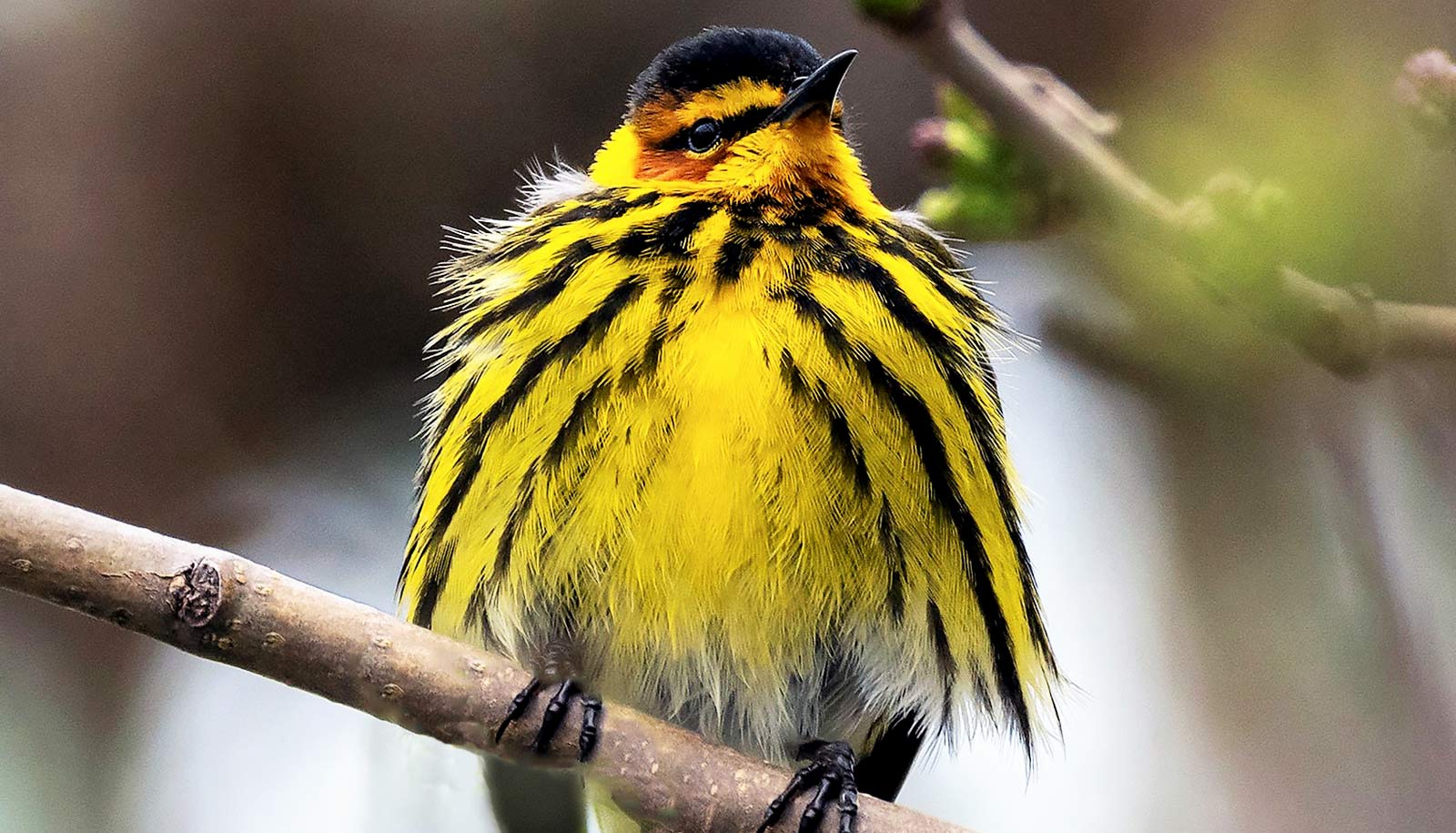 Why so many colorful little warblers? These 2 genes