Many Issues Make September 11 a Difficult Subject to Teach

Nagla Bedir did not talk about the September 11 terrorist attacks with her high school students last year. The New Jersey teacher was holding classes online because of the pandemic, and it was a discussion she only wanted to have in person.

This year, on the 20th anniversary and with the Afghanistan war ending, September 11 – or 9/11 – is an issue she cannot avoid.

She has questions she plans to ask students in her international diplomacy class: What do you know about 9/11, why it happened, and what happened afterwards? And how is it connected to Afghanistan?

“I think it’s really important that teachers don’t shy away from teaching about these things,” Bedir said. She is a co-founder of the organization Teaching While Muslim.

Many educators worry about teaching anything that is considered political, she said. “I think it’s really unfortunate,” Bedir added, “because there is so much misinformation and disinformation in the world.”

Today’s students do not remember September 11, but they have heard about it all their lives.

Jennifer Grygiel is a professor at Syracuse University in New York. She researches social media and the internet. She said that if students are not given factual information that helps them understand what happened and why, students could start to believe conspiracies – theories that claim an event was a secret plan carried out by usually powerful people or groups.

“In the absence of information, people go online,” Grygiel said.

Kathy Durham is a history teacher in the state of Nevada. She uses 9/11 to teach her high school students about primary sources. She shows her students documentary films and old news coverage. She also requires them to talk to adults who remember that day.

Sometimes students claim the attacks were a government conspiracy. Durham said she pushes them to examine the truthfulness of sources and evidence.

“It’s really, really a delicate thing, because my job is to teach kids to think and not tell them what to think,” Durham said.

Some schools teach about 9/11 around the anniversary or briefly discuss it in history classes. But the way the attacks are taught are often up to the teacher, even in states where 9/11 lessons are required.

Teaching 9/11 “has largely been memorializing the events versus really digging into the context of 9/11 and the ongoing sort of results of 9/11,” said Jeremy Stoddard. He is a University of Wisconsin professor who has researched the subject.

In the years immediately after the attacks, 9/11 was a very emotional subject for students. But with students now distanced from it, it can be difficult keeping students interested, said Anthony Gardner. He is the founder of the September 11th Education Trust.

The organization recently released a plan to help teachers use 9/11-related lessons on the anniversary as well as throughout the year. Gardner, who lost his brother on 9/11, said it is important that students hear about people who died that day, related deaths that came later, and the lessons learned.

Corey Winchester is a high school history teacher in Illinois. He tries to teach about 9/11 not just as a single event, but “something that we’re still interacting with.”

For some teachers, telling personal stories helps students learn the wide effects of 9/11. Liz Prince is having her fifth graders in Mississippi record a discussion with someone they know about a September 11 experience.

Back in New Jersey, Bedir plans to teach what happened and then have students explore the U.S. involvement in Afghanistan before 2001. She will also share her own experience, when she was a student herself.

Bedir was 11 at the time and attending school. The World Trade Center’s Twin Towers were visible from the school grounds.

Her parents feared for her safety as anti-Muslim opinions grew after the attacks. She said her parents stopped her from starting to wear a hijab. She ended up waiting 10 more years before she covered her hair.

Kantele Franco and David Klepper reported this story for The Associated Press. Dan Novak adapted it for VOA Learning English. Ashley Thompson was the editor.

shy from — phrasal verb. to try to avoid (something) because of nervousness, fear, dislike, etc.​

primary sources — n. a document or story created at the time of an historic event​

memorialize — v. to do or create something that causes people to remember (a person, thing, or event)​

context — n. the words that are used with a certain word or phrase and that help to explain its meaning​

interact — v. to talk or do things with other people​

visible — adj. able to be seen​

hijab — n. a head covering worn in public by some Muslim women 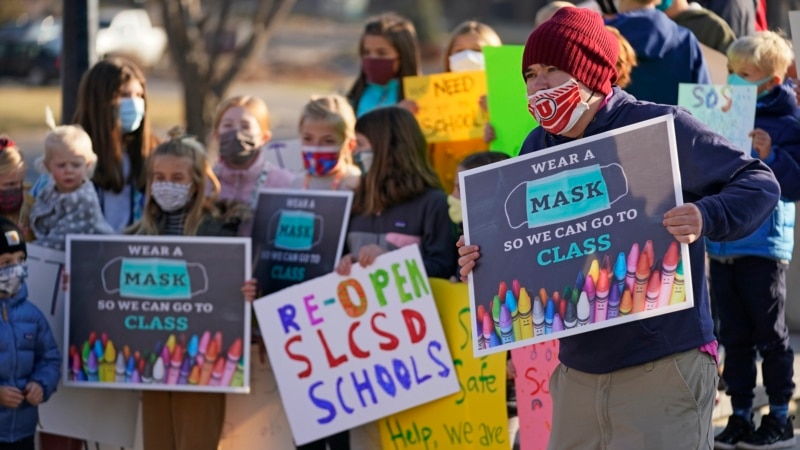 2020 Was a Difficult Year for Teachers and Learners