SMART nanosensors are safer and less tedious than existing techniques for testing plants’ response to compounds such as herbicides.

Researchers from the Disruptive and Sustainable Technologies for Agricultural Precision (DiSTAP) interdisciplinary research group of the Singapore-MIT Alliance for Research and Technology (SMART), MIT’s research enterprise in Singapore, and their local collaborators from Temasek Life Sciences Laboratory (TLL) and Nanyang Technological University (NTU), have developed the first-ever nanosensor to enable rapid testing of synthetic auxin plant hormones. The novel nanosensors are safer and less tedious than existing techniques for testing plants’ response to compounds such as herbicide, and can be transformative in improving agricultural production and our understanding of plant growth.

The scientists designed sensors for two plant hormones — 1-naphthalene acetic acid (NAA) and 2,4-dichlorophenoxyacetic acid (2,4-D) — which are used extensively in the farming industry for regulating plant growth and as herbicides, respectively. Current methods to detect NAA and 2,4-D cause damage to plants, and are unable to provide real-time in vivo monitoring and information.

Based on the concept of corona phase molecular recognition (​​CoPhMoRe) pioneered by the Strano Lab at SMART DiSTAP and MIT, the new sensors are able to detect the presence of NAA and 2,4-D in living plants at a swift pace, providing plant information in real-time, without causing any harm. The team has successfully tested both sensors on a number of everyday crops including pak choi, spinach, and rice across various planting mediums such as soil, hydroponic, and plant tissue culture.

“Our CoPhMoRe technique has previously been used to detect compounds such as hydrogen peroxide and heavy-metal pollutants like arsenic — but this is the first successful case of CoPhMoRe sensors developed for detecting plant phytohormones that regulate plant growth and physiology, such as sprays to prevent premature flowering and dropping of fruits,” says DiSTAP co-lead principal investigator Michael Strano, the Carbon P. Dubbs Professor of Chemical Engineering at MIT. “This technology can replace current state-of-the-art sensing methods which are laborious, destructive, and unsafe.”

Of the two sensors developed by the research team, the 2,4-D nanosensor also showed the ability to detect herbicide susceptibility, enabling farmers and agricultural scientists to quickly find out how vulnerable or resistant different plants are to herbicides without the need to monitor crop or weed growth over days. “This could be incredibly beneficial in revealing the mechanism behind how 2,4-D works within plants and why crops develop herbicide resistance,” says DiSTAP and TLL Principal Investigator Rajani Sarojam.

“Our research can help the industry gain a better understanding of plant growth dynamics and has the potential to completely change how the industry screens for herbicide resistance, eliminating the need to monitor crop or weed growth over days,” says Mervin Chun-Yi Ang, a research scientist at DiSTAP. “It can be applied across a variety of plant species and planting mediums, and could easily be used in commercial setups for rapid herbicide susceptibility testing, such as urban farms.”

The team says their research can lead to future development of real-time nanosensors for other dynamic plant hormones and metabolites in living plants as well.

The development of the nanosensor, optical detection system, and image processing algorithms for this study was done by SMART, NTU, and MIT, while TLL validated the nanosensors and provided knowledge of plant biology and plant signaling mechanisms. The research is carried out by SMART and supported by NRF under its Campus for Research Excellence And Technological Enterprise ( CREATE ) program.

DiSTAP is one of the five interdisciplinary research roups in SMART. The DiSTAP program addresses deep problems in food production in Singapore and the world by developing a suite of impactful and novel analytical, genetic, and biosynthetic technologies. The goal is to fundamentally change how plant biosynthetic pathways are discovered, monitored, engineered, and ultimately translated to meet the global demand for food and nutrients.

Scientists from MIT, TTL, NTU, and National University of Singapore (NUS) are collaboratively developing new tools for the continuous measurement of important plant metabolites and hormones for novel discovery, deeper understanding and control of plant biosynthetic pathways in ways not yet possible, especially in the context of green leafy vegetables; leveraging these new techniques to engineer plants with highly desirable properties for global food security, including high yield density production, drought, and pathogen resistance and biosynthesis of high-value commercial products; developing tools for producing hydrophobic food components in industry-relevant microbes; developing novel microbial and enzymatic technologies to produce volatile organic compounds that can protect and/or promote growth of leafy vegetables; and applying these technologies to improve urban farming.

SMART was established by MIT, in partnership with the NRF, in 2007. SMART, the first entity in CREATE, serves as an intellectual and innovation hub for research interactions between MIT and Singapore, undertaking cutting-edge research projects in areas of interest to both. SMART currently comprises an Innovation Center and five interdisciplinary research groups: Antimicrobial Resistance (AMR), Critical Analytics for Manufacturing Personalized-Medicine (CAMP), DiSTAP, Future Urban Mobility (FM), and Low Energy Electronic Systems (LEES). SMART is funded by the NRF. 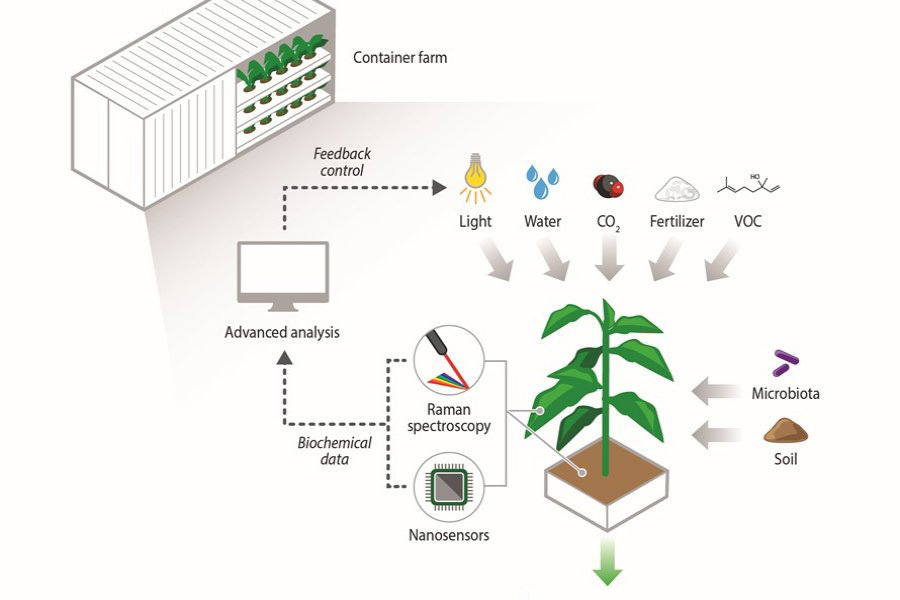