The space agency will send a rover to look for water-ice near a crater at the Moon's South Pole.

Nasa is sending a robotic rover to look for water-ice near a crater at the Moon's South Pole.

In 2023, the golf cart-sized vehicle will land near the western edge of Nobile Crater, a 73km-wide depression that is almost permanently in shadow.

The Viper mission will support plans for human exploration of the Moon, because the ice could be mined for use as drinking water and rocket fuel.

Nasa wants to return astronauts to the lunar surface this decade.

The space agency's Artemis programme will see the first woman and the first person of colour land on the Moon. It could pave the way for a long-term human presence on Earth's sole natural satellite.

Daniel Andrews, Viper's project manager from Nasa's Ames Research Center in California, said the 2023 rover mission would help scientists understand how easy or difficult it would be for humans to extract the water-ice.

"If resources are plentiful and accessible, it will really change the nature of sustaining humans [on the Moon] and also help us understand the nature of how we retrieve those resources," he explained.

Various lines of evidence suggest there are billions of tonnes of lunar ice locked up in polar craters that never see sunlight and where temperatures dip as low as -223C (-370F). Being in permanent shadow creates the stable and very cold environment necessary to preserve large frozen deposits.

Daniel Andrews said Viper - which stands for Volatiles Investigating Polar Exploration Rover - could help scientists understand key questions about the ice deposits, such as "where the ice is, what concentrations, how deep".

Anthony Colaprete, the lead project scientist on Viper, also based at Nasa Ames, said: "We've never seen anything quite like what we're going to see when we arrive at the South Pole.

"The poles of the Moon are dramatic, especially the South Pole, where ancient impact basins lifted mountains that dwarf Mount Everest... it's going to be something that's truly out of this world."

But there are obstacles to exploring this unfamiliar, ice-bearing region. It's challenging to design a rover able to operate in a location that's extremely cold at night and then warm during the day.

The Sun is very low on the horizon at the South Pole, and casts long, fast-moving shadows. The extreme swings in light and darkness could make it harder for the rover to dodge hazards and generally get where it needs to be.

Engineers must carefully plan its route across the lunar landscape so that it can retreat from the advancing darkness and maintain power levels by keeping its solar panels pointed to the Sun.

But the robot will have to brave the dark when it is commanded to enter several permanently shadowed craters. It's the first Nasa rover to be equipped with headlights, which will help as it seeks to locate and map ice deposits thought to be contained within the pitch black hollows.

Darlene Lim, the deputy lead project scientist, said a team would operate the rover from Earth in near-real-time. "The Viper science team will, in turn, have to be at the ready to provide primary, near-real-time input at very key moments," she explained.

The rover will hitch a ride on a lander built by Astrobotic , a private spaceflight company based in Pittsburgh. The firm won a $199.5 million contract to deliver Viper to the lunar surface in June 2020, under a Nasa programme called Commercial Lunar Payload Services (CLPS).

CLPS is designed to support Artemis, but many also hope it could help kickstart a lunar economy, where commercial entities compete to provide routine transport services to the lunar surface.

In 2019, Astrobotic's chief executive John Thornton told me: "I think what positions Astrobotic really well to capture whatever takes off commercially on the Moon is that we are the fundamental service, we are the transportation system.

"We do have our guesses on what we think is going to be the next biggest thing on the Moon. And I think that the mining is going to be one of the biggest ones - mining specifically for rocket fuel."

The water could be chemically split into hydrogen and oxygen, providing the propellants burned in spacecraft engines.

Re-fuelling vehicles at the Moon could bring down the cost of space travel and make a lunar outpost more affordable. A 2018 report suggested that rocket propellant could be produced at a cost of $500 (£365) per kg on the lunar surface. That's 20 times cheaper than the $10,000 per kg projected cost of transporting it from Earth to lunar orbit.

Meanwhile, preparations for the first missions in the Artemis programme are proceeding apace.

Earlier this month, Nasa also completed welding the structure of the Orion capsule that will carry astronauts during the first mission to land on the Moon since 1972. 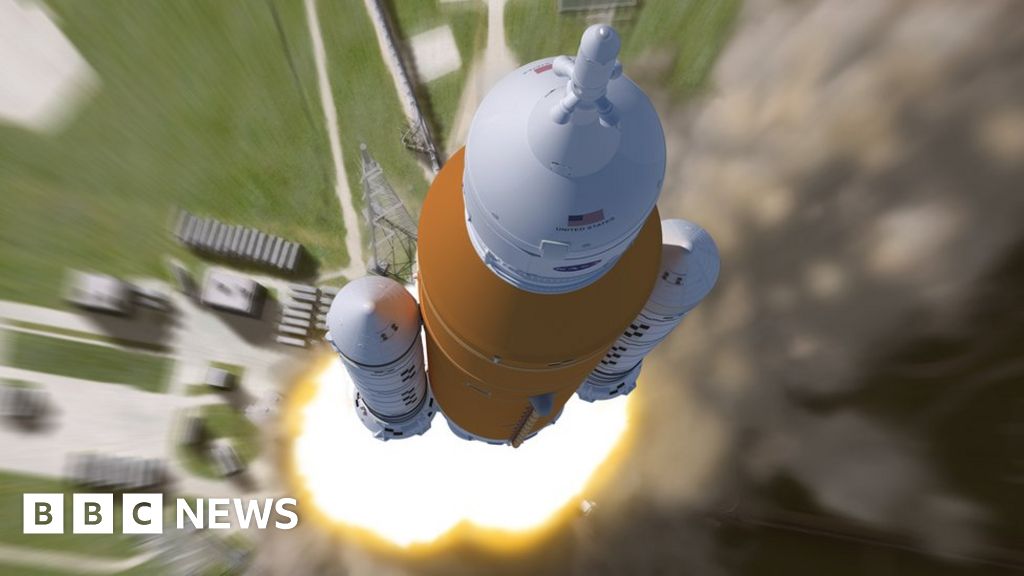 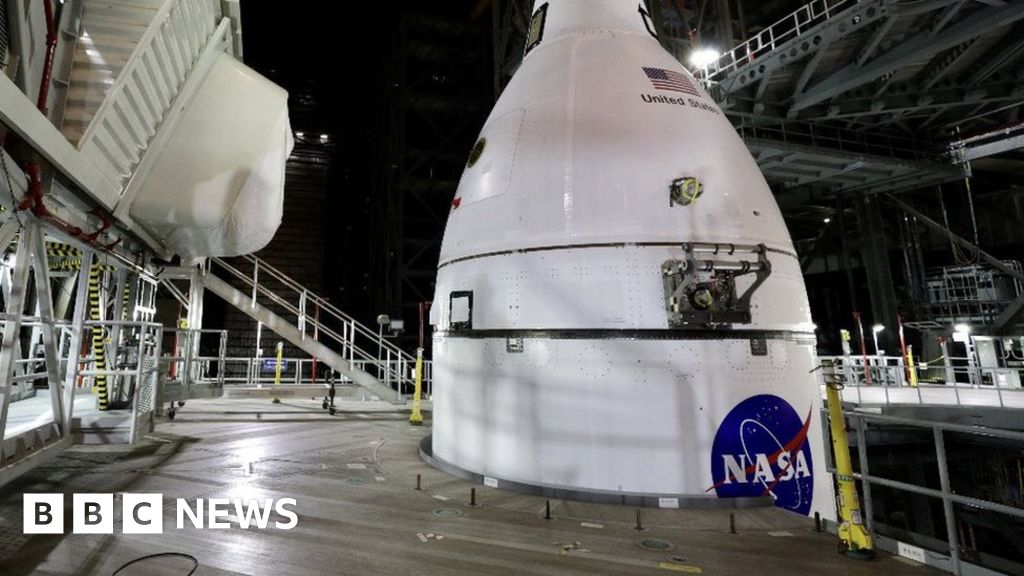