Clues to consciousness: how dopamine fits into the mystery of what makes us conscious – podcast

Plus, how a team of musicologists and computer scientists completed Beethoven’s unfinished 10th Symphony using AI. Listen to The Conversation Weekly podcast.

What’s happening in our brains to create consciousness? In this episode of The Conversation Weekly podcast, we hear from two scientists uncovering clues to this mystery that could help people with severe brain injuries to recover. And the story of how artificial intelligence – and its human helpers – completed Beethoven’s unfinished 10th symphony.

Philosophers have pondered the meaning of consciousness for generations. But for a long time, scientists didn’t pay the question much attention. And as recently as the 1980s, the science of consciousness remained a controversial topic .

That all began to change in the 1990s , and since then neuroscientists and doctors around the world have discovered tantalising clues about what’s going on in our brains to make us conscious – or unconscious.

Emmanual Stamatakis, who leads the cognition and consciousness imaging group at the Division of Anaesthesia, University of Cambridge in the UK, explains how consciousness seems to work along a continuum. At one end are people in a coma, followed by those under anaesthesia and then an alert person with regular levels of consciousness. “In the last ten years or so, we started extending in a different direction,” he says, by exploring how stimulants such as LSD will “I hesitate saying this: increase your consciousness”.

Stamatakis and his colleagues are currently looking at how brain networks are connected to consciousness. He explains the results of their recent study which found the chemical dopamine may play a crucial role.

Other researchers are already testing drugs that boost dopamine levels in patients with severe brain injuries. Leandro Sanz, a medical doctor and PhD candidate in medical sciences at the University of Liège in Belgium, talks to us about a randomised controlled trial he’s working on that is testing if molecules that mimic dopamine – called dopamine agonists – could help these patients recover better. “It’s a very active field because if we find the treatment that even has slight improvements in all the patients, that would be a huge step forward,” says Sanz.

In our second story (30m30), we shift from the power and mystery of the human brain to the power of artificial intelligence to mimic it. On October 10 in Bonn, the Beethoven Orchestra will give the world premiere of Ludwig van Beethoven’s Unfinished 10th symphony. The project came out of a collaboration between computer scientists and musicologists. Ahmed Elgammal, a professor of computer science and director of the Art and AI lab at Rutgers University in New Jersey, who led the artificial intelligence side of the project, tells us how they did it.

Plus, Holly Squire, arts and culture editor at The Conversation in the UK, gives us some of her recommended reads from the past week (44m45).

This episode of The Conversation Weekly was produced by Mend Mariwany and Gemma Ware, with sound design by Eloise Stevens. Our theme music is by Neeta Sarl. You can find us on Twitter @TC_Audio , on Instagram at theconversationdotcom or via email on [email protected] You can also sign up to The Conversation’s free daily email here .

Musical extracts from the Beethoven 10th symphony project in this episode from Deutsche Telekom and Beethoven’s 9th symphony via YouTube’s Audio Library .

You can listen to The Conversation Weekly via any of the apps listed above, download it directly via our RSS feed , or find out how else to listen here . 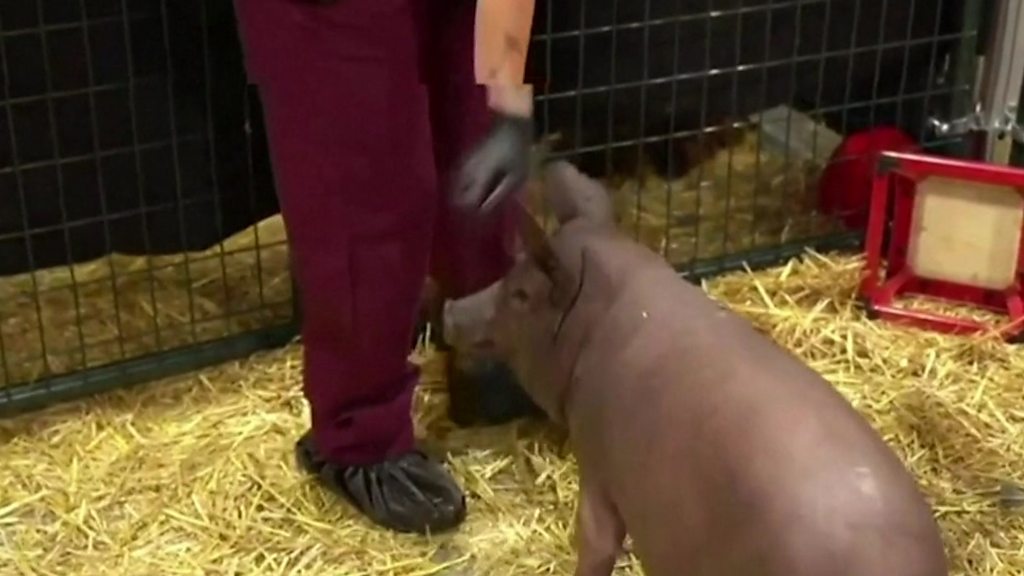 Neuralink: Elon Musk unveils pig with chip in its brain