Malaria vaccine could save thousands of kids every year

WHO's approval of the first-ever malaria vaccine could prevent hundreds of millions of cases of malaria and thousands of deaths in children each year.

The World Health Organization (WHO) has announced its recommendation for widespread use of the first-ever malaria vaccine.

The move gives a green light to a vaccine that has the potential to prevent hundreds of millions of cases of malaria and thousands of deaths in children worldwide each year.

It’s the first time a vaccine will be rolled out to combat infection caused by a parasite, rather than a virus.

Malaria is a serious mosquito-borne infection, caused by a parasite that passes through mosquito bites into humans, that is found across broad geographic regions of the world, but is most prevalent in sub-Saharan Africa.

In 2019, there were 229 million cases of malaria globally and 409,000 deaths, mostly affecting children who live in the sub-Saharan African nations where rates of malaria are especially high, according to the Centers for Disease Control and Prevention.

As part of a pilot program, more than 2.3 million doses of the vaccine, developed by GlaxoSmithKline and called Mosquirix, have already been administered to over 800,000 children in three countries—Kenya, Malawi, and Ghana, all of which are places where malaria is rampant. The vaccine is given in three doses to children between 5 and 17 months of age, followed by a fourth dose about 18 months later.

Infectious disease expert Davidson Hamer , a professor of global health and medicine at Boston University’s School of Public Health and School of Medicine, and a faculty member at Boston University’s National Emerging Infectious Diseases Laboratories (NEIDL), has treated patients with malaria and has worked to help improve tropical disease control strategies in countries around the world.

He helped run the Boston University Malaria Project (ZAMBUMP) between 2001-2005, which helped strengthen surveillance programs to reduce malaria in Zambia and to establish the most effective treatment and prevention guidelines for the region’s doctors and patients. He has also worked closely with the WHO to research and improve public health guidelines for other serious illnesses around the world.

Here, Hamer explains what the vaccine means for global health, how it could save countless children’s lives, and why he still has a few concerns:

The post Malaria vaccine could save thousands of kids every year appeared first on Futurity .

Can we put this milestone into the broader context—why is the approval of this malaria vaccine a big deal?

I’ve been watching this vaccine develop for the last 10 to 15 years and doing malaria research for about 15 years, mostly focusing on malaria control strategies in regions with high transmission. There have been other [malaria] vaccines in development—[but] this one is the one that has gone the furthest [by gaining] approval from WHO. Having a malaria vaccine is the holy grail of malaria control .

How does this vaccine work?

The parasites [that cause malaria] have a complex life cycle and are constantly mutating…. There are five major species of the [malaria-causing] parasite but Plasmodium falciparum is the major one that this vaccine targets.

Do people acquire natural immunity after they’ve had malaria?

The complexity of the immune response [to malaria] is something we don’t fully yet understand. In [regions where the malaria-causing parasite is prevalent], after someone has multiple episodes of malaria early in life, they develop only partial immunity. We have seen that, if you take a sample of blood from an infected person, they may have three or four different strains [of the disease] at one time… so all of this has made developing the vaccine a challenge.

Why are children more susceptible to getting infected with malaria?

Children are at high risk because they haven’t developed an immune response [to malaria] yet. It’s similar to when travelers visit places and encounter new parasites or bacteria they’ve never been exposed to before.

Malaria will affect anyone of any age, if they have not been exposed to it before. An estimated 90% of all malaria deaths [worldwide] happen in sub-Saharan Africa, and [those who die] are mostly children infected from Plasmodium falciparum . You can develop partial immunity from episodes early in life… but if you have not been exposed, then the infection could lead to severe malaria, and cause anemia and other serious problems, and it kills.

How are people currently treated for malaria?

The three major pillars for malaria control are bed nets treated with insecticide, insecticide on the walls of dwelling, and having access to effective treatment. The most widely used treatment is called artemisinin-based combination therapy, or ACT, which is a family of drugs developed from a Chinese herb over 1,000 years old.

It is still amazingly effective on all strains of malaria, though it has shown some drug resistance in South Asia. Between 2003 and 2006, ACT became the first-line treatment for malaria in every country in Africa that has intense transmission.

Can you explain how safety is determined for a vaccine like this one?

The biggest way safety is determined is through controlled clinical trials. [This vaccine underwent a] phase three clinical trial between 2009 and 2011, which was a controlled trial. The [vaccine developers] then chose three countries—Kenya, Malawi, and Ghana—to test real-life effectiveness in a pilot program starting in 2018.

What is the potential impact of this malaria vaccine being widely available to communities that need it?

I think this is going to be an additional tool that is going to help us reduce deaths and illness. It’s not the solution to fully eliminating malaria, but it’s a big step forward.

I have a couple of concerns, and I think we need to look at using this in conjunction with other innovative approaches that researchers have been studying. I want to see more of their results from the pilot study to learn more about the safety profile. Even if the effectiveness isn’t amazing, anything over a 30% reduction in deaths and severe illness is going to have a big impact.

What are your concerns?

This is a vaccine that uses an adjuvant—which is a substance that strengthens the quality and intensity of the immune response. This adjuvant is extracted from a certain type of tree only found in Chile. Since extracting it from these trees is the only source, it raises the question, are they going to be able to produce the amount of doses needed if countries accept this into their regular vaccine program?

Now that the WHO has recommended its use, what has to happen next for the vaccine to become more widely available?

Countries are going to need to decide if the effectiveness is worth the added benefit. I think a lot of countries that have very intense transmission rates will probably seriously consider it. That requires funding in countries that are considering adding it to their national vaccination programs for it to become widely available. The work for other malaria vaccines will continue, and it [will be] exciting to see which countries will take this up in their national vaccination programs. 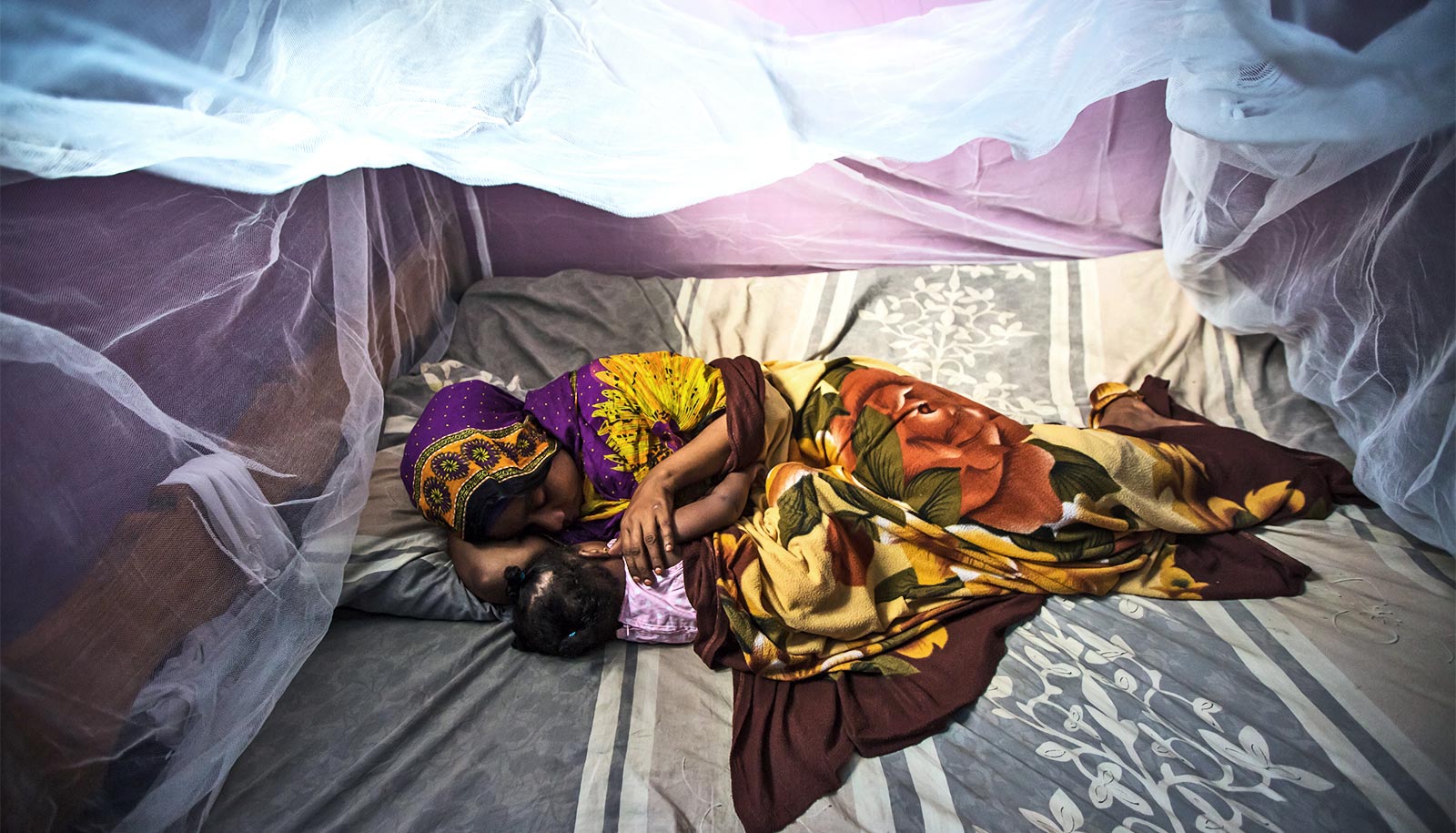 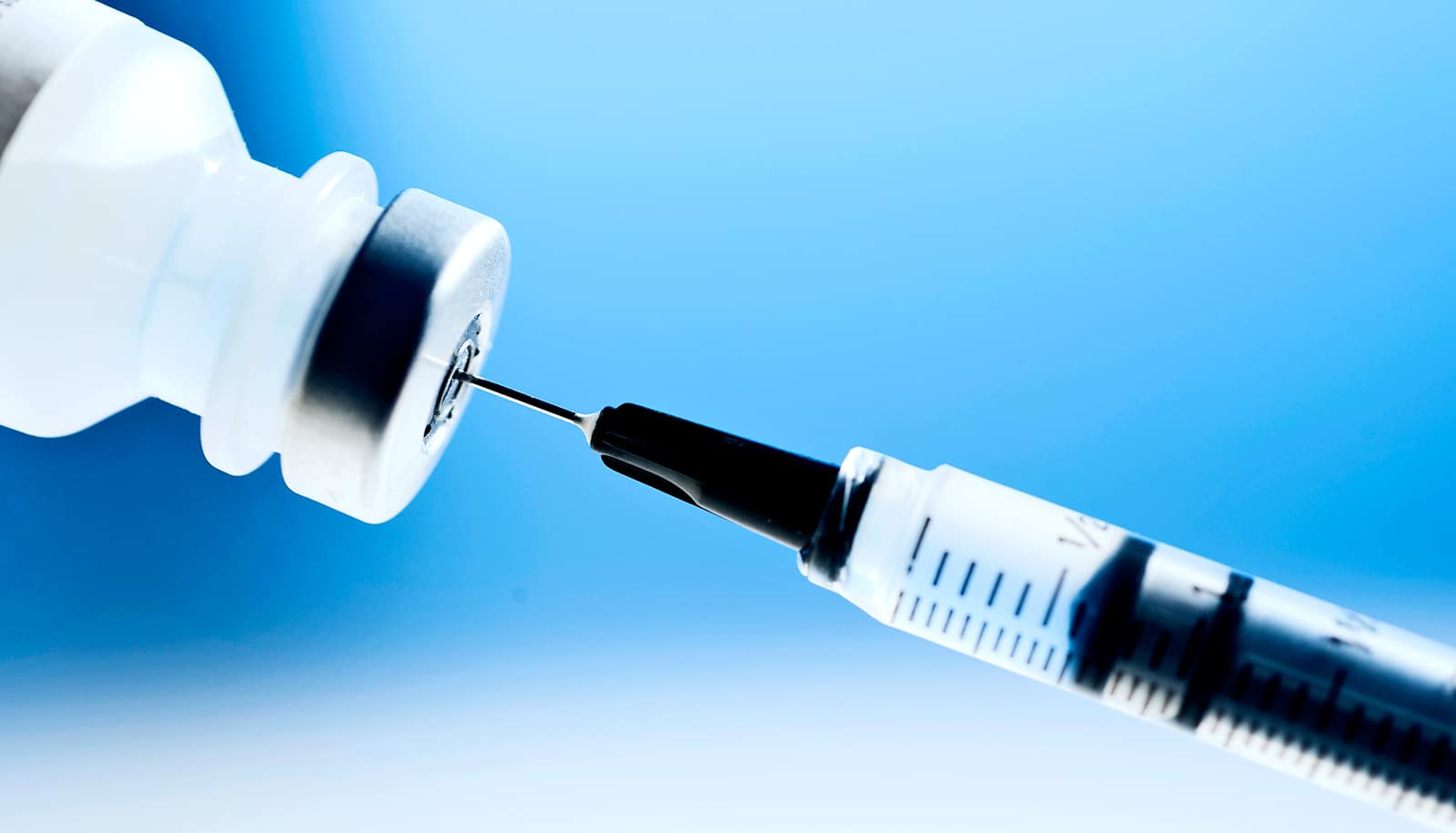