What the world can learn from Britain’s humble hedge

Hedgerows were historically planted as barriers between fields, but in a human-dominated world, they are critical havens, corridors and connectors for wildlife

What the world can learn from Britain’s humble hedge

Hedgerows were historically planted as barriers between fields, but in a human-dominated world, they are critical havens, corridors and connectors for wildlife

Hedgerows are as British as fish and chips. Without these walls of woody plants cross-stitching the countryside into a harmonious quilt of pastures and crop fields, the landscape wouldn’t be the same. Over the centuries, numerous hedges were planted to keep in grazing livestock, and some of today’s are as historic as many old churches, dating back as far as 800 years. Today, Britain boasts about 700,000 kilometers (435,000 miles) of them, a length that surpasses that of its roads.

In recent years, ecologists — especially in Britain, Ireland and continental Europe, but also in places that have more recently adopted hedgerows, such as California — have come to view these man-made structures as important ecosystems in their own right. They form a vital reservoir of biodiversity in human-dominated landscapes where many species might otherwise struggle to survive. By nurturing pollinating insects, they can enhance the yield of crops. And they do it all while pulling carbon out of the atmosphere.

This growing ecological appreciation is invigorating efforts in many regions to expand hedgerows, or hedges, and so help combat both the biodiversity and climate crises. More hedgerows, ecologists and policymakers hope, could provide a mutually beneficial way for farming to coexist with nature.

“Most people just drive or walk past hedgerows and maybe don’t think about them very much,” says Jo Staley, an ecologist at the UK Centre for Ecology and Hydrology, a nonprofit research institute. “But when you start to learn a bit about them, you see the potential.”

Countryside hedgerows are often more diverse, bigger and wilder than their neatly cut urban counterparts. Most consist of trees, shrubs or grasses, or a mix thereof, but they vary a lot in shape and composition across and within countries. In the UK, for instance, where hedgelaying — the art of maintaining hedges — is its own specialized craft, the National Hedgelaying Society recognizes more than 30 styles of traditional hedge. These range from the tall “bullock” hedges fortified with hazel that enclose cattle pastures in the Midlands to short, thick ones in Wales that keep lambs fenced in.

The best-studied benefit of hedgerows is the remarkable biodiversity they harbor. One 2019 study in Belgium found that hedgerows contained more species of herbs — nonwoody flowering plants — in a given area than forests did. That diversity is partly thanks to the typical makeup of European hedgerows, where a shady core of trees is flanked by sunnier layers of shrubs and ground plants. Those niches  attract both grassland-dwelling herbs and, importantly, many woodland species, according to a 2020 survey of hedgerows across temperate Europe by ecologist Thomas Vanneste of Ghent University in Belgium and his colleagues. “That’s actually a good incentive to really protect these hedgerows,” Vanneste says. “Here in Belgium, we don’t have much forest left.”

More plant species often mean more animals, especially if the plants flower and bear fruit at different times. “The little birds love them,” says Charles Bowerman, a farmer who takes pride in his hedges and hosts hedgelaying training for young farmers. Bowerman plants his hedges with about a dozen plant species: In addition to the traditional thorny plants such as hawthorn and blackthorn, he includes hazel, field maple, wild privet, dogwood and holly.

One British ecologist who spent two years monitoring an old, diverse hedgerow near his home counted an astonishing 2,070 species visiting and inhabiting it — mostly insects, but also mammals, lizards, mosses and fungi. Birds and mice used the hedge for shelter and nesting. Spring and summer blossoms attracted moths, flies and beetles, while berries helped nourish birds and small mammals over the autumn and winter.

The hedgerow ecosystem also supports a wider ecological community. Bats and moths use hedges as navigational guides, while badgers, hedgehogs and some invertebrates such as ants and spiders use them as byways to commute across the landscape. Hedgerows are  especially important when they’re used to connect other, often increasingly fragmented, ecosystems. In 2018, a study by researchers in Europe proposed that  planting new hedgerows could be the most effective way to link such isolated ecosystems, enabling species like the hazel dormouse to persist in farmland.

Even the remarkably rich soil life underneath a hedgerow can benefit its neighborhood when  burrowing creatures such as earthworms wriggle into surrounding fields, notes ecologist Tancredi Caruso of University College Dublin.

Bowerman says he’s seen growing interest from young farmers in planting hedgerows for biodiversity’s sake — but, he notes, they’re costly and take a lot of work to keep healthy. Even with UK governmental grants to help pay for initial planting materials and some forms of maintenance, regularly trimming and rejuvenating them is time-consuming and labor-intensive.

In some places, such concerns can discourage farmers from adopting hedgerows. In a 2021 survey of California almond growers, for instance, 32 percent said they weren’t interested in planting hedgerows or other pollinator habitats, partly due to costs and labor, and also over fears that they’ll attract nut-gobbling pests like starlings, says ecologist Lauren Ponisio of the University of Oregon.

But in recent years, researchers in California have learned that hedges can actually be financially worthwhile. Rather than attracting starlings, which prefer open, treeless habitats, hedgerows of native shrubs and herbaceous plants can attract beneficial bird species that eat pest insects, as well as lure  flies and wasps that feast on crop-damaging insects like aphids, reducing the need for insecticides. What’s more, hedgerows can improve the yield of nearby crops by  providing a long-term habitat for wild bees that pollinate them, Ponisio and her colleagues have found from studies in California’s Central Valley near Sacramento. “In comparison to something a little more transient like a wildflower strip or a cover crop, the permanent hedgerows really benefited pollinators,” she says.

In 2016, Ponisio’s colleagues estimated that for a 300-meter hedgerow, these benefits would save around $4,000 in pest-control and pollination costs over seven years, repaying the cost of planting it. Curiously, in addition to pollinating the crops themselves, the  wild bees encourage non-native honeybees introduced by farmers to become more efficient pollinators, too.

“Honeybees, left to their own devices, are super lazy, and they’ll be like ‘Yes, I will just hang out on this flower forever,’” Ponisio explains. But upon encountering a wild bee, they’ll fly off to the next flower or plant. That’s particularly beneficial for almond trees, which need pollen from other almond tree varieties to produce nuts. Not every crop will benefit from hedgerows, however; it depends on the farm, the crop and the bee involved.

The benefits of hedges go further. Studies in Europe, Africa and Asia show that they protect against soil-eroding winds and floods, help cool the air and can even help curb the spread of infectious diseases like bovine tuberculosis among cattle by creating a nearly airtight barrier between herds. Hedge plants also suck carbon out of the air and into plant biomass or soil — in some pastures, helping to  offset the planet-warming emissions from cows. “Hedges should be right up there as one of the things that we can use to stop the impact of climate change being so severe,” says ecologist Ian Montgomery of Queens University Belfast in Northern Ireland, who recently summarized the  research on hedgerow benefits in the  Annual Review of Ecology, Evolution, and Systematics, together with Caruso and Neil Reid of Queens University Belfast.

There’s now a growing momentum to expand hedgerows, especially in Britain and mainland Europe, where they’ve been historically declining due to intensifying agriculture. According to the latest available data, from 2007, that decline has continued in Britain since 1997, when Welsh and English governments formally protected hedges — making it illegal to remove hedgerows without official permission. Several recent nonprofit campaigns aim to boost hedgerow abundance, and the UK government’s own conservation watchdog, Natural England, has called to increase the country’s hedgerow network by 40 percent for climate and biodiversity benefits. Earlier this year, the French government  announced plans to plant 4,300 additional miles.

Even places like the US, where hedgerows are much less of a cultural legacy, have seen increasing interest in planting hedgerows. Many farmers can apply for grants with the US Natural Resources Conservation Service, for instance, which chips in to pay for planting pollinator habitats.

Experts caution, however, that the usefulness of hedgerows depends a lot on how they’re managed. Many hedges need some form of maintenance. Hedgerows in mainland Europe, for instance, require regular trimming to maintain the layered, varied structure that makes them appeal to wildlife, Vanneste says, while British hedges often require more elaborate methods, including cutting and hedgelaying, to prevent overgrowth but still keep them dense enough to act as barriers to livestock.

Often, that doesn’t happen. A survey of Britain’s hedges in 2007 found that roughly half weren’t well-maintained. Many others are cut too often, Montgomery says, noting that such neat, narrow hedges are typically poorer in biodiversity and carbon storage than those disturbed less frequently.

If thoughtfully managed, though, the humble hedge has a lot of potential. Vanneste and Ponisio envision a world in which hedgerows connect the remnants of other habitats, creating a network that allows more wildlife to coexist with people — a benefit that may be increasingly important as species need to migrate in response to climate change. Hedges could bridge lone fragments of European forest or link ecosystems between the Sierra Nevada mountains and California’s coasts. That’s “a lot of hedgerows, but that would be the dream,” Ponisio says. “If this was done on a larger scale, particularly, I think it could have really big benefits.”

Katarina Zimmer is a freelance journalist covering life science and environmental issues for various publications, including The Scientist, BBC Future, The Counter, National Geographic and more. 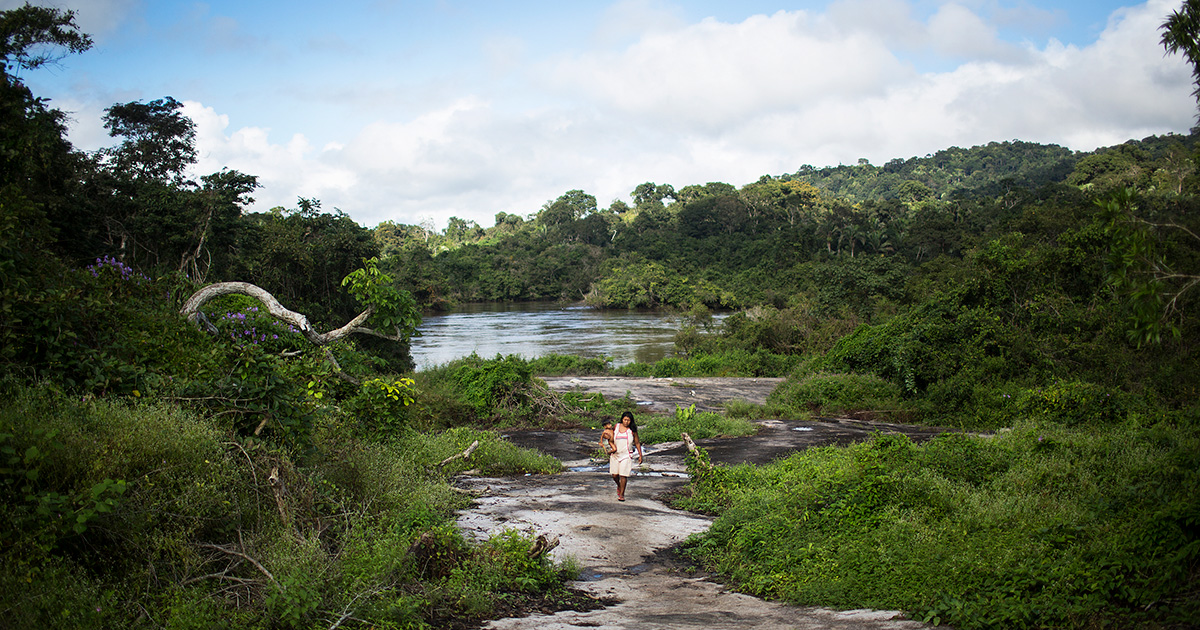 Why there’s no such thing as pristine nature 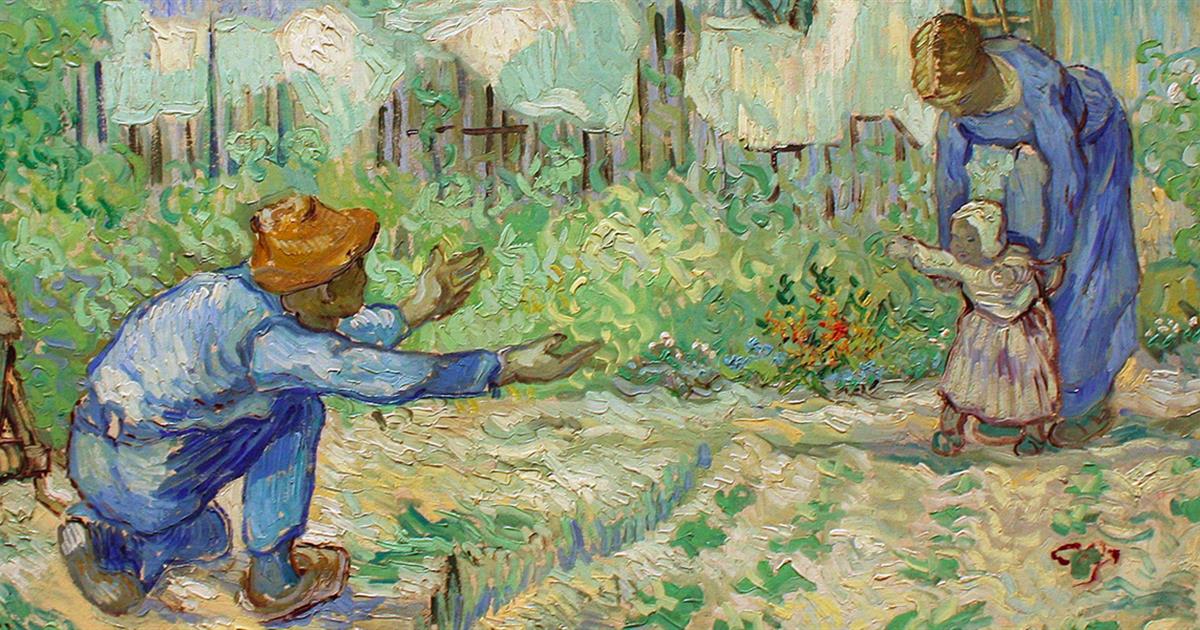 Evolution of the dad