1 in 5 early galaxies may be hiding in space dust

"The invisible galaxies that we've discovered in the early universe are some of the first building blocks of the mature galaxies we see around us..."

The discovery suggests that up to one in five such distant galaxies remain hidden from our telescopes, camouflaged by cosmic dust. The new knowledge changes perceptions of our universe’s evolution since the Big Bang .

“The next step is to identify the galaxies we overlooked, because there are far more than we thought.”

The two galaxies have been invisible to the optical lens of the Hubble Space Telescope, hidden behind a thick layer of cosmic dust that surrounds them. But with the help of the giant ALMA radio telescopes (Atacama Large Millimeter Array) in Chile’s Atacama Desert, which can capture radio waves emitted from the coldest, darkest depths of the universe, the two invisible galaxies suddenly appeared.

The two hidden galaxies have been named REBELS-12-2 and REBELS-29-2. The light from the two invisible galaxies has traveled about 13 billion years to reach us on Earth. The two are now located 29 billion light years away due the universe’s expansion.

“We were looking at a sample of very distant galaxies, which we already knew existed from the Hubble Space Telescope. And then we noticed that two of them had a neighbor that we didn’t expect to be there at all. As both of these neighboring galaxies are surrounded by dust, some of their light is blocked, making them invisible to Hubble,” explains Pascal Oesch, an associate professor at the Cosmic Dawn Center at the Niels Bohr Institute at the University of Copenhagen.

The study appears in Nature .

The new discovery suggests that the very early universe contains many more galaxies than previously assumed. They simply lie hidden behind dust consisting of small particles from stars. However, they can now be detected thanks to the highly sensitive ALMA telescope and the method used by the researchers.

By comparing these new galaxies with previously known sources in the very early universe , approximately 13 billion years ago, the researchers estimate that between 10 and 20% of such early galaxies may still remain hidden behind curtains of cosmic dust.

“Our discovery demonstrates that up to one in five of the earliest galaxies may have been missing from our map of the heavens. Before we can start to understand when and how galaxies formed in the universe, we first need a proper accounting,” says Oesch.

To help with that task, NASA, ESA, and the Canadian Space Agency have built a new super telescope, the James Webb Space Telescope, which scientists expect to launch into orbit on December 18, 2021.

With its strength and improved technology, the telescope will gaze even deeper into the universe and contribute new knowledge about its origins. This will, among many other things, help the researchers see through the cosmic dust.

“The next step is to identify the galaxies we overlooked, because there are far more than we thought. That’s where the James Webb Telescope will be a huge step forward. It will be much more sensitive than Hubble and able to investigate longer wavelengths, which ought to allow us to see these hidden galaxies with ease,” says Oesch.

“We are trying to put the big puzzle about the universe’s formation together and answer the most basic question: ‘Where does it all come from?’ The invisible galaxies that we’ve discovered in the early universe are some of the first building blocks of the mature galaxies we see around us in the universe today. So that’s where it all began.”

The post 1 in 5 early galaxies may be hiding in space dust appeared first on Futurity . 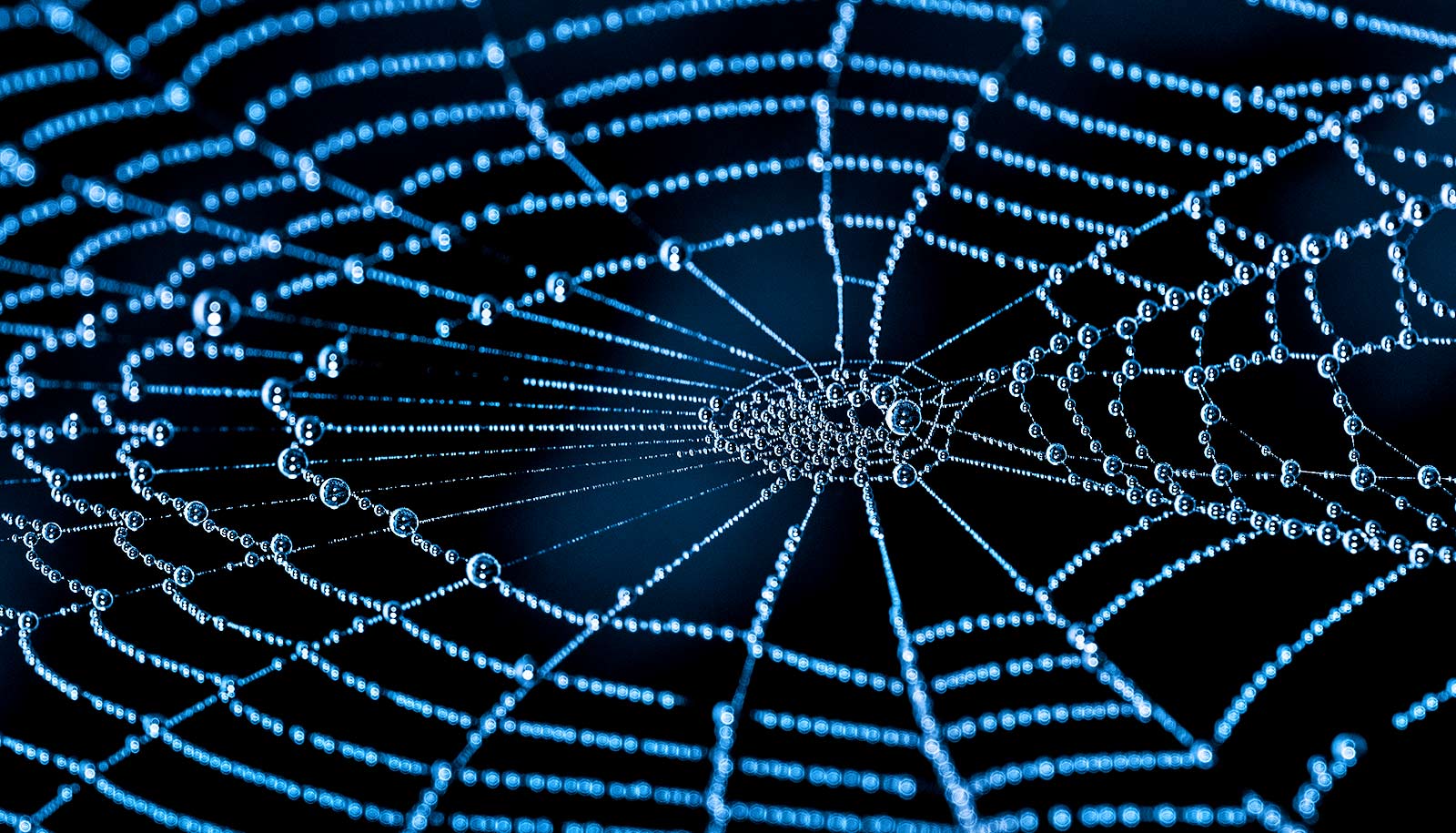 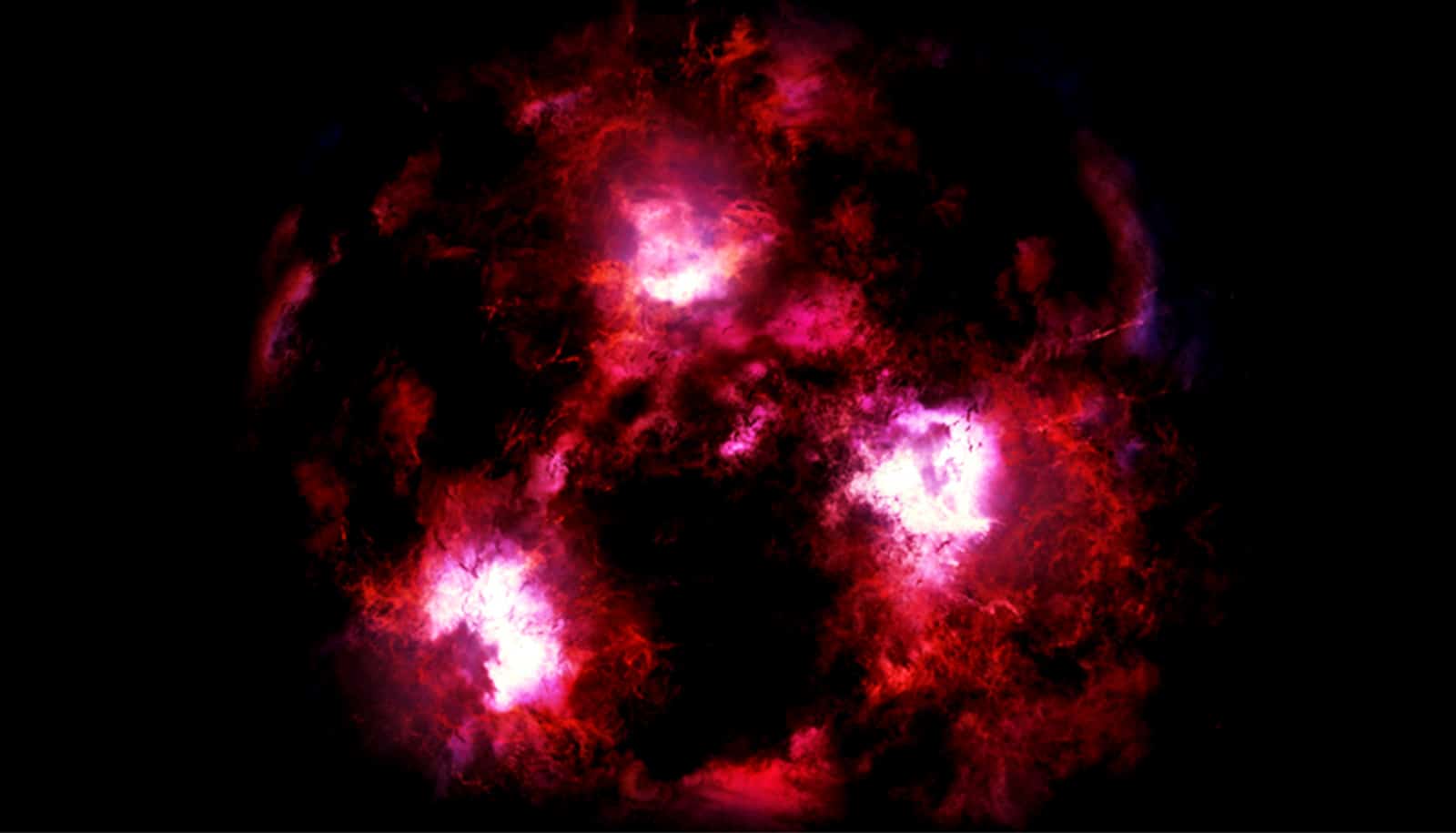