New findings suggest the tweets of a little song sparrow and its "bird brain" are a lot more complex and akin to human language than anyone realized.

Male sparrows deliberately change and mix up their song repertoire possibly as a way to keep it interesting for their female audience.

The findings suggest the tweets of a little song sparrow and its “bird brain” are a lot more complex and akin to human language than anyone realized.

The study, in Proceedings of the Royal Society B , shows that singing males keep track of the order of their songs and how often each one is sung for up to 30 minutes so they can curate both their current playlist and the next one.

Song sparrows are a common songbird throughout North America, but only males sing. They use their song to defend their turf and court mates.

When wooing, song sparrows belt up to 12 different two-second songs, a repertoire that can take nearly 30 minutes to get through, since they repeat the same song several times before going on to the next track.

In addition to varying the number of repeats, males also shuffle the order of their tunes each time they sing their discography. However, a big unknown had been whether males change up their song order and repeats by accident or by design.

To get some data on whether or not the birds intentionally shuffle and mix their tunes, William Searcy, professor of ornithology in biology at the University of Miami, loaded up recording gear, trekked out to the backwoods of northwest Pennsylvania, set up mics pointed to the trees, and patiently waited for five hours a day.

Fieldwork like this isn’t for everyone, says Stephen Nowicki, a professor of biology at Duke University and a member of the Duke Institute for Brain Sciences.

“I would never use the word ‘boring,’ because it’s relaxing if you like being out in the field and it’s a nice day and you’ve got your parabolic microphone and you’re pointing it at a song sparrow for hours. Some people would find that boring. I and certainly Bill would find that meditatively relaxing. The only thing that happens is sometimes your arm gets tired.”

After recording the full suite of songs from more than 30 birds, the team pored over visual spectrographs of the trills and analyzed how often each song was sung and in what order. The first clue that males keep tabs on their tweets to avoid repetition was that much like a Spotify playlist, males generally sing through their full repertoire before repeating a song.

The researchers also found that the more a sparrow sang a given song, the longer he took to get back to that song, possibly to build up hype and novelty once that song was played again.

For example, if a male sang Song A 10 times in a row, he’d sing even more renditions of his other songs before returning to Song A again. Alternatively, if Song A was only warbled three times during a set, then a male song sparrow might recite a shorter rendition of the rest of his repertoire in order to return to the still new and underplayed Song A.

Taken together, these findings demonstrate that song sparrows possess an extremely rare talent with an equally uncommon name: “long-distance dependencies.” It means that what a male song sparrow sings in the moment depends on what he sang as much as 30 minutes ago. That’s a 360 times larger memory capacity than the previous record holder, the canary, who can only juggle about five seconds worth of song information in this way.

While impressive, the implications from this work for humans are less clear. It does suggest that the order of words in human language , which is similarly affected by long-distance dependencies may not be as unique as once thought.

It remains to be seen whether better shuffling ability gives males an advantage at finding love. Perhaps females maintain interest in a mate who mixes it up more, and are less likely to sneak off with another male.

Paternity tests are a good proxy for monogamy in birds, so counting how many chicks are sired by a female’s nest mate versus another bird in the neighborhood may be a future project for Nowicki’s team.

For now, Nowicki emphasizes it’s just speculation whether these shuffling song sparrows give Spotify a run for their money to keep a female’s interest , but does highlight our similar approach at the gym.

“You’ve got your playlist for running and the reason you’ve got that is because running is kind of boring. You know that these 10 songs are going to keep you motivated, but if you are going to run for 20 songs long, why not shuffle it so the next time you don’t hear the same songs in the same order?”

The Office of the Provost, Duke University, and the Robert E. Maytag Professor Research Fund of the University of Miami funded the work. 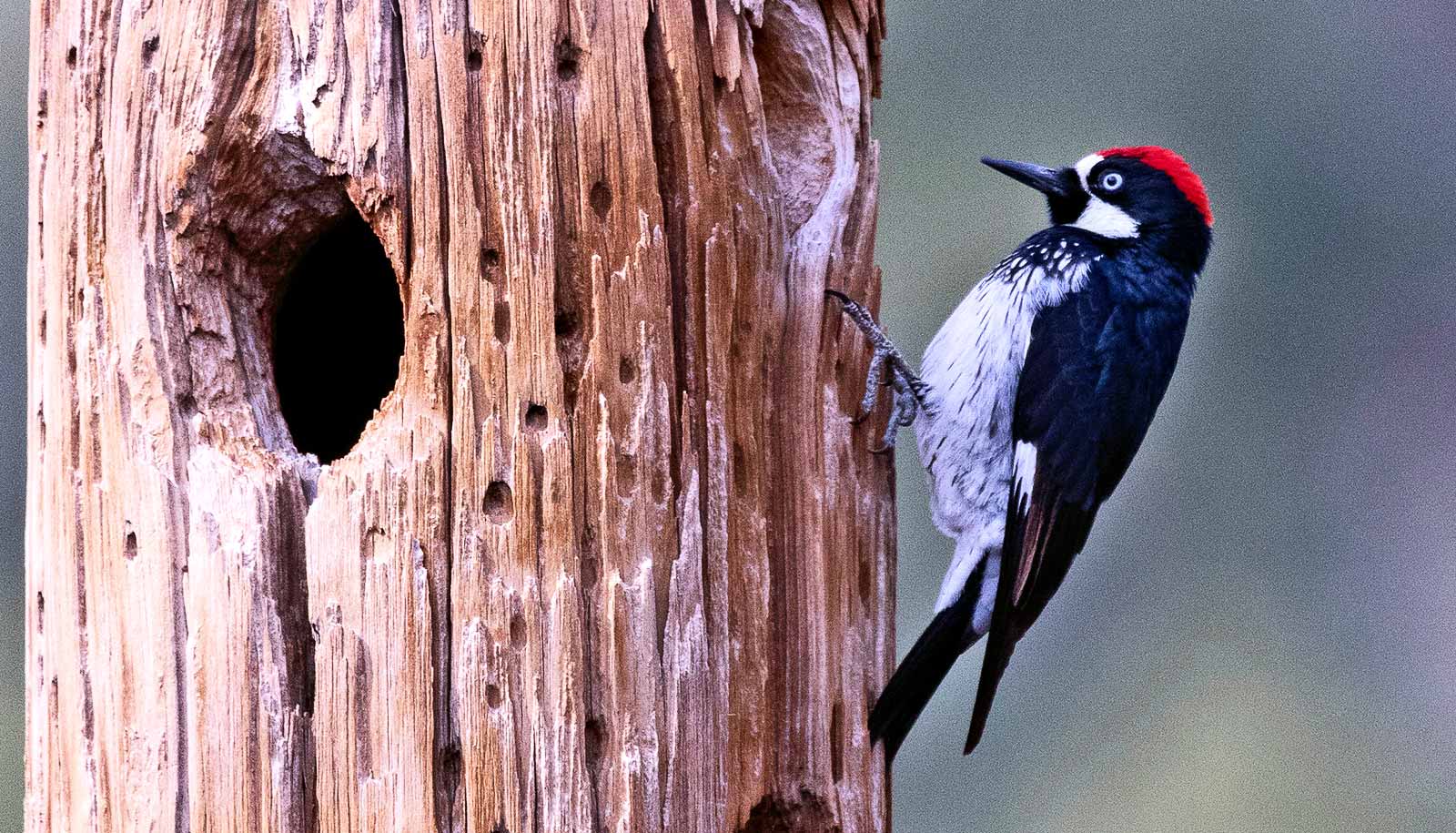