Cost, Difficulty Prevent Africans from Getting to Underground Water

A recent study suggests that ground water is an answer to water shortages in African countries south of the Sahara Desert.

This finding could help millions of people in an area which is expected to be strongly affected by climate change.

WaterAid, an international non-profit group, and the British Geological Survey (BGS), a British government organization, carried out the research. It found that underground water could help African countries deal with at least five years of drought .

The report released in March said underground water could help develop agriculture in the area. Additional water resources could help farming in an area where only three to five percent of agricultural land is irrigated .

For example, BGS information shows Senegal has an aquifer, or underground water supply, that has been kept in good condition by years of rainfall. But getting to the water is difficult and costly. Experts say it is hard to find scientists who are trained at finding underground water.

Tata Bathily is a village in northern Senegal. When a well there began to dry up in 2010, the government dug another one. That well began to dry up too. Then the town raised $5,000 to dig a new well last year. But that well also failed.

The most dependable aquifers can be 400 meters underground. That is 10 times deeper than the Tata Bathily wells. Building a well that deep costs about $20,000.

"We don't drink enough to satisfy our thirst ,” said Oumou Drame. She added that they do not wash themselves or their clothes. She is 40-years-old and a mother of five. She wakes up before the sun rises every day to get what is left from the old well before it runs dry in a few hours.

"We don't sleep at night, we leave our children [at home] to fetch water. From very early in the morning until now we are looking for water," said Drame, after transporting up a near-empty water can from the well.

Wells that no longer work are common in the hot and dry area called Matam where Tata Bathily is found. Temperatures can reach 50 degrees Celsius. Communities there guess where to dig a well. When they are wrong, women and children have to go even farther in search of a few liters of water.

In villages visited by Reuters, local people said that the growing population and unpredictable rainfall have reduced supplies.

"The story for Senegal is that the good quality groundwater may not be exactly where you want it to be," said Alan MacDonald. He is a scientist who studies water resources at the BGS.

International water experts and leaders gathered in Senegal’s capital Dakar in March for a meeting of the World Water Council. They called for better availability of drinking water for those who live beyond the reach of piped water networks.

That same week, local people in Tata Bathily, about 700 kilometers away in the northeast, were digging in a dry river bed a few kilometers from the village. They were collecting the dirty water that was available there.

Children quickly drank it, even though it made them sick.

drought – n. a long period of time during which there is very little or no rain

irrigate – n. to supply (something, such as land) with water by using artificial means (such as pipes)

thirst – n. a feeling or need to drink water or some other drink

fetch – v. to go after and bring back (someone or something)

guess – v. to form an opinion or give an answer about something when you do not know much or anything about it

We want to hear from you. Write to us in the Comments section, and visit our Facebook page . 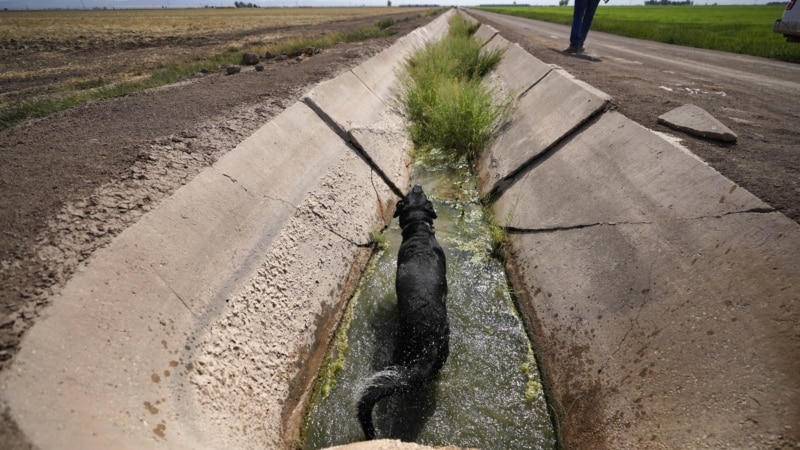 States Prepare to Reduce Use of Colorado River Water