The Covid-19 pandemic brought a sudden shift to virtual health care. That has increased access — and possibly outcomes, too — for patients with opioid use disorder.

The Covid-19 pandemic brought a sudden shift to virtual health care. That has increased access — and possibly outcomes, too — for patients with opioid use disorder.

While Covid-19’s death toll grabbed the spotlight these past two years, another epidemic continued marching grimly onward in America: deaths from opioid overdose. A record 68,630 individuals died from opioid overdoses in 2020, partly as a result of the isolation and social distancing forced by the pandemic; early data suggest that death rates in many states were even worse in the first half of 2021.

But the coronavirus pandemic may also have had a paradoxical benefit for those addicted to opioids: Because Covid-19 made in-person health care unsafe, US telehealth regulations were relaxed so that more services — including addiction treatment — could be provided online. As a result, people with opioid use disorder are accessing medication and support across the country in greater numbers than ever before. While it’s too soon to know for sure whether this helps more people kick their addiction, early signs are promising.

The federal government estimates that 2.7 million Americans — nearly 1 percent of the population — have opioid use disorder, also known as opioid addiction. It is a chronic brain disease that develops over time because of repeated use of prescription opioids such as hydrocodone, oxycodone and morphine or illicit fentanyl and heroin. A person with opioid use disorder has a 20 times greater risk of death from overdose, infectious diseases, trauma and suicide than one who does not.

Fortunately, two medications — methadone and buprenorphine, both approved by the US Food & Drug Administration — help individuals manage withdrawal symptoms and control or eliminate their compulsive opioid use. Patients who receive these medications fare better than those who do not on a long list of outcomes, says Eric Weintraub, who heads the Division of Alcohol and Drug Abuse at the University of Maryland School of Medicine. They have fewer overdoses;  less injection drug use; reduced risk for disease transmission;  decreased criminal activity; lower rates of illegal drug use; and  better treatment-retention rates. Indeed, people with opioid use disorder receiving long-term treatment with methadone or buprenorphine are up to 50 percent less likely to die from an overdose.

“The first thing you do with the patient is give them an opportunity at medication,” says Dennis McCarty, an addiction researcher at Oregon Health & Science University who coauthored a look at treatments for opioid use disorder in the 2018  Annual Review of Public Health. “And then you can talk to them about counseling and their other needs — but first, let’s get them on medication.”

Yet only about 19 percent of adults with opioid use disorder received medication treatment in 2019, according to the National Survey on Drug Use and Health. One big reason for this is that regulations require physicians to see patients in person before prescribing medications in most cases. That makes it difficult for many people, particularly those in rural areas, to get treatment. Nearly 90 percent of rural communities have too few treatment programs to meet demand, for example, and about 30 percent of Americans live in counties without any buprenorphine providers.

Weintraub and his colleagues, based in Baltimore, used to travel to 70 miles to Denton, Maryland, to see opioid use disorder patients at the Caroline County Health Department. “But we found that people as close as Federalsburg and Greensboro, which were 15 or 20 minutes away, couldn’t make it there because there is no public transportation,” he says. Some individuals were driving tractors or bikes to get to treatment.

The barrier to buprenorphine treatment began to melt away in early 2020 when Covid-19 first swept across the country. Shortly after the government declared an official public health emergency, it relaxed regulations, allowing approved doctors to prescribe buprenorphine via telehealth without an initial in-person visit. For the first time, too, telehealth services could be performed across state lines, giving patients access to doctors across the country. Government and private insurers agreed to pay for services delivered via telehealth. These changes allowed providers to quickly pivot to telemedicine to help people in their communities get treatment in a totally new way.

At Sadler Health Center in south-central Pennsylvania, for example, patients seeking treatment before the pandemic had to submit a urine sample for drug screening before every appointment. All sessions — held weekly to monthly, depending on the patient’s stage of recovery — were face-to-face. When the pandemic hit, the state stopped requiring drug screens, and the federal government allowed Sadler clinicians to prescribe medication via telehealth without an initial in-person visit.

In addition to traditional providers like Sadler, for-profit companies — which had emerged before the pandemic, recognizing a business opportunity in the huge unmet need for opioid use disorder — began expanding rapidly. By allowing companies to prescribe from afar, the change in rules has allowed much more explosive growth, McCarty thinks.

Bicycle Health, for example, was founded in Redwood City, California, in 2017, and by early 2020, the company still had just one clinic that served about 100 neighborhood residents. After a patient’s first in-person visit and prescription, treatment and support services were delivered online. But when that in-person visit was no longer required during the pandemic, Bicycle grew, and now serves more than 10,000 patients in 23 states. Other companies such as Halcyon Health, Bright Heart Health, Ophelia, Workit Health and Eleanor Health also serve clients in multiple states, primarily via phone apps or webcams.

Although online treatment clearly removes some of the access barriers for opioid addicts to start on drug therapy, researchers are still not sure whether it works as well as in-person treatment for ongoing care. McCarty and colleagues recently reviewed nine studies to determine the effectiveness of telemedicine for medication-assisted opioid use disorder. In every study they looked at, telemedicine programs performed similarly to in-person treatment in adherence to medication and retention in the program, and in lowering rates of illicit drug use.

However, they noted, none of the studies was particularly robust, because very few clinicians had used telehealth before the pandemic. The researchers found just two randomized controlled trials — generally considered the strongest research design — and both had only a few participants; most of the other studies were observational accounts of single programs, which mostly also had few participants.

Research comparing in-person treatment for opioid addiction, pre-Covid, with telehealth treatment during the pandemic is beginning to emerge. One rural health center in Pennsylvania that pivoted to telehealth saw 91 percent of patients still in the program three months later, for example, compared with 94 percent for its pre-Covid in-person program. More definitive evidence is on the way, thanks to a larger study launched by the National Drug Abuse Treatment Clinical Trials Network to investigate the effectiveness of virtual treatment for opioid use disorder. Their results are expected in a few years.

David Kan, chief medical officer for Bright Heart Health, thinks that the emerging research about telemedicine in general offers encouragement for its use in treating opioid use disorder. “The research around telemedicine, no matter the disorder, has shown that people do as well as in-person care, but customer satisfaction tends to be higher,” he says. Kan also points to a review of 13 studies that examined psychotherapy and medication prescriptions delivered via telemedicine to address nicotine, alcohol and opioid use disorders. The authors of that review concluded that most patients were highly satisfied with telemedicine treatments, making them an effective alternative — especially when in-person treatments may be impractical.

While medication is the best evidence-based treatment, most patients also need therapy and other support, says Shannon Schwoeble, recovery coach program manager at Bicycle Health. She oversees 24 peer-led online support groups, available to patients six days a week, and thinks online therapy may have some advantages over in-person sessions. “When I hear their stories, a lot of times it’s, ‘I was embarrassed. I don’t want to be seen going into a clinic,’ or ‘I’m not ready for my family to know that I’m doing this yet, but I really need this because I know it’s going to help me.’”

Medication reduces the cravings, says Schwoeble, who is in long-term recovery herself. “Then the real work starts, and you’re able to start unpacking all of the stuff that caused you to use in the first place.”

Patients may wonder whether they can receive effective support over Zoom, but Schwoeble sees it work. “You have your computer and you’re able to separate yourself a little bit,” she says. “We have people from all over the country, all demographics, walks of life, coming together and providing each other with support.”

But telemedicine may not work for everyone, says Karen Scott, a physician and president of the New York-based Foundation for Opioid Response Efforts (FORE), which gives grants to organizations fighting America’s opioid epidemic. FORE focuses on programs targeting the most high-risk opioid users, many of whom have additional social, mental health and other problems that must be addressed alongside their addiction.

“This takes much more than a 15-minute visit and writing a prescription for buprenorphine,” she says. “For the populations that are at highest risk of death and at highest risk of not staying in treatment, it requires a whole package of wraparound services as well as building a relationship.”

Several organizations that received FORE grants did use telemedicine to connect with patients early in the pandemic. “But from what we hear from a number of our grantees, as soon as they were able to safely transition back to in-person visits, they really wanted to do that because they were worried,” Scott says.

Currently, the telemedicine regulations are loosened only until the government-declared public health emergency comes to an end. McCarty and others expect that, at least for opioid use disorder, regulations permitting telehealth will be continued. But that hasn’t happened yet, leaving today’s burgeoning online treatment programs at risk.

Considering that some 2 million Americans need treatment and 90 percent don’t get it, says Ankit Gupta, founder of Bicycle Health, “I don’t see how you can fill that access gap without telemedicine.”

Lola Butcher writes about health policy challenges, trends, issues and controversies. She is a member of the Association of Health Care Journalists and can be reached at [email protected] and @lolabutcher. 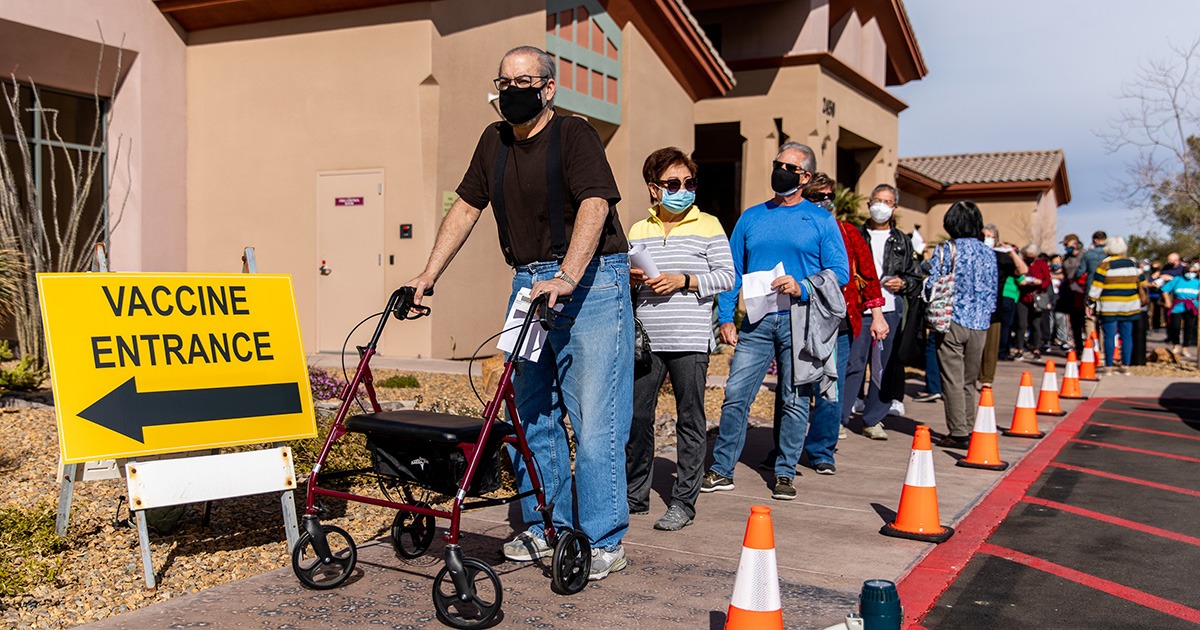 How to convince people to accept a Covid-19 vaccine 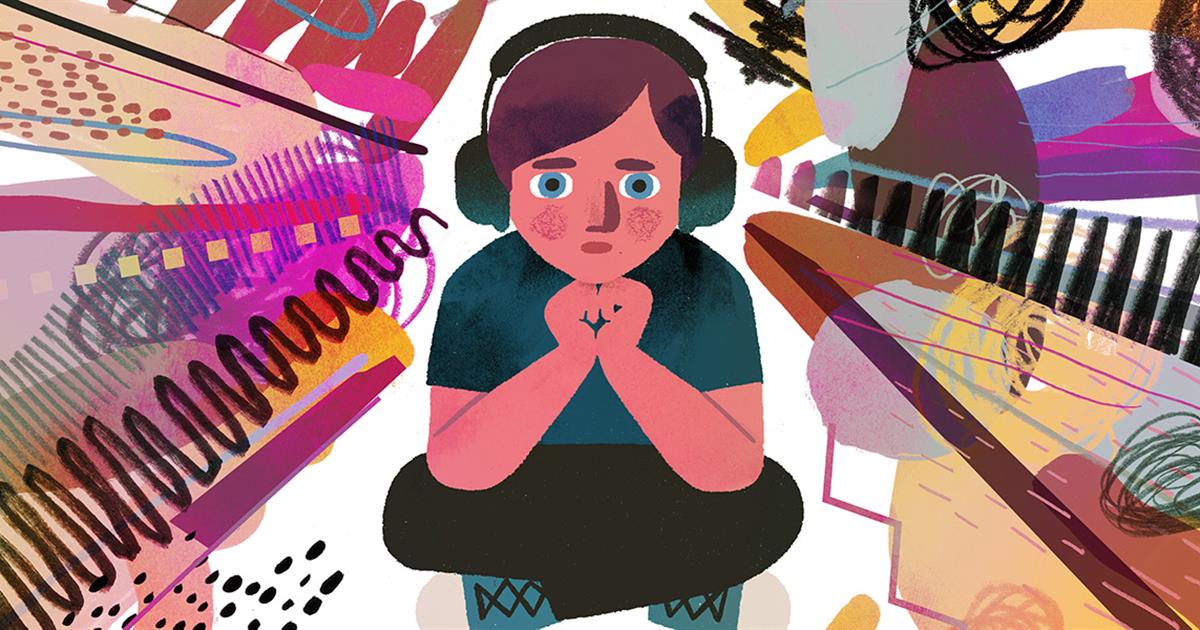 Studying poverty through a child’s eyes