Harvard-led researchers detect some of the earliest evidence for modern-like plate motion.

Scientists have long understood that plate tectonics, the drift of separate, rigid plates that make up the Earth’s crust, formed continents and mountains and was crucial to the evolution of the planet’s surface from one of molten lava and rock to an environment hospitable to life.

What’s been less clear is when it began.

A team of Harvard-led researchers have analyzed some very rare, ancient, and nearly indestructible crystals the size of small grains of sand called zircons for chemical clues about the onset of plate tectonics. The study, published in AGU Advances, suggests that 3.8 billion years ago there was a major transition in the geochemistry of these zircons that make them look much more like the zircons that are formed today in the red-hot environments where plate tectonics happen.

“Prior to 3.8 billion years ago, the planet doesn’t seem to be as dynamic,” said Nadja Drabon , a Harvard assistant professor of Earth and Planetary Sciences and the paper’s first author. “Today, there’s lots of crust that gets constantly destroyed in what are called subduction zones and new crust is created. Many [previous] zircons showed that back then once the early crust formed, it lived for a really long time — about 600 million years in this case. While there was some internal reworking, we never created new granitic crust. … Then 3.8 billion years ago, everything changes.”

Think of zircons as tiny time capsules that retain chemical clues of the Earth’s first 500 million years. Some were formed in the magma of the planet more than 4 billion years ago when the Earth, geologically speaking, was still in its infancy. It makes them the oldest known materials on Earth. Their secrets can be understood by zapping them with lasers, which is what the researchers did for their analysis.

The three zircon crystals used in the study: the hafnium isotope, oxygen isotope, and trace element compositions. Zircons are like time capsules that retain chemical clues of the Earth’s first 500 million years.

The scientists saw that 3.8 billion years ago as the planet was cooling, a lot of new crust was suddenly being formed and that the geochemical signatures of zircons began to look like those generated in subduction zones, the places where two colliding tectonic plates meet and one slides under the other and into the mantle where it is recycled (code word for burned to a crisp).

The researchers say it’s not clear whether there were subduction zones 3.8 billion years ago, but what is known is that the new crust being formed was likely a result of some type of plate tectonics.

The study adds to growing research that tectonic movement occurred relatively early in Earth’s 4.5 billion-year history. It offers hints about how the planet became habitable and the conditions under which the earliest forms of life developed.

Today, the Earth’s outer shell consists of about 15 shifting blocks of crust, which hold the planet’s continents and oceans. The process was key to the evolution of life and the development of the planet because the process exposed new rocks to the atmosphere, which led to chemical reactions that stabilized Earth’s surface temperature over billions of years.

Evidence of when the change began is hard to come by because it’s so scarce. Only 5 percent of all rocks on Earth are older than 2.5 billion years old, and no rock is older than about 4 billion years.

This is where the zircons come in.

The team of researchers, which included geologists from Stanford and Louisiana State University, gathered 3,936 new zircons from a 2017 expedition in South Africa. Thirty-three of them were at least 4 billion years old. It was quite the haul, because zircons from that time period are difficult to find because of their size.

Researchers essentially have to get lucky after grinding down rocks they’ve collected into sand and separating the resulting finds. The South Africa zircons ranged from 4.1 billion to 3.3 billion years old. The team looked at three different geochemical features of the zircon crystals they found: the hafnium isotope, oxygen isotope, and trace element compositions. Each gave them a different piece of the puzzle.

For instance, the hafnium isotope offered hints about the formation and evolution of the Earth’s crust; the oxygen isotopes about whether there were oceans; and the trace elements about the composition of the crust. The data suggested that the rate of crust formation started picking up almost 4 billion years ago.

The researchers also looked at data from other studies on ancient zircons that have been found around the world to see whether there was evidence of a similar shift. They found it in the data on hafnium isotopes.

“All of them show this shift between 3.8 and 3.6 billion years ago,” Drabon said.

Drabon says there wasn’t much data on the other two geochemical features, and she hopes to focus on those next, including looking at when oceans started forming.

There’s so much to do, Drabon said. “I don’t even know where to start.” 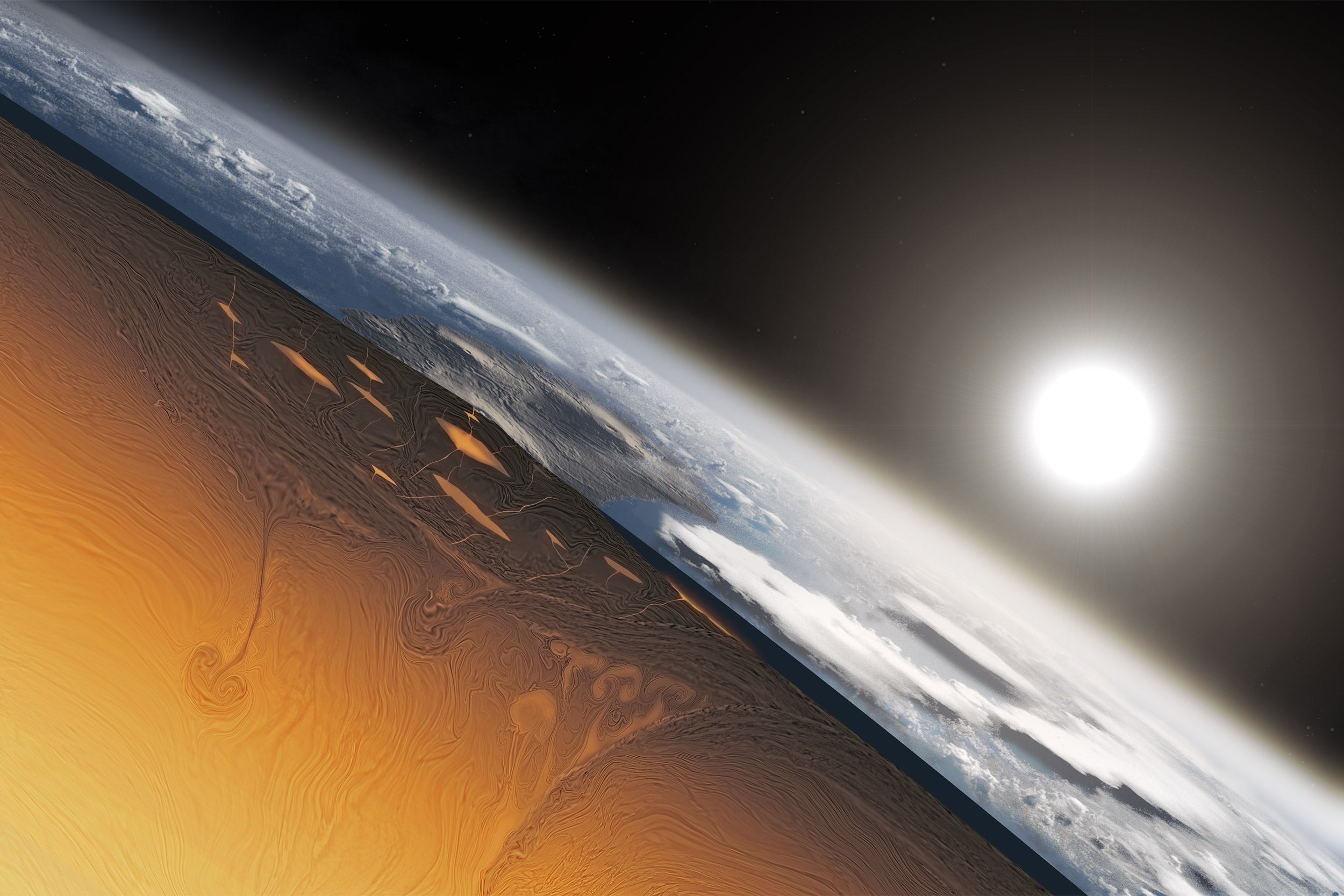 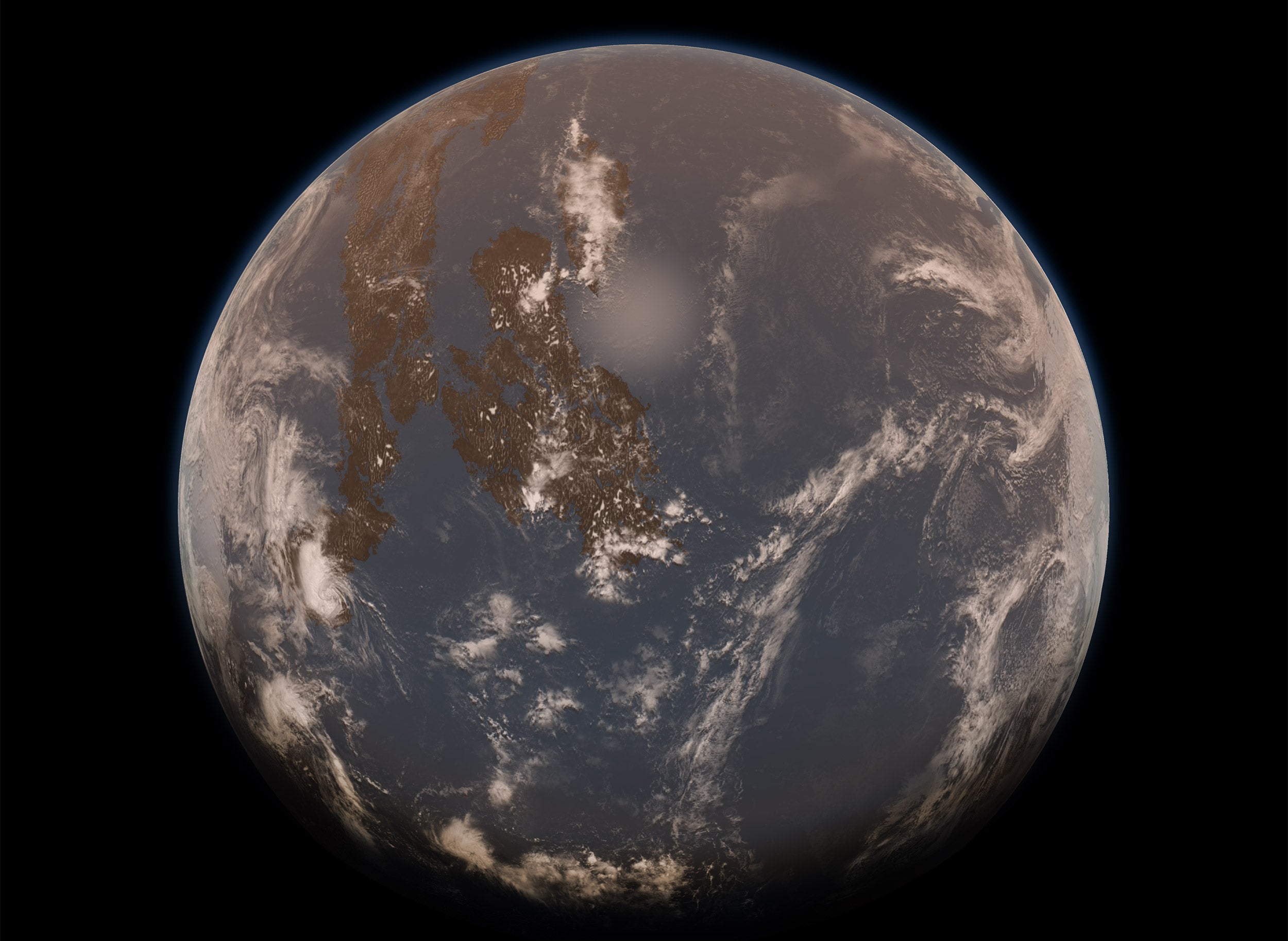