The race against radon

Scientists are working to map out the risks of the permafrost thaw, which could expose millions of people to the invisible cancer-causing gas

The race against radon

Scientists are working to map out the risks of the permafrost thaw, which could expose millions of people to the invisible cancer-causing gas

Deep in the frozen ground of the north, a radioactive hazard has lain trapped for millennia. But UK scientist Paul Glover realized some years back that it wouldn’t always be that way: One day it might get out.

Glover had attended a conference where a speaker described the low permeability of permafrost — ground that remains frozen for at least two years or, in some cases, thousands. It is an icy shield, a thick blanket that locks contaminants, microbes and molecules below foot — and that includes the cancer-causing radioactive gas radon.

“It immediately occurred to me that, well, if there is radon underground, it will be trapped there by a layer of permafrost,” recalls Glover, a petrophysicist at the University of Leeds in England. “What happens if that layer suddenly isn’t there anymore?” Ever since then, Glover has worked on methods to estimate how much radon — which is released as the element radium decays — might be liberated as climate change causes the permafrost to thaw.

Significant areas of Arctic and sub-Arctic ground  contain permafrost — but today it is melting, and the rate of that thaw is accelerating. In  a report published in January, Glover and coauthor Martin Blouin, now technical director at the mapping software firm Geostack, used modeling techniques to show that homes with basements built on areas of permafrost could be exposed to high levels of radon gas in the future. “As the permafrost melts, this reservoir of active radon can flood to the surface and get into buildings — and by being in buildings, cause a health hazard,” Glover says.

No one knows exactly how quickly radon diffuses through icy ground, but by using the rate of diffusion of carbon dioxide and adjusting for the properties of radon, Glover came up with a figure that he could use in the model. Based on 40 percent permafrost thaw, the calculations reveal that radon emissions could raise radioactivity levels to more than 200 becquerels per meter cubed (Bq/m3) for a period of more than four years in homes with basements at or below ground level. This happens when the 40 percent thaw occurs in 15 years or less.

According to the World Health Organization, the risk of lung cancer increases by about 16 percent with every 100 Bq/m3 of long-term exposure. Some countries,  including the UK, set the safe level of average exposure at 200 Bq/m3. But without testing for radon in areas where the geology suggests it’s present, people will not know whether they are at risk — because the gas is odorless, colorless and tasteless.

Glover stresses that the model in the paper is an early attempt to understand how permafrost thaw could affect people’s exposure to the gas. It doesn’t, for example, account for seasonal variation in the rate of permafrost thaw or the effects of soil compaction when ice within it melts, something which could pump yet more radon to the surface.

Some 3.3 million people live on permafrost that will have completely melted away by 2050, according to estimates in  a 2021 study. Not all of these people live in areas prone to radon but many do: For example, in parts of Canada, Alaska, Greenland and Russia. And the link between  radon exposure and lung cancer is well-established, as is the fact that  smoking further increases one’s risk, says Stacy Stanifer, oncology clinical nurse specialist at the University of Kentucky’s College of Nursing. She points to studies suggesting that radon  could be behind up to 1 in 10 lung cancer deaths, of which there are 1 million in total worldwide every year.

“Breathing radon is dangerous for everyone, but it’s even more harmful when you also breathe tobacco smoke,” says Stanifer. Smoking is prevalent in Arctic and sub-Arctic communities; for example, a 2012 study reported that nearly two-thirds of Canadian Inuit age 15 and over who live within the Inuit homeland said they smoke cigarettes daily, compared with 16 percent of Canadians overall.

Scientists don’t know how much radon is actually emanating from areas with melting permafrost today, says Nicholas Hasson, a geoscientist and PhD student at the University of Alaska Fairbanks: “I would call this a blank spot.” He notes that, in real life, permafrost layers are complex and irregular, and agrees with Glover that field measurements are essential to validate the model. Instead of a uniform sheet of ice underground, imagine permafrost as more of a higgledy-piggledy Swiss cheese of ice, with some areas much thicker than others and places where groundwater courses through it, exacerbating the thaw.

Hasson and colleagues have studied locations where permafrost is thawing unusually quickly and emitting methane, a greenhouse gas many times more potent than carbon dioxide. Similar “chimneys” could be spewing out elevated amounts of radon gas in some places, he suggests.

For human health, what really matters is the amount of radon that gets into people’s homes. Scientists and even homeowners themselves can use radioactivity detectors to assess this. A study published online in February 2022, which is yet to be peer-reviewed, measured levels of radon over the course of a year in more than 250 homes in three towns in Greenland. Out of 59 homes in Narsaq, for instance, 17 were found to have radiation levels above 200 Bq/m3.

Lead author Violeta Hansen, a radioecologist at Aarhus University in Denmark, stresses that these are early results based on a small number of homes. It would take much more research, she says, before she could evaluate the health risks associated with radon in properties like these across Greenland. She is now leading an international project that will run field experiments and gather radon measurements from homes in various countries, including Canada and Greenland. “We need to come back to the public with low-cost and effective, validated mitigation measures,” Hansen says.

It is important to avoid panicking people without solid data and solutions on hand, says Aaron Goodarzi, a radiobiologist at the University of Calgary in Canada. The good news is that there are tried-and-tested methods of lowering levels of radon inside a house once the homeowner knows it is there. Goodarzi points, for example, to a technique called sub slab depressurization, in which a sealed pipe is inserted below the house and connected to a fan. This sucks any radon out from below the building before blowing it away into the atmosphere. “Think of it simply like a bypass,” he says.

The type of building matters. Glover’s model found that homes built on piles or stilts, and thus separated from the ground, did not experience a boost in radon levels. Fortunately, many homes in the Arctic and sub-Arctic are constructed in this fashion. But for those that aren’t, the cost of mitigating radon could be prohibitive for low-income communities in these regions. “That’s an equity issue that has to be considered, certainly,” says Goodarzi, who notes that the onus might be on social housing administrators in some areas to ensure that the housing they provide is healthy.

A spokesperson for Health Canada says that the government agency currently recommends that homeowners test radon levels in their properties and use certified suppliers to install mitigation technologies if such are required.

Many people may not think about radon very much, given the fact that it is invisible. Glover says that getting informed now, before the permafrost thaw worsens, could save lives.

“We know that people die from it,” he says. “But at the same time, there’s so much that we can do to protect ourselves.”

Chris Baraniuk is a freelance science journalist and nature lover who lives in Belfast, Northern Ireland. His work has been published by the BBC, the Guardian, New Scientist, Scientific American and Hakai Magazine, among other publications. 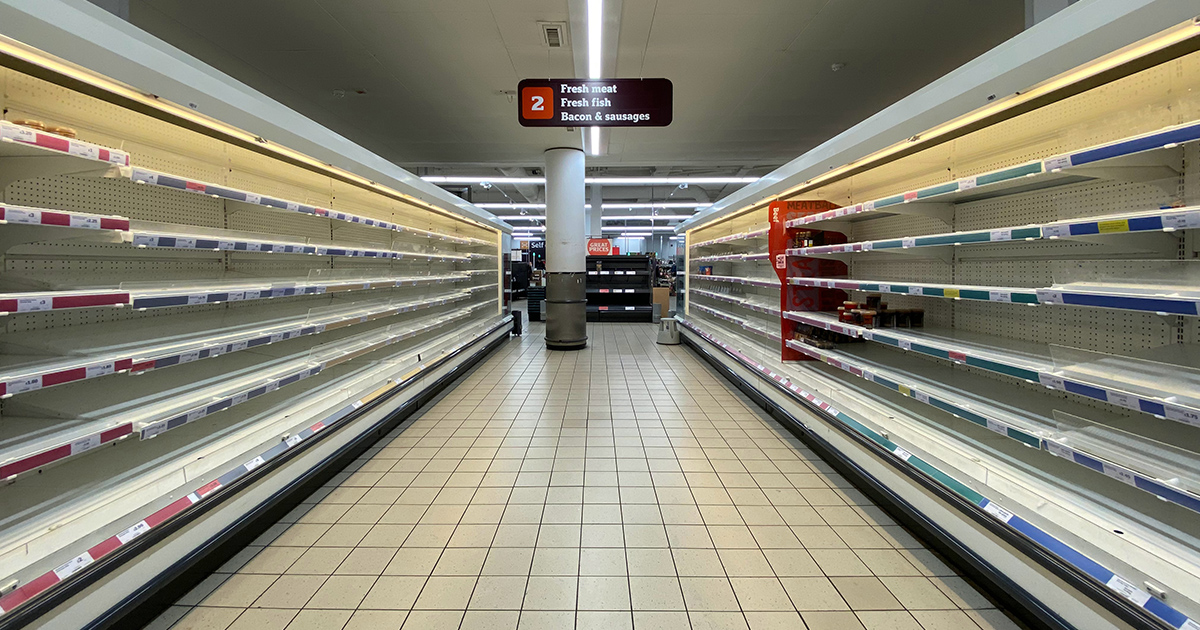