An archaeological look at modern refugees

The techniques of archaeology, usually used to study the past, also illuminate the experiences of today’s displaced people

An archaeological look at modern refugees

The techniques of archaeology, usually used to study the past, also illuminate the experiences of today’s displaced people

Millions of people from the Global South have left their homes behind to escape poverty, violence, war or drought. Archaeologists, who usually look back in time, can turn their expertise to these forced migrations, learning about the experiences of these displaced people and the barriers they face by examining the things that are used, carried or cast aside.

Since the 1970s, anthropologist and archaeologist Randall McGuire of Binghamton University in New York has been working in the Sonoran Desert, which straddles the United States’ southern border with Mexico. First led there by archaeology, he became part of the community in the border cities of Nogales in Sonora and Arizona, where the wall may hamper people’s movement but doesn’t stop the smell of cooking food from wafting across.

As McGuire noticed changes to the border and how this community reacted, he, along with other researchers, turned an archaeological lens on the modern humanitarian crisis of forced migration: analyzing material artifacts, observing the border itself and examining the migrants’ journeys. McGuire described this research trend in the 2020  Annual Review of Anthropology. His conversation with Knowable Magazine has been edited for length and clarity.

What prompted you to consider the archaeology of modern migration?

Over the past decade or more, there’s been a general movement to apply archaeological methods and concepts to contemporary society. This study of migrations is part of that larger movement. Being within 60 miles of the border, we were near a couple of major towns where coyotes — immigrant smugglers — would bring people to the border to cross. This was going on all the time.

I started working with a group called No More Deaths, No Más Muertes. One of the primary things we do is put water in the desert so that people don’t die. Over about three years, I worked off and on at an aid station in Nogales, Sonora, for people who have been deported. We were in the shadow of the border, and during that time period, they replaced the border wall. All this material change was going on around me. As an archaeologist, it just made sense to study it.

In archaeology, a fundamental concept is assemblage, a group of material things that identify people and serve a function. When I look at the border, I look at it as a material assemblage. We’re looking at the construction of the wall, and how that impacts ability to cross; and senses — sight and even smell — and the things that go with it. I’m making systematic observations — photography, although that’s sometimes difficult because both the Mexican border patrol and the US Border Patrol don’t like you taking pictures — and also talking to people about their experiences.

I’m interested in the physical wall and how it affects what people do or don’t do on that border. People are living with the border, changing their behavior and, in some ways, using it in ways the state hadn’t anticipated. It’s not always migrants crossing the wall — that’s very important. One of the first observations I made in 1972 was kids crawling back and forth under the wall. And the reason they crossed the wall was because at the time, you could only buy Mexican candy in Mexico and US candy in the United States. One thing most Americans don’t understand is that if people live on the border, they live there to cross. They have connections on both sides of the wall — families, professions, friends.

What sorts of artifacts do the migrants leave?

All kinds of stuff is abandoned by undocumented migrants. When they get picked up by smugglers 50 or 60 miles from the border on the US side, people are basically told to drop everything they’re carrying, strip to their underwear, and put on different clothing because people in Mexico and people in America wear different things. The coyotes basically make the migrants abandon anything they’re carrying that would link them to Mexico. Then they get into vehicles and everything they brought is left behind. So out in the desert, there are great mounds of people’s belongings — the quantity is absolutely enormous. At the point where migrants get into cars, there are piles of belongings taller than me, and I’m over 6 feet tall. People also abandon stuff that they just don’t want to carry anymore.

How do researchers analyze those objects?

We do that by mapping objects on the landscape. There’re some spots where people seek refuge during the day and there’ll be thousands of objects. You want to locate everything in that camp in three-dimensional space so you could reproduce it in a computer program or on a map. Then you would record things — pair of socks, abandoned milk jug, abandoned backpack, abandoned saint’s card — and you would then map the location of all those items. Then you could estimate how many people stopped at the camp and you could compare different camps.

I was hesitant to start such work because I was afraid it would aid the Border Patrol. Actually, they pretty much ignore us. But it has been useful for aid groups, like No More Deaths, to identify trails and put out water.

What have archaeologists learned by studying this stuff?

It tells us about behavior. Jason De León’s work in The Land of Open Graves tells us that heavier items are abandoned first. Sometimes people make bad judgments. If you’re crossing in December, it’ll be quite warm during the day, and people abandon coats — but it’ll get below freezing at night and people can die.

We can identify steps people take to camouflage themselves. Migrants believe that wearing dark clothing will make them less visible. It’s probably untrue, because the Border Patrol uses infrared cameras. And many migrants carry special black water jugs. Of course, if you’re wearing black clothing or carrying black jugs, the water gets hotter and the clothing makes you hotter.

Does looking more closely at these artifacts change the conversation around migrants?

If somebody just sees it as a pile of garbage, that dehumanizes the people that created it. If you come in and you analyze it, and you show what people are doing, what their behavior is, and how and why they’re making decisions, that humanizes them.

You can look at bookbags and say what men, women, teenagers and children are carrying. One of the things that mothers carry in their backpacks is medicine for their children. So migrants are carrying very human things. And they’re carrying things that you or I would relate to and many things that speak to where people are coming from and what they’ve left behind.

The Greek island of Lesbos has been the main focal point of immigration from the Near East to Europe. Tens of thousands of people arrive there, then discard the life jackets they’ve worn to come across. The enormity of what’s happening becomes clearer when you see the life jackets as opposed to a chart or table showing how many migrants landed on any day.

Each one of those was a person, and the experience of what that person went through is manifest through those life jackets and how they’re piled up. Researcher George Tyrikos-Ergas is looking at the quantity of life jackets and how different people relate to them, both the occupants of the island — who are kind of alarmed at these big piles of abandoned life jackets — and the people who were using them.

At first, the life jackets were an oddity. But then as the volume increased, it became a problem. That change reflects the experience of the people of Lesbos. The life jackets also speak to the experience of the people coming across. Many, if not the majority, of these life vests are actually useless. They’re worse than useless — they’ll absorb water. You know the very famous photo from 2015 of the 2-year-old Syrian boy who drowned? That was the case there.

How is work on migration in this contemporary context different from archaeological studies on ancient objects and cultures?

With the ancient past, the kind of information we have about people’s lives can be different. Often, we don’t have written records. Or even if we have records, we don’t have records of mundane activities. Also, the study of the ancient past is not as obviously overtly political as this work is. Often when we’re working in the past, we have to search more for the politics. In this contemporary issue, they’re right up front.

Has that affected your work, both as an anthropologist and a concerned individual?

My own involvement and that of many began because we were doing academic research, and this was happening around us and we saw an activist role for ourselves. We all try to step outside the academic to present a broader understanding of what’s going on. We try to provide knowledge of the human experience that reinforces what activists are doing.

One of the most important things to do when we talk about migrants is humanize them. We’re seeing that very strongly right now with the Ukrainian people. Millions of Ukrainian people are being accepted into Europe, and they should be. It leaves open the question why millions of people coming from Syria and Afghanistan were turned back. And the reason is because they weren’t seen as being fully human.

Carolyn Wilke is a Chicago-based freelance science journalist who covers archaeology, chemistry and the natural world. Find her on Twitter @carolynmwilke. 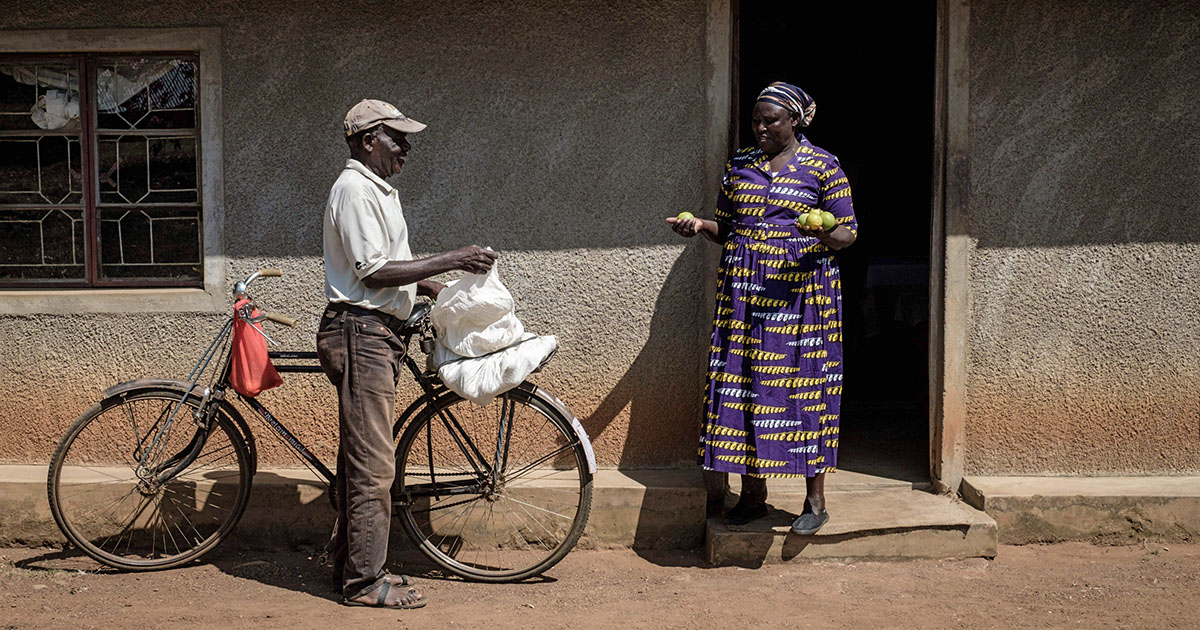 Can science solve the poverty problem?