Chinese astronauts have entered a new laboratory that arrived at the country’s orbiting space station this week.

The Wentian lab module launched Sunday aboard a Long March 5B-Y3 rocket from a Chinese space center on the southern island of Hainan, official media reported. The flight lasted 13 hours.

The module is the second of three that will complete the country’s Tiangong space station. The last module, called the Mengtian, is to launch in October. Chinese officials have said they expect the space station to be fully operational by the end of this year.

Three Chinese astronauts who began a six-month stay on the space station in June oversaw the Wentian lab’s arrival and connection to the main module.

The orbiting labs are designed to permit astronauts to carry out scientific and biological experiments and test new technologies. Among the first planned research will be cellular and growth experiments involving plants, fruit flies and zebrafish, the official Xinhua news agency reported.

The astronauts currently visiting the space station live in the main Tianhe module. When fully complete, the station is designed to house up to six astronauts at a time.

The current astronauts aboard the space station include commander Chen Dong and team members Liu Yang and Cai Xuzhe. The group is expected to return to Earth in December after a new crew arrives.

Hours after the arrival of the module, state broadcaster CCTV showed video of the astronauts floating inside the new lab. CCTV described the launch and linking operation as “a complete success.”

China’s state-run Global Times newspaper reported the 23-ton Wentian lab is heavier than any other single module spacecraft currently in space. The module will serve as the main entry and exit point for future space vehicle activities.

The completed Tiangong structure will be about one-fifth the size of the International Space Station (ISS), Reuters news agency reported.

About one year ago, China successfully landed a spacecraft on Mars. The Tianwen-1 spacecraft carried a robotic explorer, called Zhurong. The explorer, or rover, is expected to measure atmospheric conditions and magnetic forces during its search for signs of ancient life on Mars.

China’s space program is run by the ruling Communist Party’s military wing, the People’s Liberation Army. China has largely completed its Tiangong program without other nations' assistance. The U.S. did not permit China to cooperate with the International Space Station because of the Chinese space program’s military ties.

China launched its first astronaut into orbit in 2003, making it only the third country to do so on its own after the former Soviet Union and the U.S. China has also returned lunar samples to Earth and officials have discussed a possible crewed mission to the moon.

Next year, China is planning to launch a large new space telescope. The telescope is to be positioned in the same orbit as Tiangong, permitting the station to link up with it for refueling and repairs when needed.

The Associated Press, Reuters and Agence France-Presse reported on this story. Bryan Lynn adapted the reports for VOA Learning English.

module – n. a part of an object that can operate alone, especially a part of a spacecraft

exit –n. a way out or a point to leave from

sample – n. a small amount of something that gives you information about the thing it was taken from 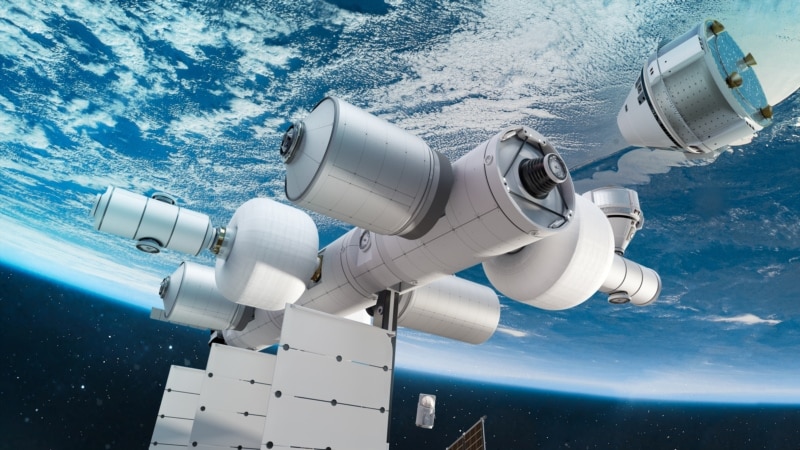 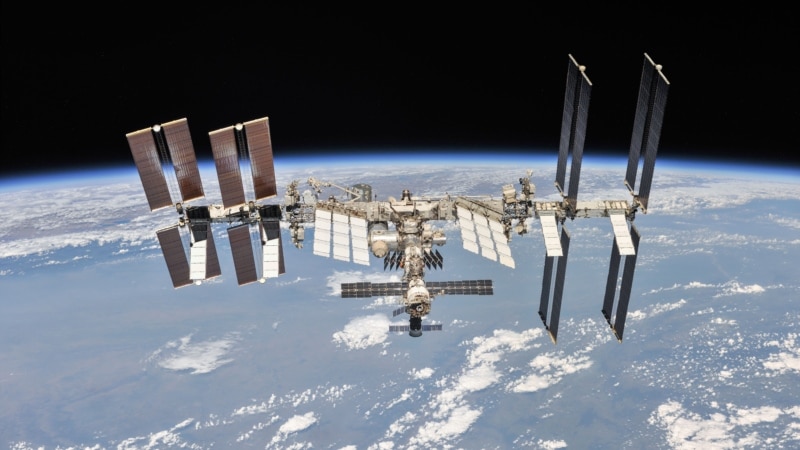