Japan is the latest country to try to increase its involvement with Africa. The effort comes as China continues to grow its influence on the continent.

Many top leaders from around the world have made visits to Africa this year. They include Russian Foreign Minister Sergey Lavrov, U.S. Secretary of State Antony Blinken and several European diplomats. Experts see the visits by Western leaders as an attempt to oppose China’s power in Africa. They also see them as an attempt to oppose Russia’s influence on the continent.

A partner growing together

Last month, Japan offered to provide African countries with another choice for funds and investment.

Japan promised the aid during the eighth Tokyo International Conference on African Development (TICAD), which took place in Tunisia. Japan also announced at the conference that some $1 billion would go toward support for African countries’ debt restructuring, a process where countries make changes to loans in order to avoid failure to pay. Japan said it hopes “to be a ‘partner growing together with Africa.’”

In his comments at the event, Japanese Prime Minister Fumio Kishida criticized Russia and seemed to also criticize China. He pointed to the current situation of severe economic inequality and environmental problems in Africa. He called for the conference to “deal with issues such as the food crisis caused by Russian aggression against Ukraine and unfair and opaque development finance.” When financing is opaque, the details of the loan are not available to the public.

Paul Nantulya is a researcher at the Africa Center for Strategic Affairs in Washington, D.C. He took part in two earlier TICAD conferences. He said the description of “opaque” development finance was “definitely a rebuke to China.” Some observers say China has been carrying out “debt trap diplomacy.” In other words, it is letting countries borrow money even when it is clear they cannot repay the loans. In theory, the borrowing country then comes under the political control of the lending country.

However, there is increasing agreement among economists that evidence does not support the claims of a debt-trap system by China. China has forgiven loans in many cases and has rarely taken possession of national property. The claim is still a common criticism by Western countries. The claim angers Chinese leaders.

Stories in Chinese state media have condemned Kishida’s remarks as an insult to China. The stories also say Japan was dishonest about its reasons for offering help.

The state publication Global Times said China does not have a problem with other countries offering aid to African nations. But it opposes Western countries, such as the U.S. and Japan, trying to make African countries distrustful of China.

The Africa Center for Strategic Studies says that Japan-Africa trade is worth an estimated $24 billion a year. That amount is also much smaller than China’s - a record $254 billion last year.

Experts on the subject told VOA there are several key differences between the methods of China and Japan. The Chinese model involves the Chinese state cooperating with African ruling parties directly. The Japanese one involves different kinds of organizations, including non-governmental organizations and international organizations like the United Nations Development Program and the African Development Bank.

Shinichi Takeuchi is director of the African Studies Center at the Tokyo University of Foreign Studies. He noted that China's aid in Africa often centers on the fields such as infrastructure and agriculture. Japan's aid, he said, covers a wide range of development fields, including human development issues.

Kate Bartlett reported on this story for VOA News. Jill Robbins adapted it for Learning English.

pledge – v. to promise to give

range – n . a number of different things of the same general kind

What do you think of Japan’s promise to African countries? We want to hear from you. We have a new comment system. Here is how it works:

Each time you return to comment on the Learning English site, you can use your account and see your comments and replies to them. 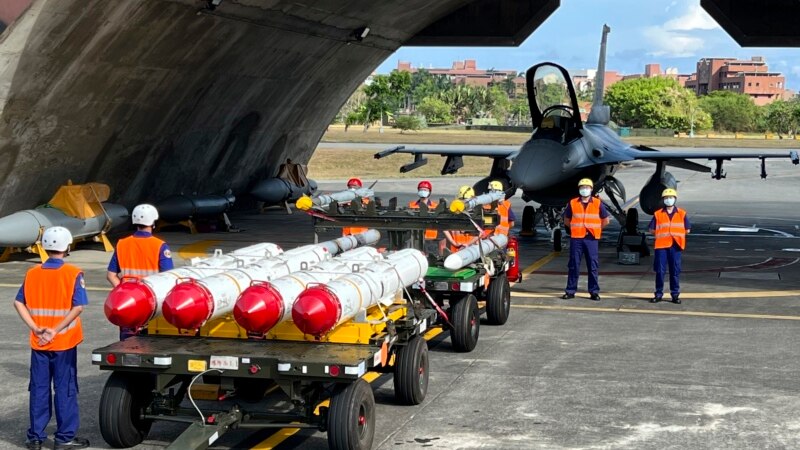 Taiwan Holds Its Own Military Exercises