Cell Rover: Exploring and augmenting the inner world of the cell

MIT researchers demonstrate an intracellular antenna that's compatible with 3D biological systems and can operate wirelessly inside a living cell.

Researchers at the MIT Media Lab have designed a miniature antenna that can operate wirelessly inside of a living cell, opening up possibilities in medical diagnostics and treatment and other scientific processes because of the antenna’s potential for monitoring and even directing cellular activity in real-time.

“The most exciting aspect of this research is we are able to create cyborgs at a cellular scale,” says Deblina Sarkar, assistant professor and AT&T Career Development Chair at the MIT Media Lab and head of the Nano-Cybernetic Biotrek Lab. “We are able to fuse the versatility of information technology at the level of cells, the building blocks of biology.”

A paper describing the research was published today in the journal Nature Communications .

The technology, named Cell Rover by the researchers, represents the first demonstration of an antenna that can operate inside a cell and is compatible with 3D biological systems. Typical bioelectronic interfaces, Sarkar says, are millimeters or even centimeters in size, and are not only highly invasive but also fail to provide the resolution needed to interact with single cells wirelessly — especially considering that changes to even one cell can affect a whole organism.

The antenna developed by Sarkar’s team is much smaller than a cell. In fact, in the team’s research with oocyte cells, the antenna represented less than .05 percent of the cell volume, putting it well below a size that would intrude upon and damage the cell.

Finding a way to build an antenna of that size to work inside a cell was a key challenge.

This is because conventional antennas need to be comparable in size to the wavelength of the electromagnetic waves they transmit and receive. Such wavelengths are very large — they represent the velocity of light divided by the wave frequency. At the same time, increasing the frequency in order to reduce that ratio and the size of the antenna is counterproductive because high frequencies produce heat damaging to living tissue.

This conversion from electromagnetic to acoustic waves is accomplished by fabricating the miniature antennas using material that is referred to as magnetostrictive. When a magnetic field is applied to the antenna, powering and activating it, magnetic domains within the magnetostrictive material align to the field, creating strain in the material, the way metal bits woven into a piece of cloth could react to a strong magnet, causing the cloth to contort.

When an alternating magnetic field is applied to the antenna, the varying strain and stress (pressure) produced in the material is what creates the acoustic waves in the antenna, says Baju Joy, a student in Sarkar's lab and the lead author of this work. "We have also developed a novel strategy using a non-uniform magnetic field to introduce the rovers into the cells," Joy adds.

Configured in this way, the antenna could be used to explore the fundamentals of biology as natural processes occur, Sarkar says. Instead of destroying cells to examine their cytoplasm as is typically done, the Cell Rover could monitor the development or division of a cell, detecting different chemicals and biomolecules such as enzymes, or physical changes such as in cell pressure — all in real-time and in vivo.

Materials such as polymers that undergo change in mass or stress in response to chemical or biomolecular changes — already used in medical and other research — could be integrated with the operation of the Cell Rover, according to the researchers. Such an integration could provide insights not afforded by the current observational techniques that involve destruction of the cell.

With such capabilities, the Cell Rovers could be valuable in cancer and neurodegenerative disease research, for example. As Sarkar explains, the technology could be used to detect and monitor biochemical and electrical changes associated with the disease over its progression in individual cells. Applied in the field of drug discovery, the technology could illuminate the reactions of live cells to different drugs.

Because of the sophistication and scale of nanoelectronic devices such as transistors and switches — “representing five decades of tremendous advancements in the field of information technology,” Sarkar says — the Cell Rover, with its mini antenna, could carry out functions ranging all the way to intracellular computing and information processing for autonomous exploration and modulation of the cell. The research demonstrated that multiple Cell Rovers can be engaged, even within a single cell, to communicate among themselves and outside of the cells.

“The Cell Rover is an innovative concept as it can embed sensing, communication and information technology inside a living cell,” says Anantha P. Chandrakasan, dean of the MIT School of Engineering and the Vannevar Bush Professor of Electrical Engineering and Computer Science. “This opens up unprecedented opportunities for extremely precise diagnostics, therapeutics, and drug discovery, as well as creating a new direction at intersection between biology and electronic devices.”

The researchers named their intracellular antenna technology Cell Rover to invoke, like that of a Mars rover, its mission to explore a new frontier.

“You can think of the Cell Rover,” says Sarkar, “as being on an expedition, exploring the inner world of the cell.” 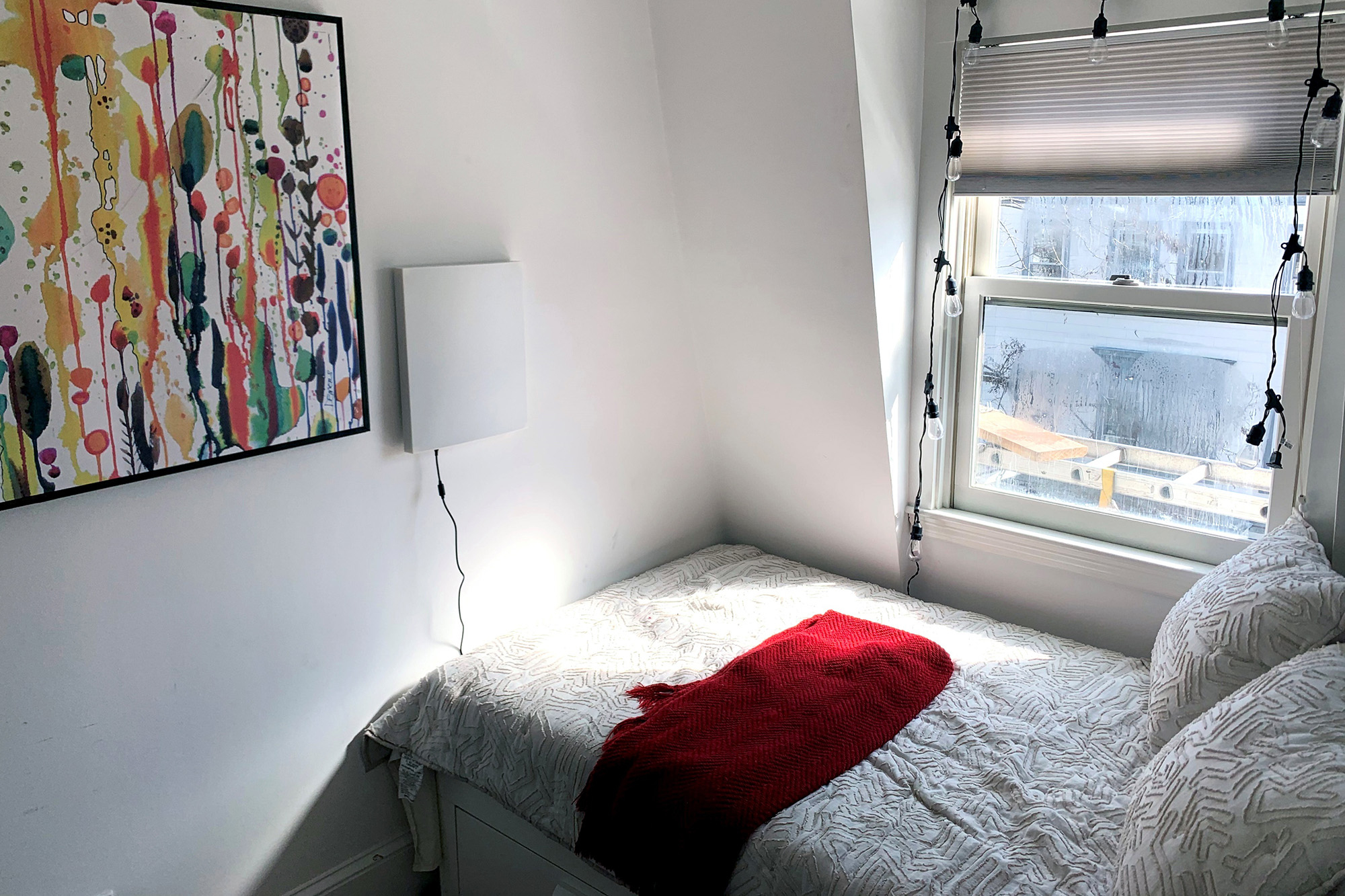