States Prepare to Reduce Use of Colorado River Water

The Colorado River supplies water for several states in the Southwest U.S. including Southern California.

But more than 20 years of dry conditions and sharp population growth is forcing changes. States using the river must renegotiate a 100-year-old agreement, the Colorado River Compact. This agreement determines how much water different areas within each state get to use.

When the Compact was first signed in the 1920s, the climate in the area was different. Because of this, the people who created the Compact incorrectly estimated how much water people would use. Now, the demand for water is greater than the supply from the river.

Two reservoirs are important parts of the water supply for the states of California, Colorado, Arizona, Utah, Nevada, Wyoming and New Mexico. The reservoirs are called Lake Mead and Lake Powell.

The U.S. Bureau of Reclamation is a federal agency that supervises the use of water in many areas, including the Colorado River area.

The Commissioner for the Bureau of Reclamation, Camille Touton, told a committee in the U.S. Senate that water use would need to be cut next year.

She also told the states that are part of the Colorado River Basin to offer plans by August for how much water they would cut next year. Colorado, Utah, New Mexico and Wyoming submitted plans. California, Nevada and Arizona have not.

The Bureau can decide by itself how much to cut, but it is giving the states more time to complete their plans. The Bureau wants the states to reduce their water use by 15 to 30 percent.

It is estimated that around 70 to 80 percent of the river’s water is used for farming. California uses much of its allotment of water for farming and for an area in southern California which is home to about one-half of the state’s 39 million people. California has the largest population of any U.S. state.

California also leads the U.S. in sales of food from farming. It sells its fruits, vegetables, and animal products to every part of the U.S.

Because of a series of court cases, laws, and agreements, Arizona and Nevada, two states which border California, must cut their use of water before California does.

Without Colorado River water, Southern California, including the city of Los Angeles, would lose about one-third of its water supply. In addition, a large farming area in southeastern California called the Imperial Irrigation District would become dry.

Areas that use the Colorado water are trying to reduce how much they use. The city of Las Vegas, Nevada has banned grass in many areas, such as grass lawns in front of office buildings. However, single-family homes may keep their lawns.

The Southern Nevada Water Agency has even paid homeowners to remove their grass lawns.

The city of San Diego, in Southern California, has built a large plant that turns seawater into drinking water. Other methods to reduce the use of water include using dirty water, called wastewater, for landscaping . And the Metropolitan Water District in Southern California limited outdoor water use this summer to one day a week.

The U.S. Congress has approved $4 billion for projects related to the Colorado River. California state officials might use some of that money to pay farmers to use less water.

This story was adapted by Andrew Smith for VOA Learning English. It was adapted from stories for the Associated Press by Kathleen Ronayne, Chris Outcalt, and Brittany Peterson.

negotiate -v. to make, or try to make, an agreement, often for a treaty between governments, or for a business agreement

determine -v. to decide, control, or affect the result

reservoir -n. a large area built or formed to contain water, such as behind a dam

lawn –n. an area grass near a house or building

landscaping -n. the design of the area outside a building or home, such as a garden, a lawn, or a mixture of trees and small plants 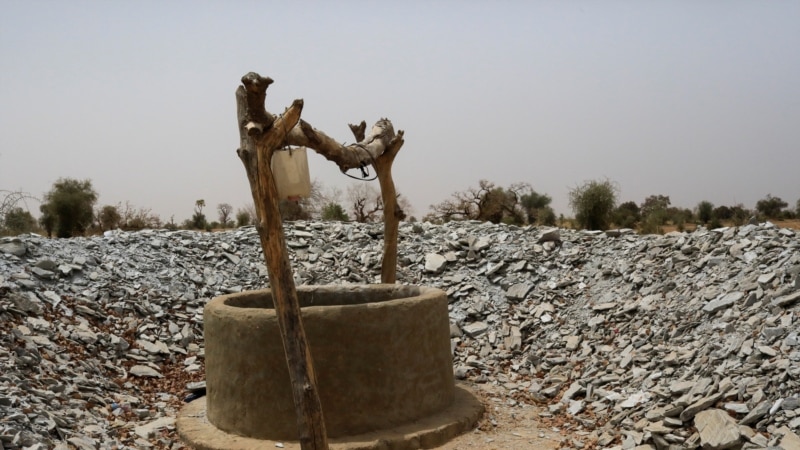 Cost, Difficulty Prevent Africans from Getting to Underground Water