A new technique can measure thousands of molecules from a single drop of blood. The blood can even be collected at home.

Researchers have shown they can measure thousands of molecules—some of which are signals of health—from a single drop of blood.

“Even more importantly, we’ve shown you can collect the blood drop at home and mail it into the lab,” says Michael Snyder, director of the Center for Genomics and Personalized Medicine at Stanford University and senior author of the research in Nature Biomedical Engineering .

Unlike finger-prick testing for diabetes, which measures a single type of molecule (glucose), multi-omics microsampling gives data about thousands of different molecules at once.

The research sounds similar to a well-known approach promoted in the past for testing a single drop of blood, but there are important differences: While the earlier approach was based on replicating existing diagnostic tests, multi-omic microsampling uses a different type of data analysis based on a technology called mass spectrometry , which sorts molecules based on their mass and electronic charge. In addition, the data analysis is performed in a lab, not in a portable box.

Instead of focusing on any single protein, metabolite or inflammatory marker, the growing field of “omics” research takes a broader, systems-biology approach: analyzing the whole spectrum of proteins (the proteome), fats (the lipidome) or the by-products of metabolism (the metabolome).

Although recent advances have made this data analysis more robust and efficient, the real-world usefulness of multi-omics research has been limited by the difficulties of sample collection, among other challenges. To measure someone’s response to a food or medication, many samples in a short time span may be needed; currently, sampling requires traveling to a clinic for an intravenous blood draw of 10 to 50 milliliters.

“For the study, we asked participants to take blood samples five times in just four hours,” says Snyder, professor in genetics. “Traditionally that would have meant putting in a catheter and pulling out a lot of blood each time. By the fifth draw, your participants would have less iron and fewer red blood cells.”

The researchers wanted to know whether they could drastically reduce the volume of blood used for multi-omics analysis, but still profile thousands of molecules.

After testing a variety of microsampling devices, they chose one called the Mitra , a portable finger-stick device that draws 10 microliters of blood into a gel matrix. They then tested multiple extraction techniques to separate out the proteins, lipids, and metabolites. A second separate microsample was used to measure inflammatory markers.

“It wasn’t at all expected that we’d be able to do this kind of analysis on such a small sample,” says Ryan Kellogg, a postdoctoral researcher in genetics and one of four co-lead authors of the paper. The other three co-lead authors are Stanford postdoctoral scholars Xiaotao Shen, Daniel Panyard, and Nasim Bararpour.

In a pilot study of two test subjects, the researchers were able to measure the levels of 128 proteins, 1,461 metabolites, and 776 lipids from each microsample. They then monitored the samples for stability when they were stored at a variety of temperatures.

“Overall, very few proteins were unstable, regardless of temperature,” Snyder says. Some of the lipids and metabolites broke down during storage at certain temperatures, but the majority were stable, he says.

When the researchers compared the multi-omics results obtained by microsampling with those from a traditional blood draw, they found the results from the two collection types to be similar for the vast majority of molecules. Confident that their multi-omic microsamples were reliable, the scientists next tested applications for the new technique.

The researchers conducted a study that monitored the molecular impact of a nutrition shake, analyzing data from 28 participants for four hours after they consumed a defined quantity of carbohydrates, fats, proteins, and micronutrients from the meal replacement shake.

“What we found is that people responded very, very differently to this mixture,” Snyder says.

Different people can have drastically different metabolic responses to the same food, but standard blood tests don’t give enough data to understand why.

Almost 50% of the compounds in the shake could eventually be detected in the blood of participants, and researchers were able to divide the participants into two major groups based on how quickly the molecules in their blood changed, with one group responding more quickly to the shake than the other. Participants with known insulin resistance were more likely to fall into the “fast responder” group.

Some participants also had an inflammatory reaction, with molecules involved in their immune response peaking about 30 minutes after consuming the shake.

“The ultimate goal of doing these detailed profiles is to give people information,” Snyder says. “If you learn you’re having an immune response to a particular food, you might be quite motivated to change your diet.”

98 finger sticks in a week

In the second experiment, the researchers took molecular monitoring a step further, by sampling Snyder’s blood every one to two hours while he was awake for a week.

By the end of the week, the research team had made a total of 214,661 biochemical measurements, including levels of proteins, fats, and hormones like cortisol, which they compared with physiologic data from the wearable sensors.

In addition to discovering many molecules that exhibited previously unidentified 24-hour rhythms (meaning that certain molecules follow a daily, cyclic ebb and flow), the researchers observed that glucose and cortisol levels varied extensively throughout the day, contrary to what they’d expected.

“Textbooks describe how these molecules are supposed to behave,” Snyder says. For example, cortisol is expected to be high in the morning and drop during the day. But when the researchers analyzed the data, they found this was true for Snyder on some days but not others, highlighting the importance of frequent sampling.

Because this data represents the molecules of a single participant, it can’t be used to draw conclusions about anyone else. But according to Snyder, that’s one of the important take-aways from this research: Individuals have diverse molecular profiles that may change based on their personalized behavior patterns.

“The most exciting thing about microsampling is the ability to collect denser time points and more comprehensive data,” Kellogg says. “With traditional venipuncture, your doctor gets a sample every six months, or maybe even every few years. There’s a lot of biology happening between those samples.”

Midway through the week, for instance, the multi-omics monitoring picked up an immune event, of which Snyder himself was unaware—he suspects it was his body fighting off an infection. Snyder was also able to track his own personal metabolism of salicylic acid (a byproduct of the baby aspirin he takes each morning), suggesting that multi-omics microsampling can be useful for tracking an individual’s response to a drug.

The next step for the Snyder lab will be to expand the pilot studies and offer multi-omic microsampling to a broader swath of patients.

“Several ongoing projects are evaluating if this method can be used for early disease detection,” says Shen, who was in charge of data analysis for the project. “Through longitudinal monitoring, we’re very hopeful this can be used for diagnosis.” In addition, Kellogg has founded a startup that uses multi-omic microsampling to better define the molecular effects of long COVID and develop new diagnostics.

Snyder envisions a future in which healthy people would perform multi-omic microsampling at home at regular intervals every month, every week, or maybe even once a day—to get a sense of their personal molecular fingerprint. Subtle changes in that fingerprint could signal the onset of disease long before an abnormality would be picked up by standard lab tests.

“The bottom line,” Snyder says, “is that we can get a really deep profile of a person’s metabolic and immune health , all through the convenience of a home test.”

He adds that many people experience a “white coat effect,” which sends their heart rate and blood pressure skyrocketing the moment they step into a health care setting. “That’s going to change your physiology and affect the results. You’re better off doing as much of this as possible from home.”

The National Institute of Health funded the work. 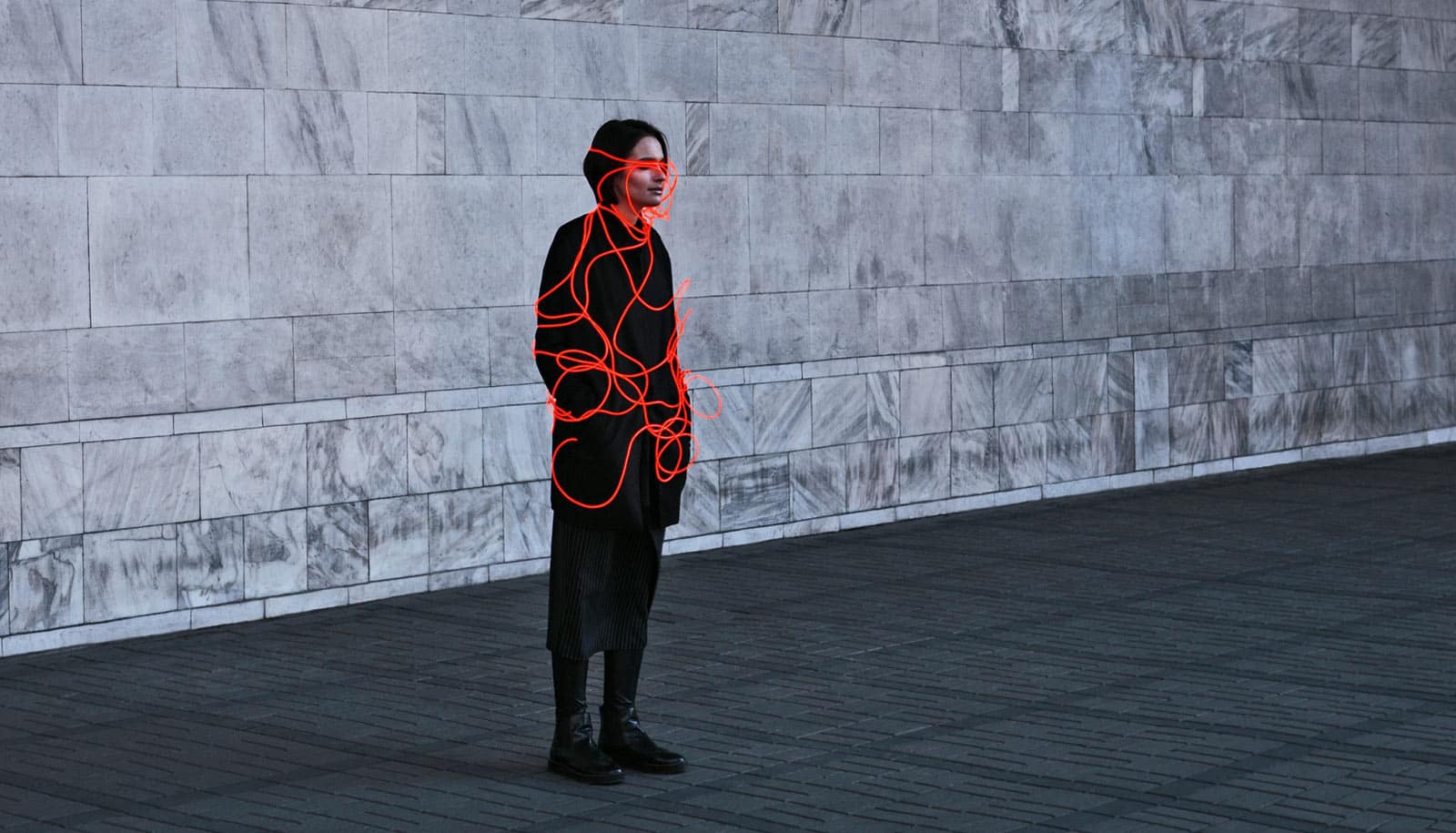 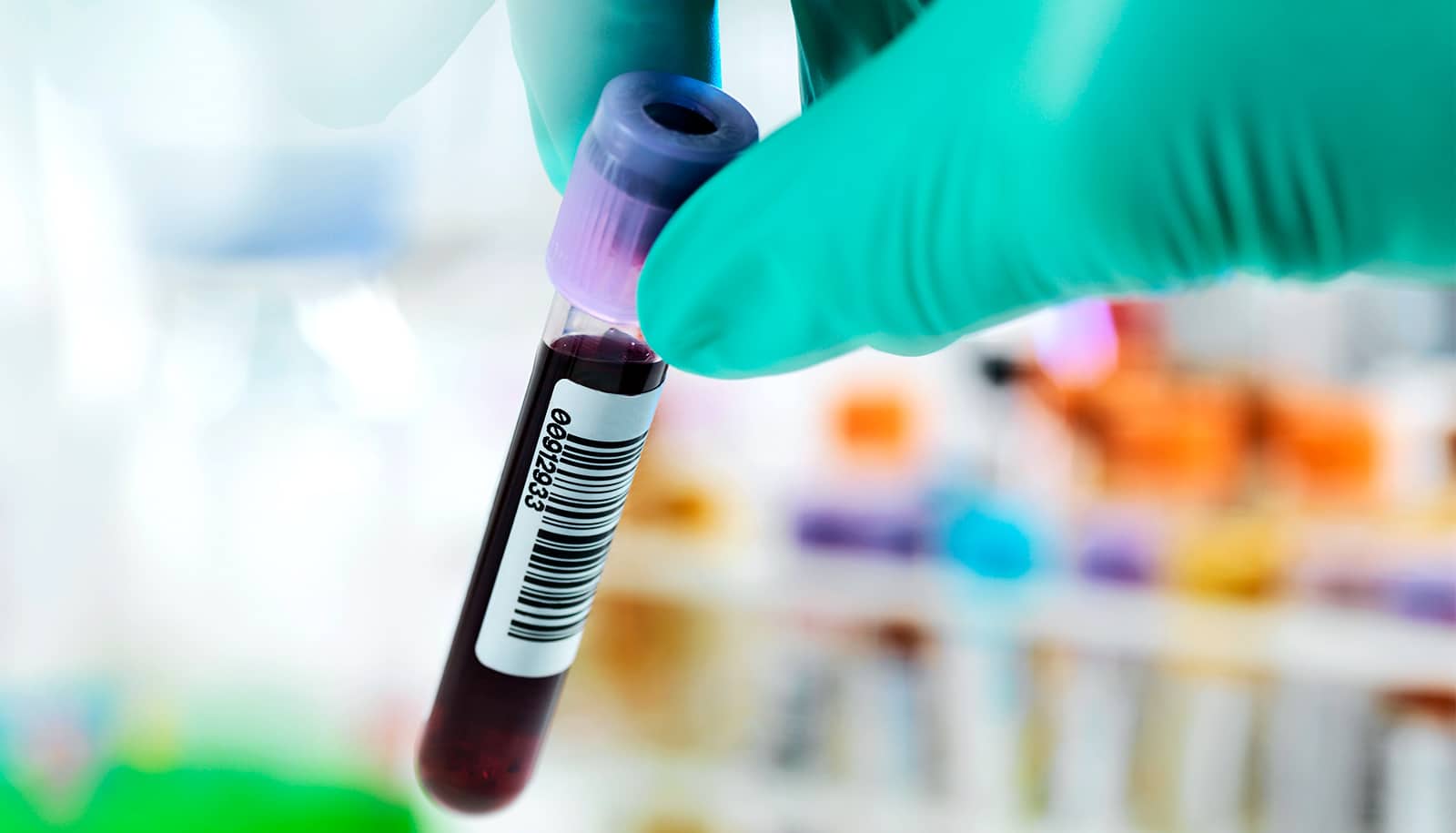