The findings are published in the journal

They are the biggest animals to have walked the Earth, with some weighing as much as a space shuttle.

However, it is unclear how dinosaurs grew to such massive proportions.

A new dinosaur discovery from Argentina gives fresh evidence on the rise of the giants.

The fossil was found in the northwest of Argentina during a field trip. The scientists found four skeletons in all, one of a new species and three of related dinosaurs.

"We could see that it was a new species that we named Ingentia prima," said Dr Cecilia Apaldetti of CONICET-Universidad Nacional de San Juan in Argentina. "That in Latin means the 'first giant'."

The dinosaur dates back to the Triassic, about 30 million years before the iconic long-necked plant-eaters Diplodocus and Brachiosaurus appeared on the scene.

It wasn't as large, weighing about 10 tonnes. But its discovery is a surprise, coming so early in dinosaur evolution.

The new dinosaur species Ingentia prima and similar species are grouped together as "lessemsaurids".

Dinosaur fans need to learn a new name, the lessemsaurids, because these were the first dinosaurs to grow to giant sizes of around 10 tonnes, back in the Triassic Period some 215 million years ago. The remarkable discovery of four lessemsaurid skeletons forces us to rethink when, and how, dinosaurs got so huge.

We used to think that the first giant dinosaurs arose in the early part of the Jurassic Period, after supervolcanoes caused a global extinction at the end of the Triassic. But the lessemsaurids tell us that at least some dinosaurs were able to attain giant sizes during the latest part of the Triassic, before the extinction.

What is really unexpected is that the lessemsaurids achieved their huge bodies independently of the gigantic sauropods like Brontosaurus and Diplodocus, which did indeed evolve later during the Jurassic. The development of huge size wasn't just a one-off event for the sauropods, but rather different types of dinosaurs were able to become colossal, which speaks to just how incredible these animals were.

It is a member of a group called sauropodomorphs, meaning "lizard-foot form". These eventually evolved into the four-legged creatures that became the largest animals that ever walked the land.

The dinosaur had an elongated neck and tail, although not on the scale of Diplodocus. It was about 10m long.

Like dinosaurs that lived later, it had bird-like air sacs, which may have been needed to keep large animals cool and supply large amounts of oxygen.

"We could observe in the bones [from the growth rings] that they had markedly high-growth periods," said Dr Apaldetti, who was among the team to find the dinosaur.

Her group's investigations show that there is more than one way to super-size a dinosaur.

And they suggest that there may be even bigger and stranger dinosaurs out there, which are yet to be discovered.

"It is a new way to get body size in an early moment in evolutionary history," said Dr Apaldetti. "This strategy was not used again in the history of dinosaurs."

The findings are published in the journal Nature Ecology & Evolution. 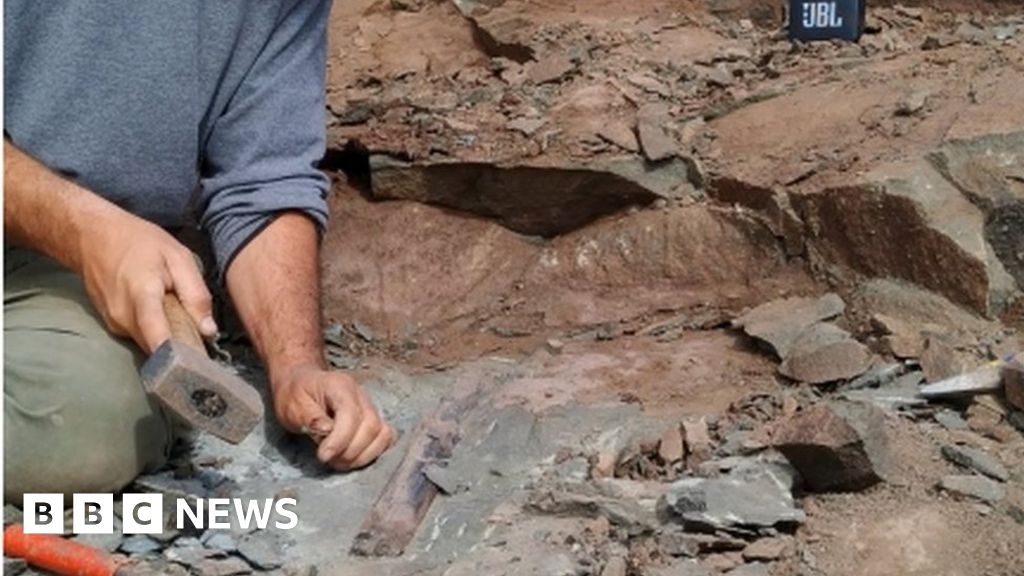 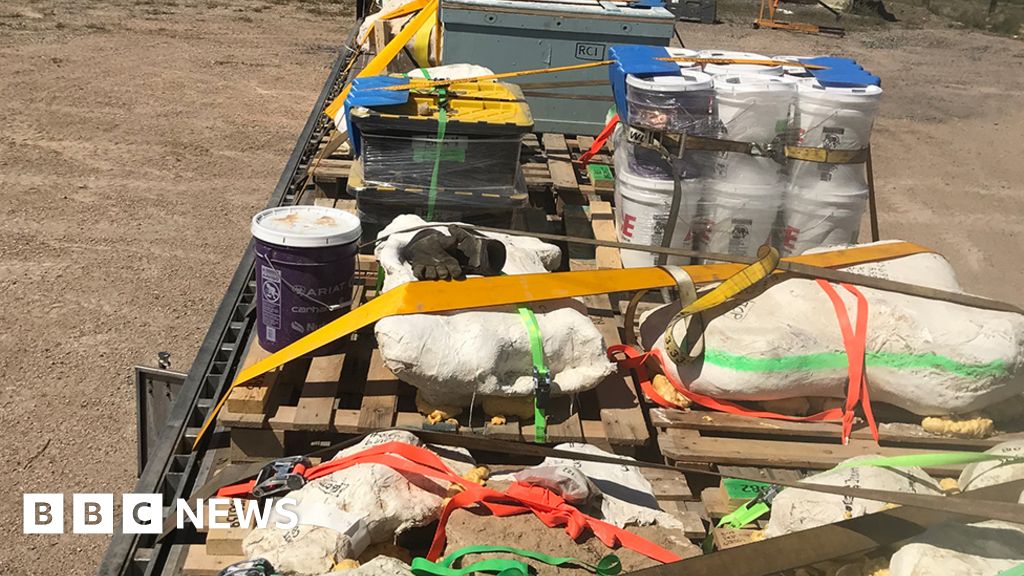