Three astronauts from Russia, Canada and the US left from Kazakhstan on Monday morning.

Three astronauts have blasted off on the first manned Soyuz rocket launch since a dramatic failure in October.

Astronauts from Russia, the US and Canada left from Kazakhstan on a mission bound for the International Space Station at 17:30 (11:30 GMT).

Investigators blamed a faulty sensor which they said had been damaged during assembly at the Kazakh site.

"Risk is part of our profession," the 54-year-old said at a press conference.

"We are psychologically and technically prepared for blast-off and any situation which, God forbid, may occur on board."

A rehearsal unmanned flight, which delivered cargo including food and fuel supplies, was successfully carried out in mid-November.

The three-person crew's mission was originally scheduled for later this month, but officials brought it forward to avoid the ISS being left unmanned when its current crew return to earth.

The incident on 11 October cast a spotlight on the safety of Russia's space programme, whose fleet have suffered a number of technical failures in recent years.

Afterward, investigators said they believed other Soyuz models may have been defective, but said additional checks had been introduced.

Nasa gave reassurances about their continued co-operation with and trust in the Russian programme following the incident.

Who's on board Expedition 58?

Roscosmos, the Russian space agency, is currently the only organisation transporting astronauts to the ISS after Nasa ended its space shuttle flights in 2011.

The crew who set off on Monday will spend six-and-a-half months on board the station.

Reports say a Russian Orthodox priest blessed their rocket before its flight on Monday, as is traditional.

It will be the fourth visit to the ISS for Russian cosmonaut Mr Kononenko, while the trip will be the first for both Anne McClain from the US and David Saint-Jacques of the Canadian Space Agency.

During their mission, members of the crew are scheduled to embark on a spacewalk to further probe a mysterious hole that caused a loss of air pressure on-board the ISS in August.

Its cause has not yet been established, but Russian officials have said they believe it was caused by a drill and may have been deliberate. 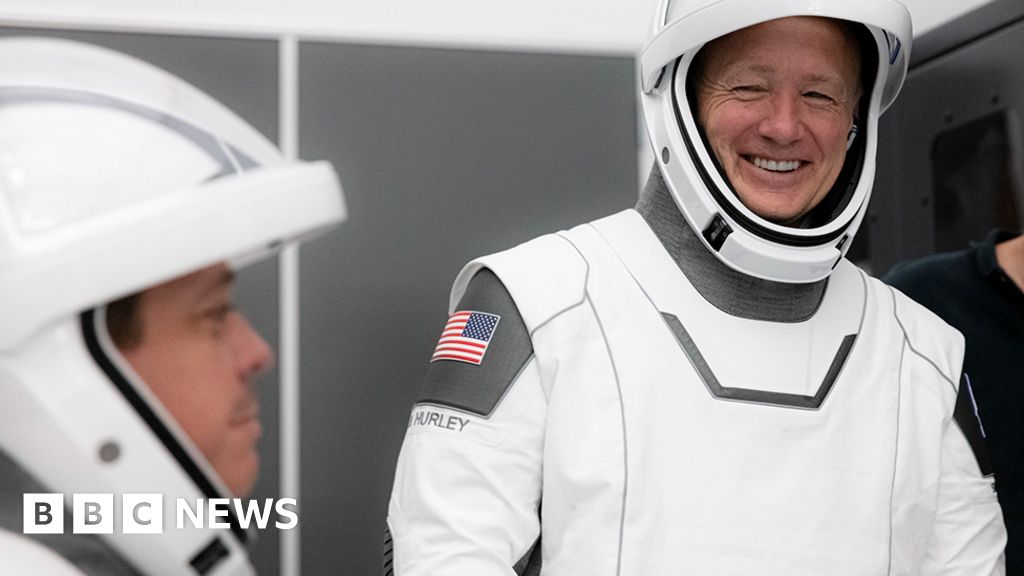 SpaceX astronaut launch: here's the rocket science it must get right