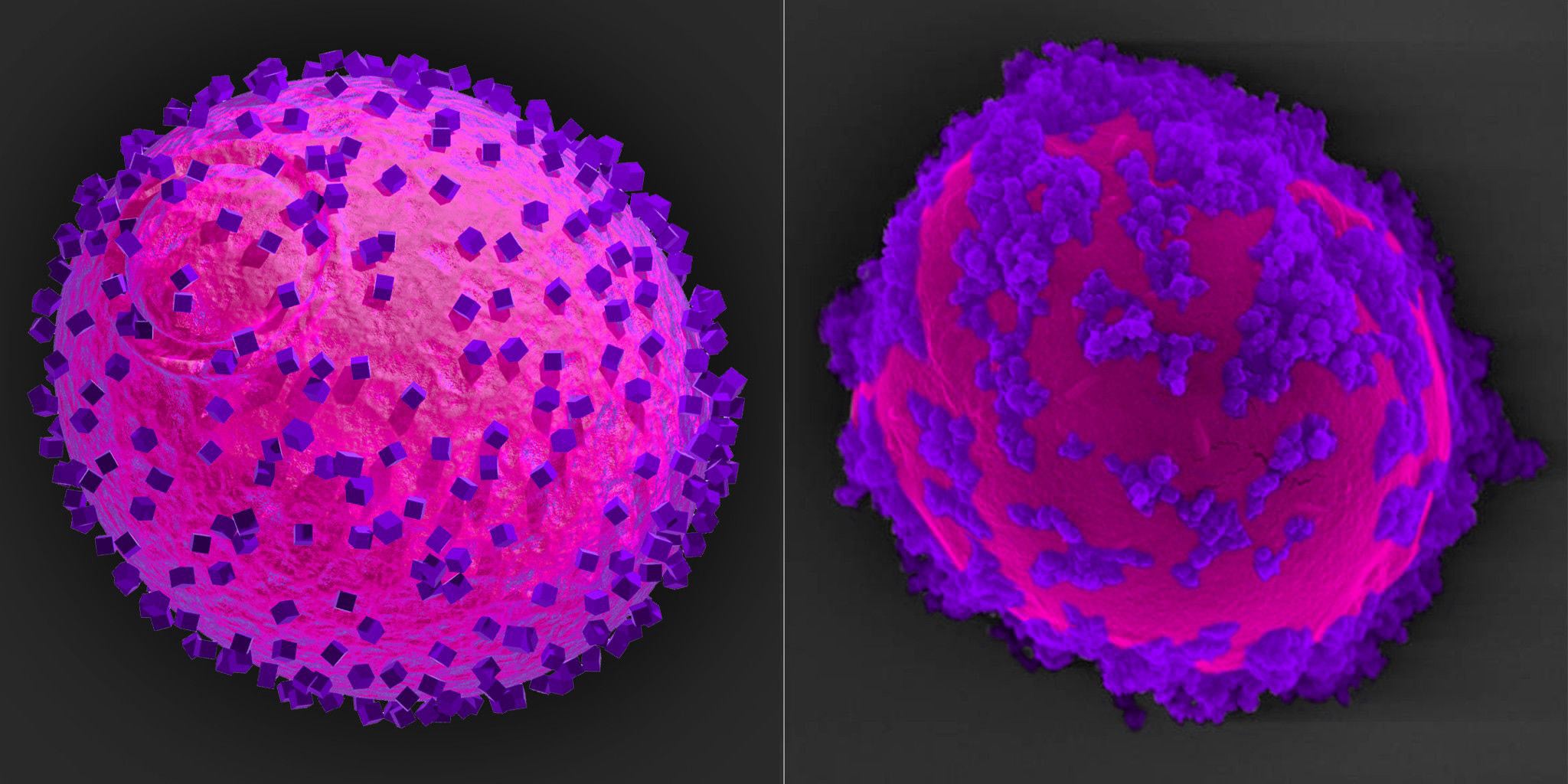 Yeast is getting a boost from solar power

Harvard researchers have started to combine bacteria with semiconductor technology that, similar to solar panels on a roof, harvests energy from light and, when coupled to the microbes’ surface, boosts their biosynthetic potential.

Genetically engineered microbes such as bacteria and yeasts have long been used as living factories to produce drugs and fine chemicals. More recently, researchers have started to combine bacteria with semiconductor technology that, similar to solar panels on a roof, harvests energy from light and, when coupled to the microbes’ surface, boosts their biosynthetic potential.

The first “biological-inorganic hybrid systems,” or biohybrids , largely focused on fixing atmospheric carbon dioxide and producing alternative energies. While they were promising, they also revealed key challenges. For example, semiconductors, which are made from toxic metals, to date have been assembled directly on bacterial cells, which they often damage in the process. In addition, the focus on carbon-fixing microbes has limited the range of products to relatively simple molecules. If biohybrids could be created based on microorganisms equipped with more complex metabolisms, it would open new paths for production of a much wider range of chemicals useful for many applications.

Now, in a study in the journal Science, a multidisciplinary team led by Professor Neel Joshi and postdoctoral fellows Junling Guo and Miguel Suástegui of Harvard’s Wyss Institute for Biologically Inspired Engineering and the John A. Paulson School of Engineering and Applied Sciences (SEAS) presents a highly adaptable solution to these challenges.

“While our strategy conceptually builds on earlier bacterial biohybrid systems that were engineered by our collaborator Daniel Nocera and others, we expanded the concept to yeast — an organism that is already an industrial workhorse and is genetically easy to manipulate — with a modular semiconductor component that provides biochemical energy to yeast’s metabolic machinery without being toxic,” said Joshi, who is a core faculty member at the Wyss Institute and associate professor at SEAS. Co-author Nocera is the Patterson Rockwood Professor of Energy at Harvard University.

As a result of these manipulations, yeasts’ ability to produce shikimic acid, an important precursor of the antiviral drug Tamiflu, several other medicines, nutraceuticals, and fine chemicals, was significantly enhanced.

Wyss Institute core faculty member Neel Joshi explains the concept of yeast biohybrids and how they can be used to harvest energy from light to drive the production of fine chemicals.

The baker’s yeast Saccharomyces cerevisiae naturally produces shikimic acid to generate some of the building blocks to synthesize proteins and other biomolecules. However, by genetically modifying the yeast’s central metabolism, the researchers enabled the cells to funnel more of the carbon atoms contained in their main nutrient source, glucose, into the pathway that produces shikimic acid, while preventing the loss of carbon to alternative pathways by disrupting one of them.

“In principle, the increased ‘carbon flux’ toward shikimic acid should lead to higher product levels, but in normal yeast cells the alternative pathway that we disrupted to increase yields … also provides the energy needed to fuel the final step of shikimic acid production,” said co-first author Miguel Suástegui, a former postdoc in Joshi’s team who is now a scientist at Joyn Bio LLC. To boost the more carbon-effective but energy-depleted engineered shikimic acid pathway, “We hypothesized that we could generate the relevant energy-carrying molecule NADPH instead in a biohybrid approach with light-harvesting semiconductors.”

Toward this goal, Suástegui collaborated with Junling Guo, the study’s other co-corresponding and co-first author and presently a postdoc in Joshi’s lab. They designed a strategy that used indium phosphide as a semiconductor material. “To make the semiconductor component truly modular and non-toxic, we coated indium phosphide nanoparticles with a natural polyphenol-based ‘glue,’ which allowed us to attach them to the surface of yeast cells while at the same time insulating the cells from the metal’s toxicity,” said Guo.

When tethered to the cell surface and illuminated, the semiconductor nanoparticles harvest electrons from light and hand them over to the yeast cells, which shuttle them across the cell walls into their cytoplasm. There the electrons elevate the levels of NADPH molecules, which then fuel shikimic acid biosynthesis. “The yeast biohybrid cells, when kept in the dark, mostly produced simpler organic molecules such as glycerol and ethanol; but when exposed to light, they readily switched into shikimic acid production mode with an 11-fold increase in product levels, showing us that the energy transfer from light into the cell works very efficiently,” said Joshi.

“This scalable approach creates an entirely new design space for future biohybrid technologies. In future efforts, the nature of semiconductors and the type of genetically engineered yeast cells can be varied in a plug-and-play fashion to expand the type of manufacturing processes and range of bioproducts,” said Guo.

“The creation of light-harvesting, living cellular devices could fundamentally change the way we interact with our natural environment and allow us to be more creative and effective in the design and production of energy, medicines, and chemical commodities,” said Wyss Institute Founding Director Donald Ingber, the Judah Folkman Professor of Vascular Biology at HMS and the Vascular Biology Program at Boston Children’s Hospital, as well as professor of bioengineering at SEAS.