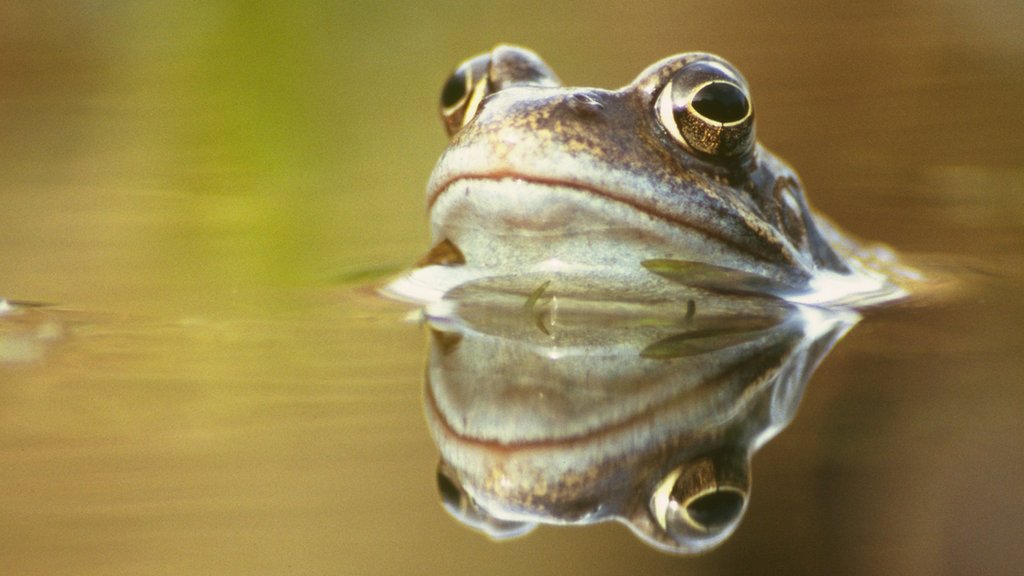 Climate change: How frogs could vanish from ponds

Climate change is having an impact on British wildlife, say scientists mapping a deadly frog disease.

Climate change is having an impact on frogs found in British ponds, research suggests.

A deadly frog disease is spreading due to warmer temperatures and in the next 50 years could cause entire populations to vanish, according to a study.

The virus could spell disaster for the common frog, which is a familiar sight in garden ponds and the countryside.

Amphibians have been particularly hard hit by changes in the natural world.

Four out of 10 species are on the edge of extinction globally due to factors such as disease, habitat loss and climate change.

The study provides "strong evidence" of the impact of climate change on wildlife disease and how it might aid the spread of the virus across the UK, said Dr Stephen Price of ZSL's Institute of Zoology.

"Climate change isn't something that's just happening in faraway places - it's something real and present that's already had hard-to-predict impacts on wildlife in our own back gardens here in the UK," he said.

The prospect of entire populations of frogs being wiped out is "a real sadness" given the fond memories many people have of pond dipping and collecting tadpoles, he added.

The research looked at a disease known as ranavirus, which can kill a large number of frogs in a short time. It found mass die-offs matched historic temperature changes, with outbreaks predicted to become more severe, widespread and over a greater proportion of the year within the next few decades, if carbon emissions continue unchecked.

At present, the disease is confined largely to England, but climate change could lead to outbreaks across the UK and earlier in the year. If the disease were to hit tadpoles in spring, then whole populations could disappear "almost overnight", said the researchers.

Prof Trenton Garner of ZSL said that while there were some options for mitigation, this is only a short-term solution. "If we don't eventually slow and reverse human-driven climate change, we unfortunately can only expect things to get worse for our amphibians," he said.

The scientists say frogs may be better able to fight off infection if they have areas to keep cool - such as log piles, vegetation or shady patches, and deeper ponds.

The study, published in Global Change Biology, was carried out with Queen Mary University of London, UCL and University of Plymouth.