'Jet in a box' powers remote Halley Antarctic base

The UK has managed to get one of its major Antarctic bases operating in an automatic mode for the first time.

Halley base, on the Brunt Ice Shelf, is remotely running experiments that include the monitoring of the ozone layer and of "space weather".

The station would normally be crewed year-round, even through the permanent darkness of winter.

But staff have had to be withdrawn because of uncertainty over the stability of nearby ice.

A giant berg the size of Greater London is about to break away from the Brunt, and officials from the British Antarctic Survey (BAS) consider it prudent to keep people away from the area, at least until the light and warmth of summer returns.

That's prompted the UK's polar research agency to develop an innovative set-up that can continue the station's priority science activities in what is now the third winter shutdown on the trot.

A micro-turbine - something akin to a small "jet engine in a box" - is presently turning at 70,000rpm, 24-hours-a day, to generate a constant 9 kilowatts of power.

The system has been working without a hitch since being fired up in February.

The electrical supply has enabled BAS to operate about 80% of Halley's normal experiment schedule with no human intervention. Data is sent via satellite back to scientists' laptops in the UK.

A major beneficiary has been the station's Dobson photospectrometer, the instrument whose seminal observations in the 1980s led to the discovery of the hole in Earth's ozone layer.

The photospectrometer was forced offline in the winters of 2018 and 2017 because there was no-one present to mind it.

"We've been measuring column ozone at Halley since the 1950s and so those two lost winters of data hang heavy on my heart; they really do," said Prof David Vaughan, the director of science at BAS.

"So, I'm really proud of the position we're now in. The key time is September to October when the ozone hole reaches its seasonal minimum and then starts to climb out of that minimum as the Sun comes back. That's what we want to capture because it tells us how well the ozone layer is healing," he told BBC News.

Halley also plays a prominent role is gathering information on so-called space weather - the disturbances that occur in the high atmosphere, and above, as Earth's magnetic field interacts with discharges from the Sun. Halley's data is used to forecast possible disruption to radio communications and satellite operations.

While some space weather observations can be carried out remotely, BAS hasn't yet been able to make that happen for the station's two big radar systems used for the purpose.

One has been removed to the Falkland Islands to provide some partial coverage of the Antarctic. But the intention is to bring at least one of the systems back to Halley for winter use if the shutdowns continue.

Another aspiration is automated greenhouse-gas sampling. Ordinarily, this is done manually with a flask. A bottle is opened by hand to capture a volume of air, including those warming gases such as carbon dioxide and methane, and then sealed for later analysis by the US National Oceanic and Atmospheric Administration.

BAS is developing a smart system of pumps and flasks that could also be hooked up to the micro-turbine's power output.

The Survey says it's unlikely Halley would ever be turned over permanently to summer-only operations; there will always be advantage in having some people on site. Indeed, right now, the excitement surrounding the new equipment is more for its potential to open up research in other sectors of the continent.

"Currently, if you want to go into deep-field and run an experiment, it has to be quite low power," explained Thomas Barningham, the project manager on the Halley Automation Project.

"We're talking maybe solar panels, battery boxes or a small wind turbine. But if you have a containerised system with a micro-turbine that can run itself unattended for nine months, then you can start deploying more complicated, higher power experiments.

"And you have to remember that keeping people out in the deep field is a risk; it's a dangerous place."

Summer teams will start to return to Halley in November. Whether the big iceberg will have come off the Brunt by then is anyone's guess.

A big crack, known as Chasm 1, has virtually broken through the entirety of the ice shelf. When it does, the imperative for BAS will be to determine that the remaining ice shelf structure shows no anomalous behaviour.

A network of GPS sensors positioned around the Halley station should confirm this is the case very quickly. The base was moved in 2017 to get it upstream and as far from the chasm as possible. 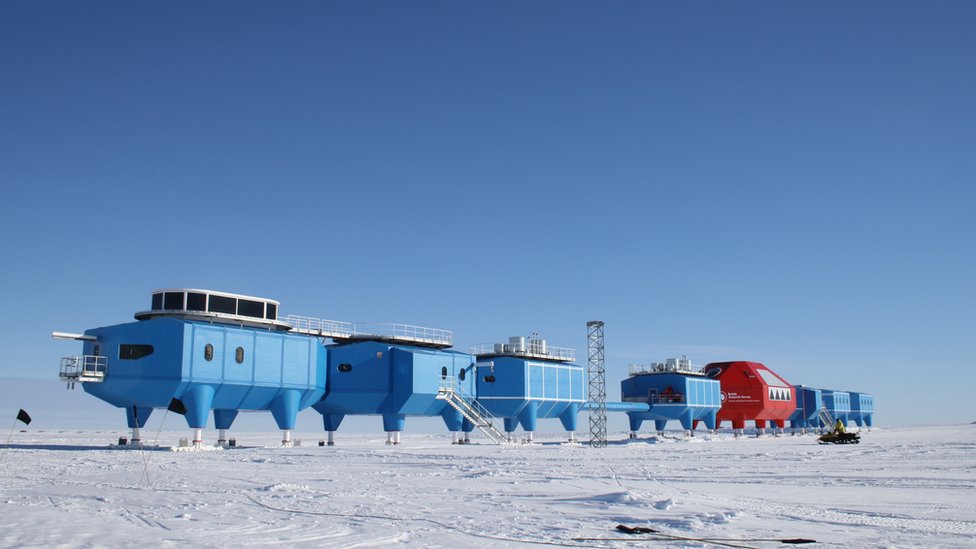 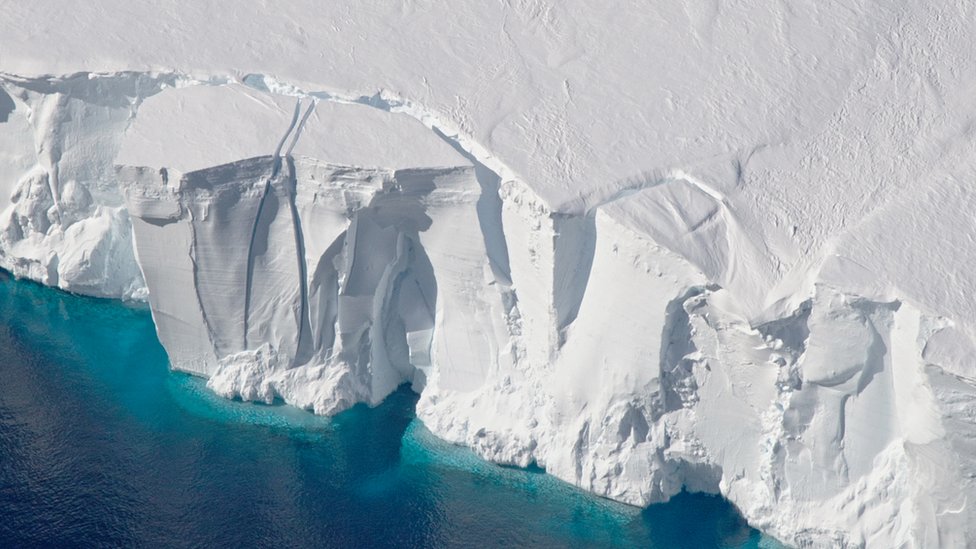