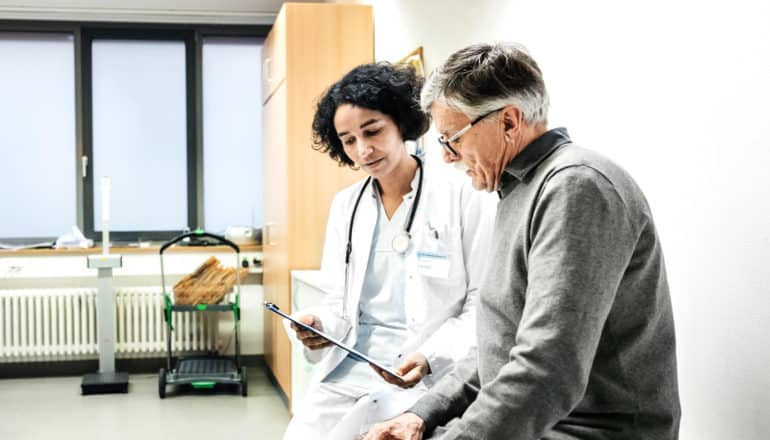 New research documents unnecessary cancer screenings for older adults with less than 10 years life expectancy, as well as how to communicate about foregoing such tests.

Over the past decades, the public has repeatedly heard the idea that all adults should get regularly screened for cancer—with mammograms, colonoscopies, and prostate specific antigen blood tests. But current clinical guidelines recommend against screening many older adults. For doctors, talking to a patient about the idea that they’ve “aged out” of cancer screening can be a challenging conversation.

Now, to better inform these conversations, researchers have studied the perspectives of both clinicians and older adults on how to talk about ending cancer screening in later life. The results of this study appear in The Gerontologist.

In a separate study, other researchers show that primary care doctors and specialists are equally likely to continue to order mammograms in women with less than 10 years’ life expectancy. Results of this study appear in the Journal of General Internal Medicine.

“As we gain more scientific evidence, cancer screening is shifting to be more tailored to an individual, and for the elderly that means don’t screen if the patient really won’t benefit from it,” says Nancy Schoenborn, associate professor of medicine at the Johns Hopkins University School of Medicine and lead author of the two new papers. “These new findings help us learn how we can better support clinicians and improve patient care when it comes to personalizing cancer screening.”

Mammograms, colonoscopies, and prostate cancer screening have been credited with preventing cancer-related deaths by detecting cancers before they are advanced enough to cause severe symptoms. One study published online in February, for instance, concluded that mammograms have prevented up to 600,000 breast cancer deaths since 1990. But the screening methods also come with a cost; the US health care system spends an estimated $7.8 billion on mammograms each year.

Studies have found that cancer screening in adults with limited life expectancy can present unnecessary risks and lead to unnecessary treatments. That’s because the tests may detect slow-growing tumors that aren’t likely to affect an older person’s lifespan.

Talk about risks and benefits

But how should doctors discuss this with patients when they reach the upper boundaries of routine cancer screening?

To better understand this conundrum, Schoenborn and her colleagues interviewed 28 clinicians and 40 older adults, ages 65–92, about their viewpoints on cancer screening discussions. The patients were recruited from four clinical programs associated with Johns Hopkins Bayview Medical Center and were 57.5 percent female, 62.5 percent white, and had a range of educational levels and life expectancies.

Schoenborn’s group reported that both clinicians and patients thought it was important to frame discussions around stopping cancer screening in terms of risks and benefits. While screening can reveal tumors, it can also lead to complications from screening—such as colon perforations during a colonoscopy—and to risks and side effects from follow-up tests and treatment—such as the infection, fatigue, and bleeding associated with chemotherapy. Cancer diagnosis may also lead to diverted attention from other health priorities, increased psychological stress, and a financial burden on patients.

Patients and clinicians also agreed that patients should play an active role in making the decision to stop screening. Clinicians tended to worry that patients might perceive the recommendation to stop screening in a negative light and that it would make patients angry. However, patients mostly responded that if they trusted their clinician, they would not think negatively of them for initiating the conversation.

“I hope that’s reassuring for doctors,” says Schoenborn. “And makes them a little bit more comfortable going into these conversations.”

While clinicians almost unanimously reported that they didn’t bring up life expectancy in the context of stopping cancer screening, older adults were split on the idea—some wanted to hear about life expectancy, others thought it was acceptable not to bring it up, and a third group was actively against it.

“We’d like to continue to look in a larger population at preferred phrases to use in these discussions,” says Schoenborn. “There are still some challenges for clinicians learning how to talk about these things and we want to encourage discussion.”

In an effort to learn more about which physicians might be prescribing later-in-life screening, Schoenborn and her team turned to breast cancer screening and mammography. A common belief was that specialists tend to order more screening mammograms than primary care clinicians. But, in the Journal of General Internal Medicine paper, Schoenborn and her team report that the type of doctor did not make a difference in whether a doctor continued to prescribe mammograms for patients past the life expectancy recommendation. They did find that internal medicine, family medicine, and obstetrics/gynecologic specialists were the most common prescribers of mammograms to patients regardless of life expectancy.

Understanding which doctors are ordering mammograms in women who may not benefit from the screening tests can help researchers determine who to target with education, says Schoenborn.

For their study, Schoenborn and her colleagues used previously published data from the 2011 National Health and Aging Trends Study (NHATS) to identify 2,041 women age 65 and over who had no history of breast cancer to ask how many continued to have mammograms despite having limited life expectancy.

Of the women in the study, 86 percent were white, 7.1 percent black, and 3.9 percent Hispanic. Medicare data linked to NHATS let the researchers identify which patients had a mammogram in the 24 months following the NHATS survey and who had ordered that mammogram—a clinician in family medicine, internal medicine, other primary care, obstetrics and gynecology, or other specialties such as radiology or cardiology. The researchers calculated life expectancy using a previously validated life expectancy prediction model. They grouped patients into those with greater than 10 years’ life expectancy and fewer than 10 years’ life expectancy.

“If we already have a curriculum on communicating with patients about stopping cancer screening, then it’s not that much added cost to disseminate that to specialists as well as primary care providers,” she says.

For the paper in the Journal of General Internal Medicine, coauthors are from Johns Hopkins and RAND Corporation. Support for the work came from the American Cancer Society and the National Institute on Aging.

Other authors of the Gerontologist paper are from Johns Hopkins and the University of California, San Francisco. Supported came from the National Institute on Aging, Atlantic Philanthropies, the National Cancer Institute, the American Geriatrics Society, the Daniel and Jeannette Hendin Schapiro Geriatric Medical Center, the John A. Hartford Foundation, the American Cancer Society, the National Center for Advancing Translational Sciences, the Alliance for Academic Internal Medicine, and the Maryland Cigarette Restitution Fund.

The post When is it time for seniors to forgo cancer screening? appeared first on Futurity. 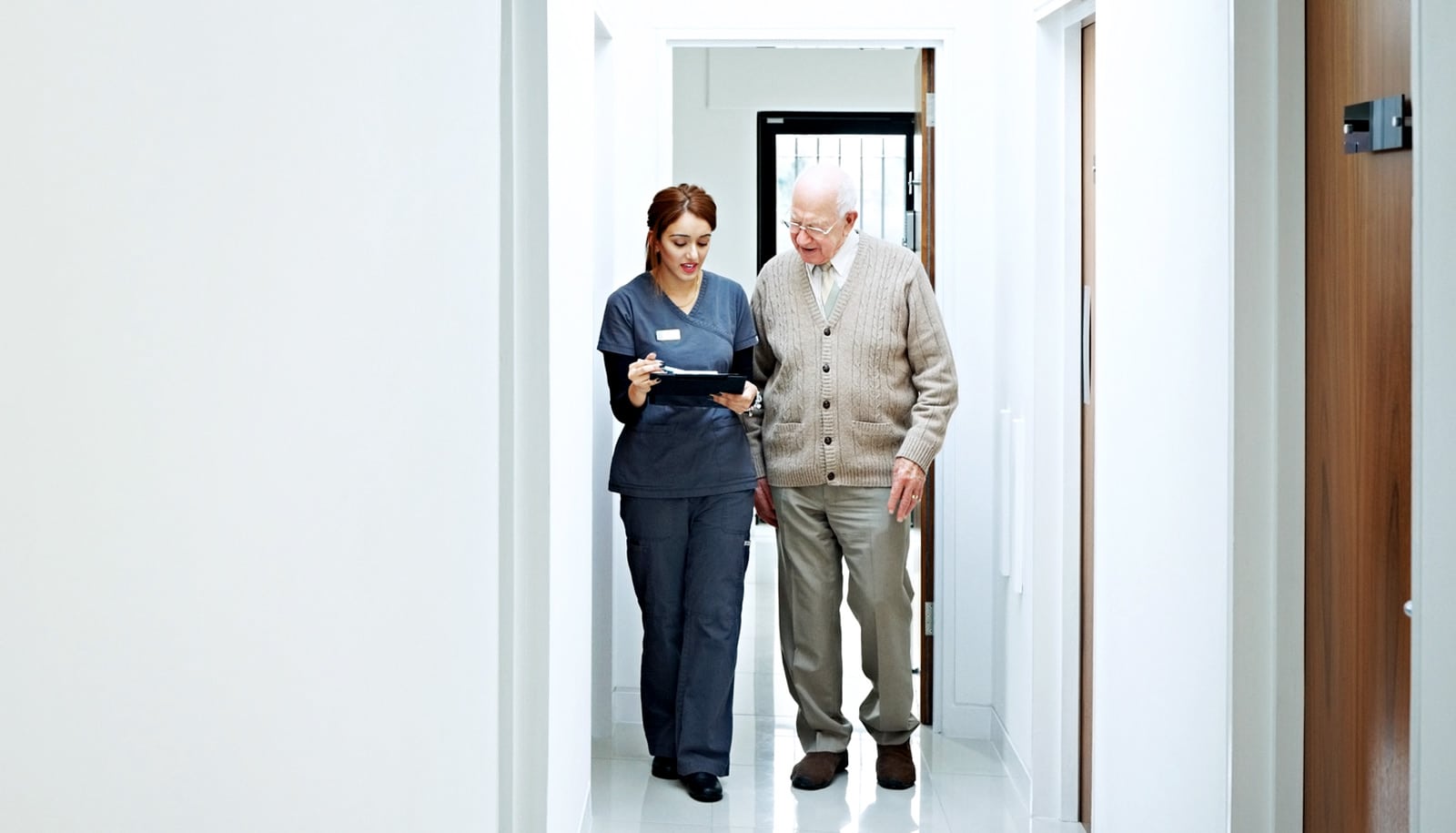 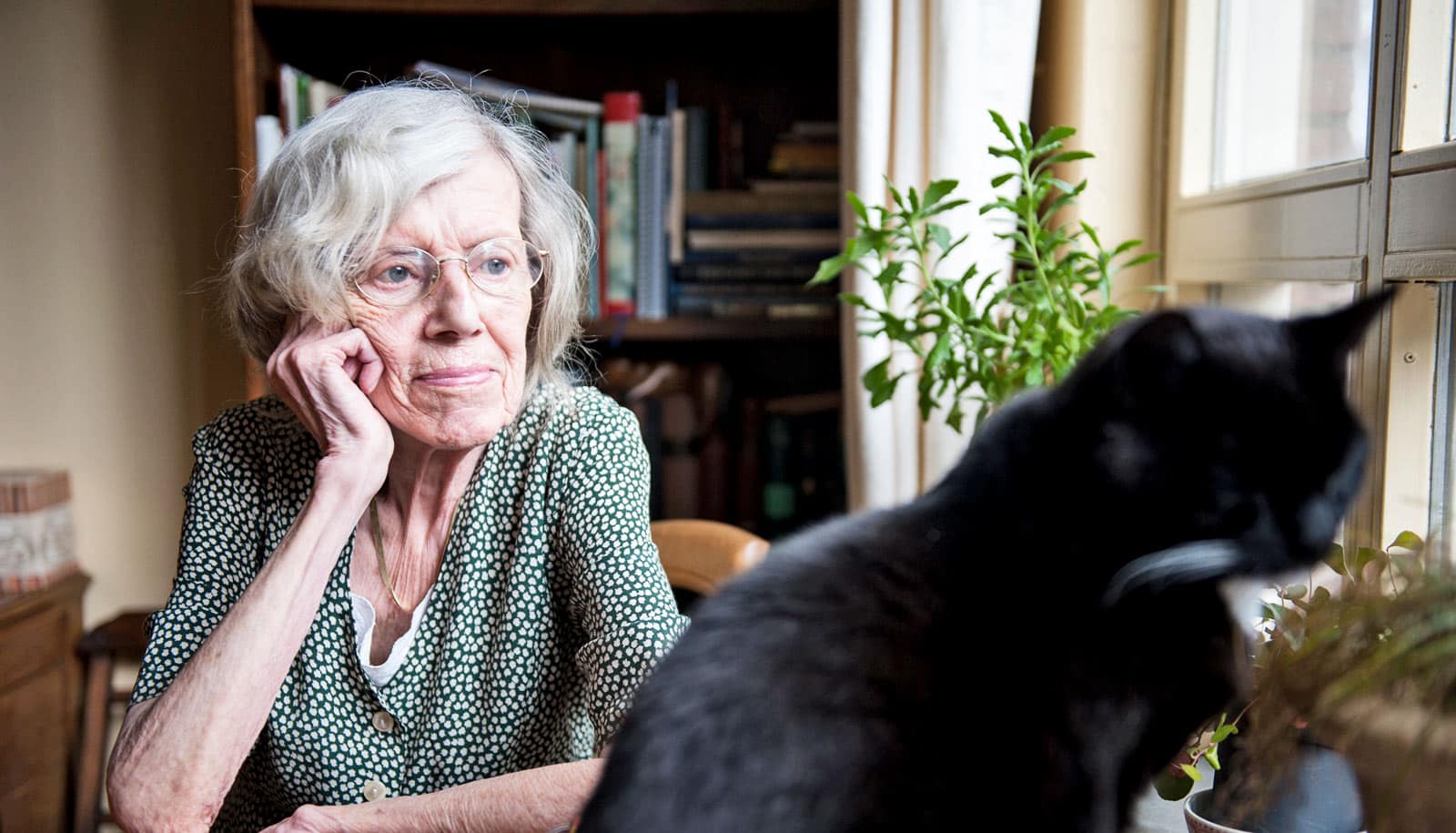