The search for better materials for computers and other electronic devices has focused on a group of materials known as “topological insulators” that have a special property of conducting electricity on the edge of their surfaces like traffic lanes on a highway. This can increase energy efficiency and reduce heat output.

“It’s kind of a hidden topology where people did not know that it can be that way,” says MIT postdoc Su-Yang Xu, a coauthor of the paper published recently in PNAS.

Topology is a mathematical tool that physicists use to study electronic properties by analyzing electrons’ quantum wave functions. The “topological” properties give rise to a high degree of stability in the material and make its electronic structure very robust against minor imperfections in the crystal, such as impurities, or minor distortions of its shape, such as stretching or squeezing.

“Let’s say I have a crystal that has imperfections. Those imperfections, as long as they are not so dramatic, then my electrical property will not change,” Xu explains. “If there is such topology and if the electronic properties are uniquely tied to the topology rather than the shape, then it will be very robust.”

“In this particular compound, unless you somehow apply pressure or something to distort the crystal structure, otherwise this conduction will always be protected,” Xu says.

Since the electrons carrying a certain spin can only move in one direction in these topological materials, they cannot bounce backwards or scatter, which is the behavior that makes silicon- and copper-based electronic devices heat up.

While materials scientists seek to identify materials with fast electrical conduction and low heat output for advanced computers, physicists want to classify the types of topological and other properties that underlie these better-performing materials.

Bismuth also features a topological state along certain edges of the crystal where two vertical and horizontal faces meet, called a “hinge” state. To fully realize the desired topological effects in this material, the hinge state and other surface states must be coupled to another electronic phenomenon known as “band inversion” that the theorists’ calculations show also is present in bismuth. They predict that these topological surface states could be confirmed by using an experimental technique known as photoemission spectroscopy.

If electrons flowing through copper are like a school of fish swimming through a lake in summer, electrons flowing across a topological surface are more like ice skaters crossing the lake’s frozen surface in winter. For bismuth, however, in the hinge state, their motion would be more akin to skating on the corner edge of an ice cube.

These additional topological states might help explain why bismuth lets electrons travel through it much farther than most other materials, and why it conducts electricity efficiently with many fewer electrons than materials such as copper.

“If we really want to make these things useful and significantly improve the performance of our transistors, we need to find good topological materials — good in terms of they are easy to make, they are not toxic, and also they are relatively abundant on earth,” Xu suggests. Bismuth, which is an element that is safe for human consumption in the form of remedies to treat heartburn, for example, meets all these requirements.

“This work is a culmination of a decade and a half’s worth of advancement in our understanding of symmetry-protected topological materials,” says David Hsieh, professor of physics at Caltech, who was not involved in this research.

“I think that these theoretical results are robust, and it is simply a matter of experimentally imaging them using techniques like angle-resolved photoemission spectroscopy, which Professor Gedik is an expert in,” Hsieh adds.

Northeastern University Professor Gregory Fiete notes that “Bismuth-based compounds have long played a starring role in topological materials, though bismuth itself was originally believed to be topologically trivial.”

“Now, this team has discovered that pure bismuth is multiply topological, with a pair of surface Dirac cones untethered to any particular momentum value,” says Fiete, who also was not involved in this research. “The possibility to move the Dirac cones through external parameter control may open the way to applications that exploit this feature."

Caltech's Hsieh notes that the new findings add to the number of ways that topologically protected metallic states can be stabilized in materials. “If bismuth can be turned from semimetal into insulator, then isolation of these surface states in electrical transport can be realized, which may be useful for low-power electronics applications,” Hsieh explains.

This work was partly supported by the Center for Integrated Quantum Materials and the U.S. Department of Energy, Materials Sciences and Engineering division. 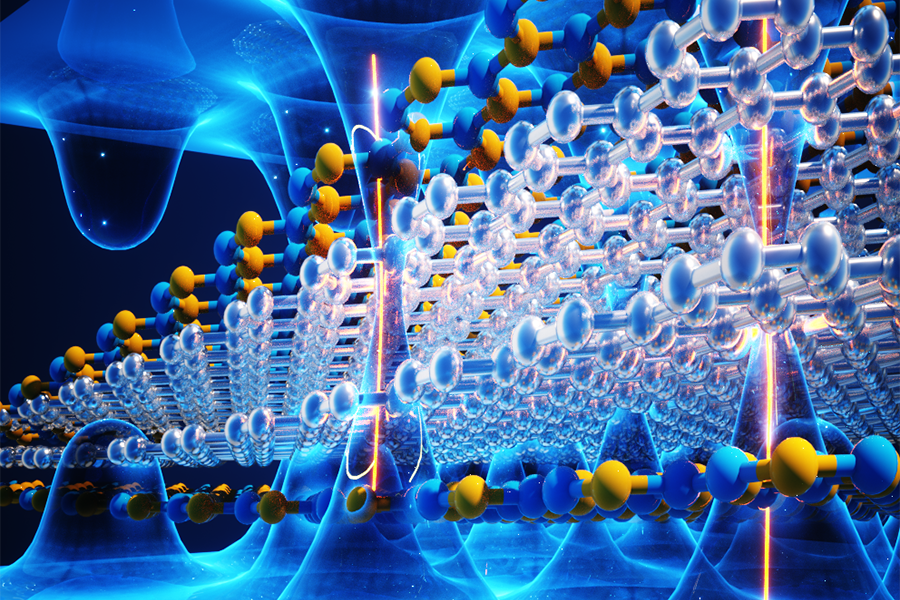