Scientists at the Arnold Arboretum are employing a species of predator moth to fight the invasive swallow-wort vine.

The Greeks knew it takes a thief to catch a thief. Today, taking a page from the ancients, scientists at the Arnold Arboretum of Harvard University are using one foreigner to combat another, but in this case it’s fauna against flora.

The target: swallow-wort, or Vincetoxicum nigrum or V. rossicum, a weed that is no stranger (or friend) to city gardeners or country strollers. Cambridge, in fact, distributes flyers asking residents to yank the seed pods when they see them; in woodsier suburbs, whole trees can be swamped with the climber.

Exuding toxins, smothering neighbors, and chemically tricking monarch butterflies into laying their eggs on leaves that kill the larvae, swallow-wort is a threat to biodiversity, and like the Greeks, it’s on a quest for domination. The foul-smelling, finely-rooted weed resists conventional controls such as pulling, mowing, and herbicides, so this summer, the Arboretum partnered with the University of Rhode Island’s (URI) Biocontrol Laboratory to become a release site for the defoliating moth Hypena opulenta, a species native to Ukraine whose larvae eat swallow-wort leaves. The three-year project will gather data showing whether the moth could serve as an effective biocontrol agent against the rapidly spreading, highly adaptable Vincetoxicum .

The alien invader’s threat to native insect and plant communities is so great that in 2005, URI researchers began investigating biocontrol options to conserve local ecosystems and the animals and insects that rely on them for survival. Biocontrol, when carefully and scientifically vetted, is a safe and effective alternative to pesticides, using living organisms or “natural predators” to reduce pest populations and invasive plants.

Richard Casagrande, the entomology professor emeritus who initiated the URI biocontrol program, said host relationships that developed over millennia mean that many insects rely on specific organisms for their development.

“Biocontrol specialists seek out these host-specific insect parasitoids, often wasps and flies, for controlling insect pests and weeds that are outside of their native range,” he said. “Centuries of experiences have shown these relationships to be stable in the new, introduced environments.”

Hypenaopulenta was shown to be a safe and potentially effective biocontrol agent against swallow-wort by several seasons of field surveys and preliminary testing in Europe, the native habitat or both moth and weed, followed by studies at URI’s Biocontrol Laboratory, a U.S. Department of Agriculture (USDA)-approved quarantine facility.

“A plant like the swallow-wort is introduced into North America, but it doesn’t have a native insect to feed on it, so we have to go back to its place of origin to find, research, and potentially introduce the natural enemy to its host plant, while ensuring safety to the surrounding ecosystem,” said Lisa Tewksbury, a Biocontrol Lab manager who has worked on the project since its inception.

Biocontrol is carefully regulated in the U.S., Tewksbury said. Canada conducted the first North American field releases of Hypena opulentain 2013, but the approval process in the U.S. is more extensive, and it took URI researchers another four years to get USDA approval to release the moth in Massachusetts and Rhode Island in 2017.

“Classical biological control is effective and a safe long-term management plan when the appropriate testing is done,” Tewksbury said. “The research on Hypenahost-range testing in our lab took six years. We saw no larval development to the pupal stage on any of the 80 plant species we tested.”

Casagrande said years or even decades of investigation are required before the USDA is petitioned to approve release of a biological agent. Only if the agency’s Technical Advisory Group for Biological Control Agents of Weeds (TAG), which includes scientists from the U.S., Canada, and Mexico, issues a favorable review does the USDA submit the petition to the U.S. Fish and Wildlife Service and to native tribes, and finally for public review in the Federal Register.

“There is concern about the safety of biocontrol, generally resulting from adverse impacts of accidental introductions,” said Casagrande. “Nobody is more concerned and careful than we are.”

Hypenaopulenta’s release at the Arboretum began at a remote location on Peters Hill. Tewksbury and URI research associate Lexi Johnson deployed a 6-foot-wide, 6-foot-tall mesh enclosure containing 37 adult male and female moths. A week later, they found eggs and newly hatched larvae, along with some leaf damage to the swallow-worts, an encouraging sign the moths were acclimating. Within several days, the number of larvae had increased, defoliating most of the swallow-worts inside the enclosure. Tewksbury and Johnson removed the cage and allowed the moths to fly freely, with the hope they will mate and lay new eggs on surrounding swallow-wort leaves.

“The ideal scenario is that we are able to establish a population of this insect that is able to reproduce and spread into the areas that have swallow-wort,” Tewksbury said. “I don’t expect it to make the swallow-wort population disappear, but we do expect it to get permanently established, hopefully reducing the spread and impact of this pernicious weed.”

Hypena moths at the release site.

URI and Arboretum researchers will regularly monitor the release throughout the project. If this first release proves successful, Tewksbury said the Biocontrol Laboratory hopes to work with other states and agencies for additional releases.

Andrew Gapinski, Arboretum head of horticulture, said this kind of partnership is by far the most effective tool to address the increasing environmental challenges that include novel pest and disease pressures, invasive weeds, and severe drought conditions.

“Supporting and utilizing the latest scientific research — including biological controls — and partnering with outside experts is to the key to ensuring the future health of our plants and larger environment in a changing world,” he said.

This is not the Arboretum’s first use of biological controls to keep its living collections safe and thriving. In 2015, in collaboration with Joseph Elkinton, professor of environmental conservation at the University of Massachusetts, Amherst, it introduced a parasitic fly Cynzenis albicansto help control the burgeoning and destructive winter moth population, which at one point was defoliating large sections of the Arboretum “making it look like winter in May,” Gapinski said.

“Through partnership with Dr. Elkinton, winter moth is now a non-issue for us, and we have eliminated the need for chemical controls to keep the pest in check,” he said. 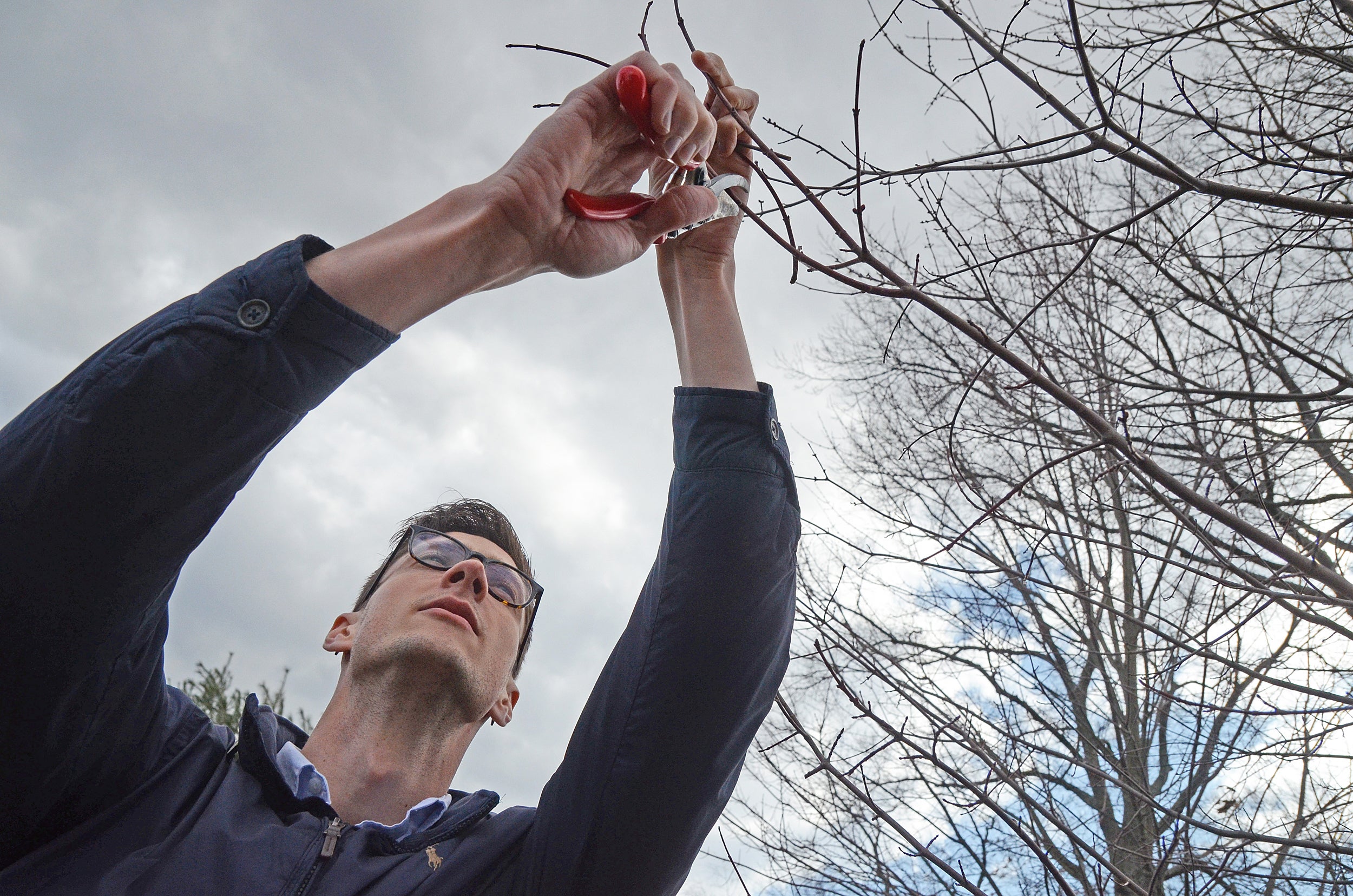