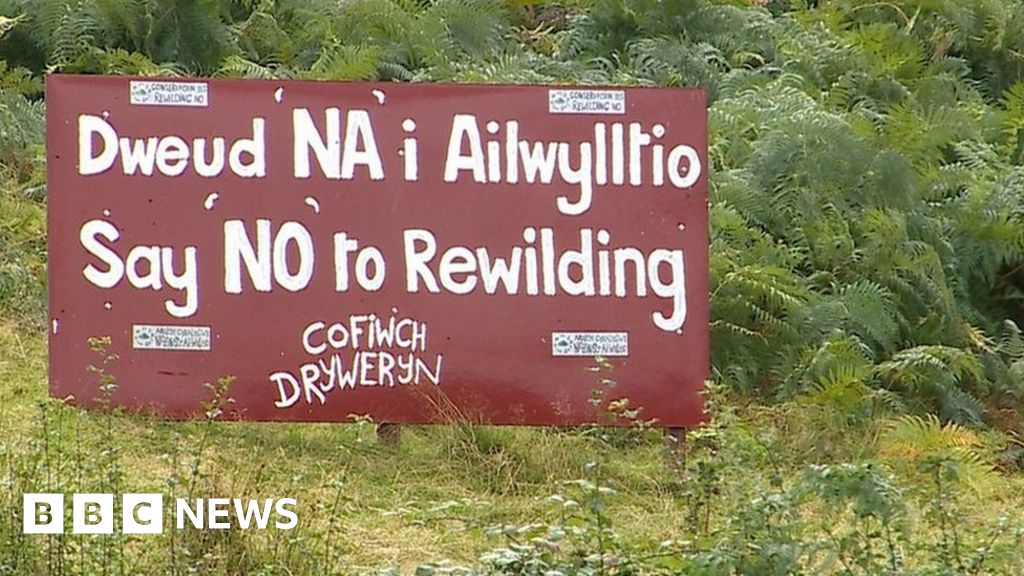 Plans to restore ecosystems in the countryside will support landowners, its director says.

Hostility towards a rewilding scheme is a result of misunderstanding and farmers should not be concerned by it, the project's director says.

Many farmers strongly oppose the plans for "landscape sustainability".

Melanie Newton said rewilding work and farmers could sit "side by side".

"It was never a plan to be a large scale rewilding project, but we really understand why people are concerned about this," she said.

"It really is about supporting landowners and anyone who wants to be a part of the project.

"It's not about rewilding, it's actually about looking at landscape sustainability and how that sits with traditional farming practices and how they can all support each other - they can sit side by side."

Farmers have said they are concerned that some supporters of Rewilding Britain advocate ending grazing, taking down fences and letting the land grow wild, as a method of restoring ecosystems.

The Farmers' Union of Wales (FUW) previously called for the project to be scrapped, saying it would make it impossible for farmers to continue to live in their communities.

Ms Newton said she had taken their worries onboard: "Our process over the next 12 months is going to be engaging directly with landowners, to talk with them about the role that they can play in supporting their landscapes."

At a meeting in Talybont last month, a group of 150 farmers backed a motion to not cooperate with the project while Rewilding Britain was one of the partners.

Aberystwyth farmer Wyn Evans, a member of a group opposing the Rewilding Britain project, claimed it was pushing forward with little local consultation.

"I can't see how we can move forward with working with them," he told Radio Wales Breakfast with Claire Summers on Thursday.

Summit to Sea has received funding of £3.4m over the next five years from the Endangered Landscapes Programme.

Ms Newton added: "We want to support farming as it is - the threat to sheep farming is coming externally.

"From an environmental point of view, the large level stocking of sheep is possibly not the most sustainable way [but] we are advocating that grazing is part of landscape management - different herbivores are really important in terms of how landscapes are managed."

The project will now embark on a 12-month community engagement process.