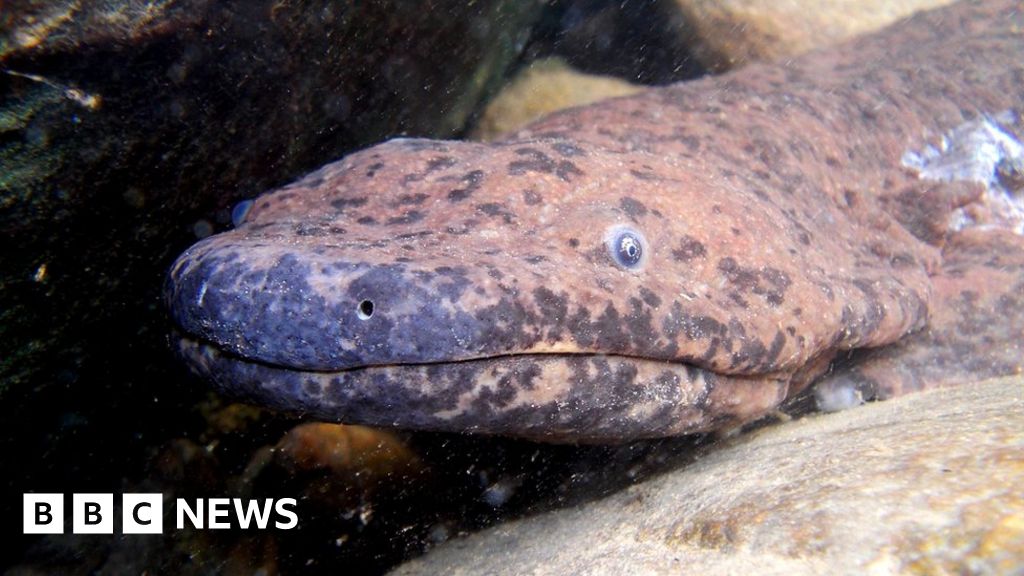 DNA from historical museum specimens may help save the giant salamander from extinction in the wild.

A newly-identified amphibian is possibly the largest on the planet, according to DNA from museum specimens.

Scientists say renewed conservation efforts are needed if the animal is to be saved from extinction.

Harvesting for the luxury food trade has led to a collapse in numbers across China.

Previously considered a single species, analysis of specimens, living and dead, suggests there are in fact three species found in different parts of China.

Prof Samuel Turvey of ZSL (Zoological Society of London) said the decline of numbers in the wild has been "catastrophic".

"We hope that this new understanding of their species diversity has arrived in time to support their successful conservation, but urgent measures are required to protect any viable giant salamander populations that might remain," he said.

Co-researcher, Melissa Marr, of the Natural History Museum London, said measures must be put in place that preserve the genetic integrity of each distinct species.

"These findings come at a time where urgent interventions are required to save Chinese giant salamanders in the wild," she said.

What is the Chinese giant salamander?

Giant salamanders were once found across a large area of central, eastern, and southern China.

Over-exploitation has increased in recent decades, to supply a domestic luxury food market.

A large‐scale farming industry has developed, which may threaten wild populations through poaching and spread of infectious diseases.

What did the research find?

Scientists used museum specimens to look at the genetic history of the Chinese giant salamander, a family tree so ancient that the animal is regarded as a "living fossil".

The idea that the South China giant salamander was a separate species was first proposed in the 1920s, then abandoned, based on an unusual animal that was kept at London Zoo.

The team used the same animal, which is now preserved as a specimen in the Natural History Museum, to define the characteristics of the new species.

The research is published in the journal Ecology and Evolution .