Experts gathered at the Harvard Chan School said despite progress at making college student bodies more diverse, work still needs to be done to make students of all backgrounds feel welcome, a key step in heading off increased rates of mental illness such students experience on campus.

If you don’t belong somewhere, that’s not where you’re going to look for help.

That sums up a key difficulty in addressing mental health issues among minority students on campus, according to experts who gathered at the Harvard T.H. Chan School of Public Health .

While college is a time of transition for all students, the challenge is tougher for students of color, particularly those from low-income families and those who are their families’ first to go to college, panelists said. These students are not only dealing with everyday stresses unfamiliar to more privileged classmates (the poverty, increased violence, and lack of hope that can plague poor neighborhoods), they are, on arrival, surrounded by trappings and traditions foreign to them, those of institutions founded by the nation’s elite, usually wealthy and white, for the education of their children.

Exacerbating a feeling of alienation are incidents of discrimination and racism, large and small, intended or unconscious, on the part of their fellow students and the institutions themselves. Together, these stressors — which occur at a time in life when mental illness is known to develop at a higher rate — create a scenario ripe for the emergence of depression, anxiety disorder, and other mental illnesses at a rate higher than their peers.

“The research is very clear on this point, that stress is a strong contributing factor — it’s a robust predictor — of the onset of these very same illnesses,” said Stephanie Pinder-Amaker , founding director of Harvard-affiliated McLean Hospital ’s College Mental Health Program . “So we want to ask ourselves, relative to race and ethnicity, ‘What is it that students of color might be uniquely experiencing as stressors?’ It is repeated exposure to incidents of racism, discrimination, microaggressions, and questions about belonging on campus.

“And we know … that repeated exposure to these types of experiences is highly correlated to an increase in psychological distress: symptoms of anxiety, depression, hopelessness.”

Pinder-Amaker was among four experts who spoke Wednesday afternoon at The Forum at the Harvard T.H. Chan School of Public Health. The webcast event, “Mental Health and Wellness for Students of Color: Transitioning to College,” was co-sponsored by the HuffPost and The Steve Fund, a nonprofit established in the wake of the 2014 suicide of Steve Rose, a 2006 Harvard College graduate.

Even as students of color are facing the challenge of adapting to an indifferent, if not unwelcoming environment, campus mental health professionals are facing a challenge reaching them. Students of color are less aware of mental health services, less likely to be diagnosed, and less likely to be treated, said John Silvanus Wilson, senior adviser and strategist to Harvard President Larry Bacow . A failure to reach students in distress on college campuses reflects on what the institutions themselves are doing — or not doing — to reach them.

“That really brings into focus the institutional responsibility,” Wilson said. “If I don’t believe you want me here, I’m not inclined to come in and use your services. So trust is how this is going to change.”

Wilson, former president of Morehouse College whose charge as presidential adviser is to bring to life the recommendations of Harvard’s 2018 Presidential Task Force on Inclusion and Belonging , said his own experiences as an African American undergraduate at the historically black Morehouse and, later, as a graduate student at Harvard, illustrates the gulf that to a large part, still exists.

On arrival at Morehouse, Wilson felt welcomed by an institution where he attended classes and ate meals in buildings named for prominent African Americans. While studies show that students of color report stress levels spiking after arriving on campus, he felt his own decrease.

“The place said, repeatedly, this place is for you,” Wilson said. “They [Morehouse] held a crown over my head and asked if I could grow tall enough to wear it. Here, they held a question mark over my head.”

Part of the problem is that colleges reflect the broader society in which they’re nested, according to David Williams , chair of the Harvard Chan School’s Department of Social and Behavioral Sciences.

Stephanie Pinder-Amaker, founding director of Harvard-affiliated McLean Hospital’s College Mental Health Program, asks, "What is it that students of color might be uniquely experiencing as stressors?"

Williams cited one study that showed that a police killing of a black person lowers the mental health status of that state’s black community for three months. Another, a national study of suicide among elementary school children, showed rates holding steady overall, but declining among whites while doubling among African Americans.

“What does it mean to be African American in this society that we have seen a doubling of the suicide rate among children age 5 to 12?” Williams said.

A recent study of students of color on college campuses, meanwhile, showed that their biggest concerns were aggressive policing, high levels of community violence, financial stress, and instability at home.

“The study revealed high levels of fear, high levels of threat, high levels of hopelessness, low perceived economic opportunity for them and uncertainty about the future,” Williams said. “That’s a recipe for mental health challenges, for being overwhelmed by stress. … It’s not just the students, but the entire society.”

Pinder-Amaker said one way to help college students is not to wait until they’re college students. Programs that familiarize high schoolers with college can reduce the feeling of not belonging on campus. Similarly, mental health awareness programs can dispel stigma and help students better understand what’s going on with themselves, help them recognize symptoms should they later occur, and make them more likely to seek help when it’s needed.

Other ways to help include creating campus safe spaces for students to meet and talk about their struggles, positioning resources where students feel comfortable accessing them, and connecting better with families and friends to whom students might initially turn when they’re having trouble. Having a diverse faculty — 70 percent of U.S. faculty members are white — is also important because professors don’t just teach, they model success for their students.

“What [message] does that send to a student, let’s say studying accounting, [if] they never see a professor that looks like them? … Is it a message that they belong in that profession, that they’re welcomed?” said David Rivera , associate professor of counselor education at Queens College-City University of New York and national adviser to The Steve Fund.

Several panelists said that a key step in transforming campuses is engaging the support of campus leadership, something Wilson said is occurring at Harvard, both through former President Drew Faust, under whose tenure the Presidential Task Force for Inclusion and Belonging did its work, and under current President Larry Bacow, for whom Wilson is adviser and strategist.

“Institutions are like individuals: Who we were is still part of who we are,” Wilson said. “This has to be an institutional priority… We’ve had diversity in American higher ed. for the last 50 years, and nobody has gotten this right yet.” 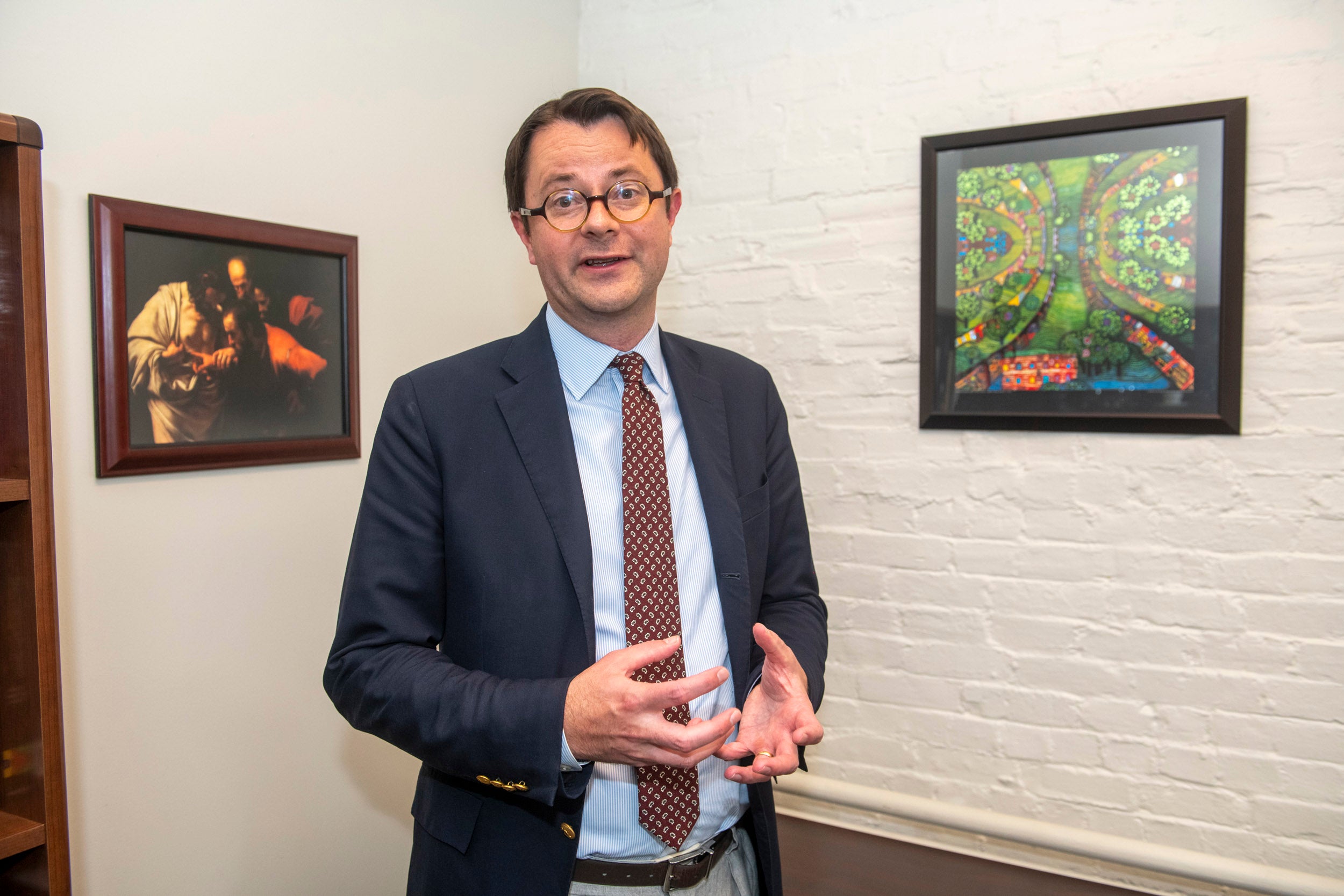 Why are young people so miserable? 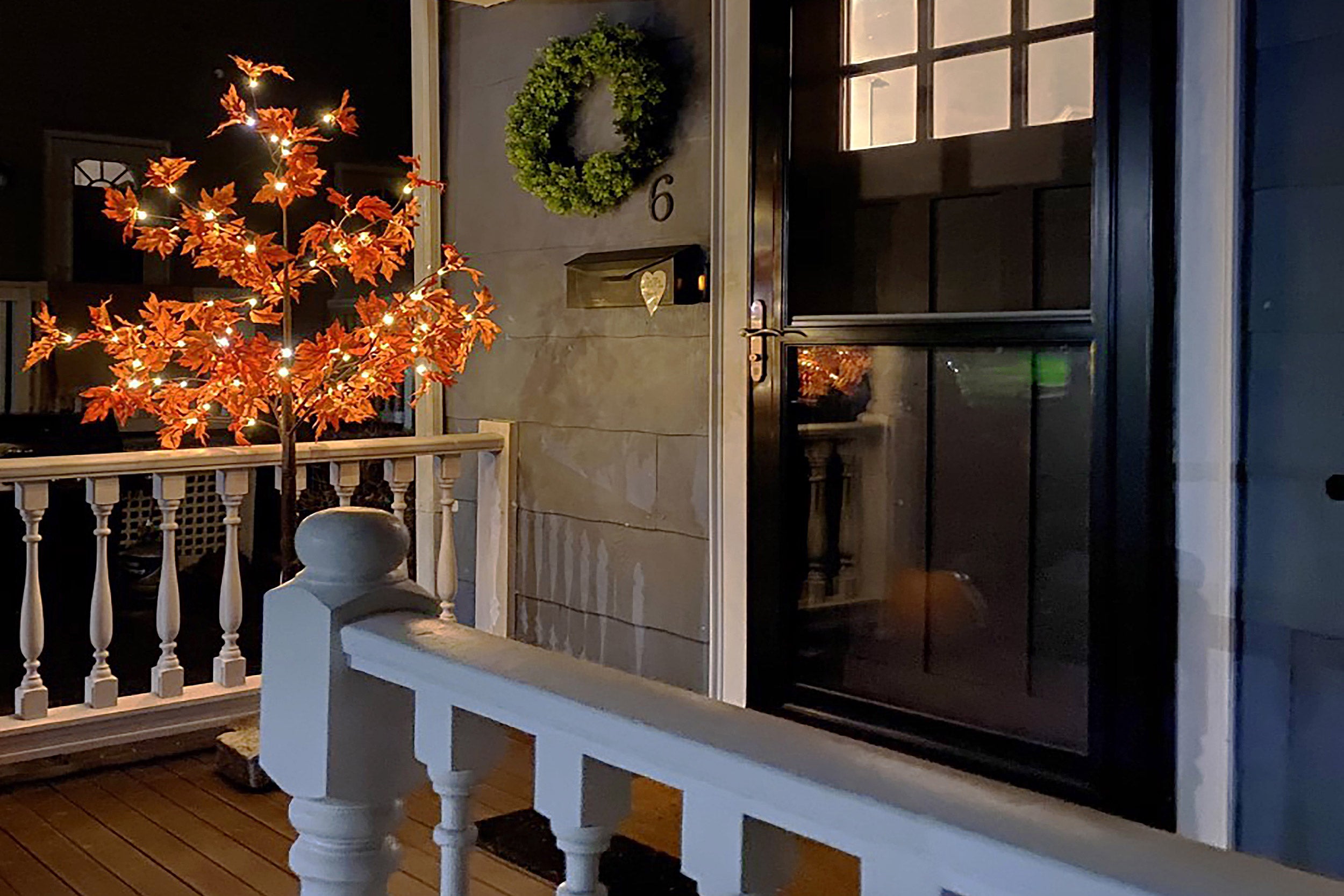 Will there be a post-Thanksgiving coronavirus surge?