Using solar power technology solves a lot of the problems with the fluorescent dyes used to detect and attack cancer cells. 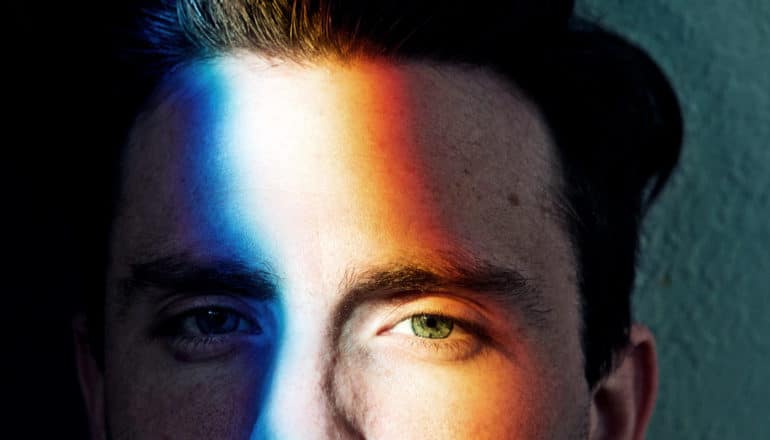 While the cancer applications hold the most possibility, their findings have potential beyond the field of oncology, says Richard Lunt, professor of chemical engineering and materials science.

“This work has the potential to transform fluorescent probes for broad societal impact through applications ranging from biomedicine to photocatalysis—the acceleration of chemical reactions with light,” he says. “Our solar research inspired this cancer project, and in turn, focusing on cancer cells has advanced our solar cell research; it’s been an amazing feedback loop.”

Before the husband and wife team combined efforts, fluorescent dyes used for therapeutics and diagnostics, aka “theranostics,” had shortcomings, such as low brightness, high toxicity to cells, poor tissue penetration, and unwanted side effects.

By optoelectronically tuning organic salt nanoparticles used as theranostics, the researchers were able to control them in a range of cancer studies. Coaxing the nanoparticles into the nontoxic zone resulted in enhanced imaging, while pushing them into the phototoxic—or light-activated—range produced effective on-site tumor treatment.

The key was learning to control the electronics of their photoactive molecules independently from their optical properties and then making the leap to apply this understanding in a new way to a seemingly unrelated field.

Richard Lunt had recently discovered the ability to electronically tune these salts from his work in converting photovoltaics into solar glass.

Sophia Lunt had long studied metabolic pathways unique to cancer cells. It was when they were discussing solar glass during a walk that they made the connection: Molecules active in the solar cells might also be used to more effectively target and kill cancer cells.

“Our first experiments did not turn out as expected; I’m surprised that we didn’t give up given how crazy the idea seemed at first,” Richard Lunt says.

Today, he designs the molecules; Babak Borhan, a chemist, synthesizes and improves them; and Sophia Lunt tests their photoactive inventions in cancer cell lines and mouse models.

Future research will work to improve the theranostics’ effectiveness, decrease toxicity, and reduce side effects. The Lunts have applied for a patent for their work, and say they’re looking forward to eventually pushing their photoactive molecule findings through clinical trials.

The research appears in the current issue of Scientific Reports.

Funding for this research came, in part, from the National Science Foundation and an MSU Strategic Partnership Grant.