Carbon capture might not be such a great idea

Carbon capture technologies could actually produce more carbon dioxide than they suck up. Focusing on renewables is a better solution, researchers say. 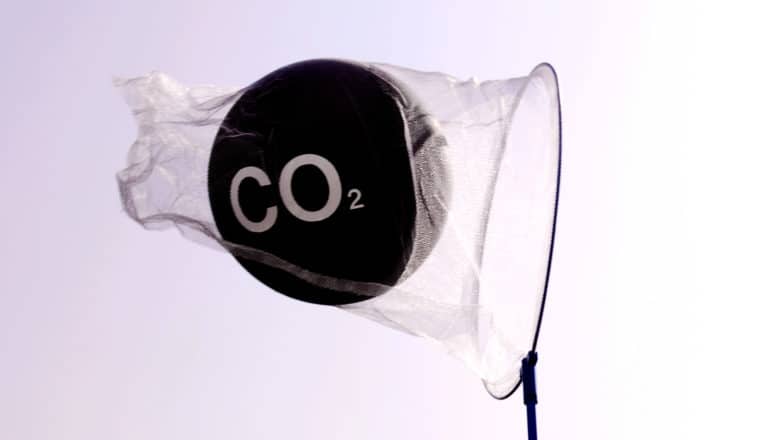 Carbon capture technologies can cause more harm than good, according to new research.

Capturing carbon from the air is one proposed method for reducing carbon dioxide (CO2) levels in the atmosphere—and reducing the risk of climate change.

“All sorts of scenarios have been developed under the assumption that carbon capture actually reduces substantial amounts of carbon. However, this research finds that it reduces only a small fraction of carbon emissions, and it usually increases air pollution,” says Mark Z. Jacobson, a professor of civil and environmental engineering and a senior fellow at Stanford University’s Woods Institute for the Environment

Common estimates of carbon capture technologies—which only look at the carbon captured from energy production at a fossil fuel plant itself and not upstream emissions—say they can remediate 85-90% of carbon emissions.

Once Jacobson calculated all the emissions associated with these plants that could contribute to global warming, he converted them to the equivalent amount of carbon dioxide in order to compare his data with the standard estimate. He found that in both cases the equipment captured the equivalent of only 10-11% of the emissions they produced, averaged over 20 years.

The researchers also looked at the social cost of carbon capture—including air pollution, potential health problems, economic costs, and overall contributions to climate change—and concluded that those are always similar to or higher than operating a fossil fuel plant without carbon capture and higher than not capturing carbon from the air at all.

Given this analysis, Jacobson argues that the best solution is to instead focus on renewable options, such as wind or solar, replacing fossil fuels.

This research is based on data from two real carbon capture plants, which both run on natural gas. The first is a coal plant with carbon capture equipment. The second plant is not attached to any energy-producing counterpart. Instead, it pulls existing carbon dioxide from the air using a chemical process.

Jacobson examined several scenarios to determine the actual and possible efficiencies of these two kinds of plants, including what would happen if the carbon capture technologies ran with renewable electricity rather than natural gas, and if the same amount of renewable electricity required to run the equipment were instead used to replace coal plant electricity.

While the standard estimate for the efficiency of carbon capture technologies is 85-90%, neither of these plants met that expectation. Even without accounting for upstream emissions, the equipment associated with the coal plant was only 55.4% efficient over 6 months, on average.

Renewables will ‘always be better’

For both types of plants this suggests that, even if carbon capture equipment is able to capture 100% of the carbon it is designed to offset, the cost of manufacturing and running the equipment plus the cost of the air pollution it continues to allow or increases makes it less efficient than using those same resources to create renewable energy plants replacing coal or gas directly.

“Not only does carbon capture hardly work at existing plants, but there’s no way it can actually improve to be better than replacing coal or gas with wind or solar directly,” says Jacobson. “The latter will always be better, no matter what, in terms of the social cost. You can’t just ignore health costs or climate costs.”

This study did not consider what happens to carbon dioxide after capture but Jacobson suggests that most applications today, which are for industrial use, result in additional leakage of carbon dioxide back into the air.

People propose that carbon capture could be useful in the future, even after we have stopped burning fossil fuels, to lower atmospheric carbon levels. Even assuming these technologies run on renewables, Jacobson maintains that the smarter investment is in options that are currently disconnected from the fossil fuel industry, such as reforestation—a natural version of air capture—and other forms of climate change solutions focused on eliminating other sources of emissions and pollution. These include reducing biomass burning, and reducing halogen, nitrous oxide, and methane emissions.

“There is a lot of reliance on carbon capture in theoretical modeling, and by focusing on that as even a possibility, that diverts resources away from real solutions,” says Jacobson. “It gives people hope that you can keep fossil fuel power plants alive. It delays action. In fact, carbon capture and direct air capture are always opportunity costs.”

The study appears in Energy and Environmental Science.