A drop of fossilized amber from a mine in northern Myanmar contains not just a beetle but also 62 grains of pollen still clinging to its legs. 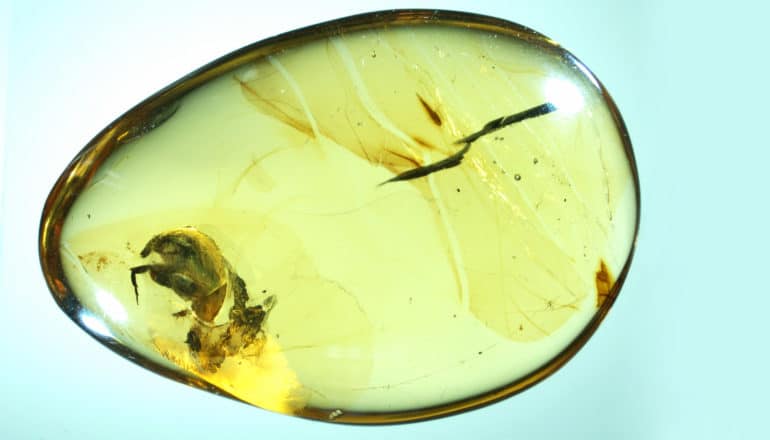 A tumbling flower beetle with pollen on its legs, trapped in amber, pushes the first known physical evidence of insect flower pollination to 99 million years ago.

The fossil comes from deep inside a mine in northern Myanmar and from the same amber deposit as the first ammonite discovered in amber, which the same research group reported earlier this year.

The newly reported fossil appears in the Proceedings of the National Academy of Sciences. The fossil, which contains both the beetle and pollen grains, pushes back the earliest documented instance of insect pollination to the mid-Cretaceous. That’s when pterodactyls still roamed the skies—or about 50 million years earlier than previously thought.

Study coauthor David Dilcher, emeritus professor at Indiana University Bloomington, provided a morphological review of the 62 grains of pollen in the amber. He says that the shape and structure of the pollen shows it evolved to spread through contact with insects. These features include the pollen’s size, “ornamentation,” and clumping ability.

The grains also likely originated from a flower species in the group eudicots, one of the most common types of flowering plant species, says Dilcher, a paleobotanist in the department of earth and atmospheric science.

The pollen was not easy to find. The powdery substance was revealed hidden in the insect’s body hairs under a confocal laser microscopy. The analysis took advantage of the fact that pollen grains glow under fluorescent light, contrasting strongly with the darkness of the insect’s shell.

The insect in the amber is a newly discovered species of beetle, which the study’s authors named Angimordella burmitina. They determined its role as a pollinator based upon several specialized physical structures, including body shape and pollen-feeding mouthparts. An imaging method called X-ray microcomputed tomography, or micro-CT, made those structures clear.

“It’s exceedingly rare to find a specimen where both the insect and the pollen are preserved in a single fossil,” Dilcher says. “Aside from the significance as earliest known direct evidence of insect pollination of flowering plants, this specimen perfectly illustrates the cooperative evolution of plants and animals during this time period, during which a true exposition of flowering plants occurred.”

Prior to this study, the earliest physical evidence of insect pollination of flowering plants came from Middle Eocene. Researchers determined the age of the new fossil based upon the age of other known fossils in the same location as the fossilized beetle’s discovery.

Support for the work came from the Chinese Academy of Sciences and the National Natural Science Foundation of China. 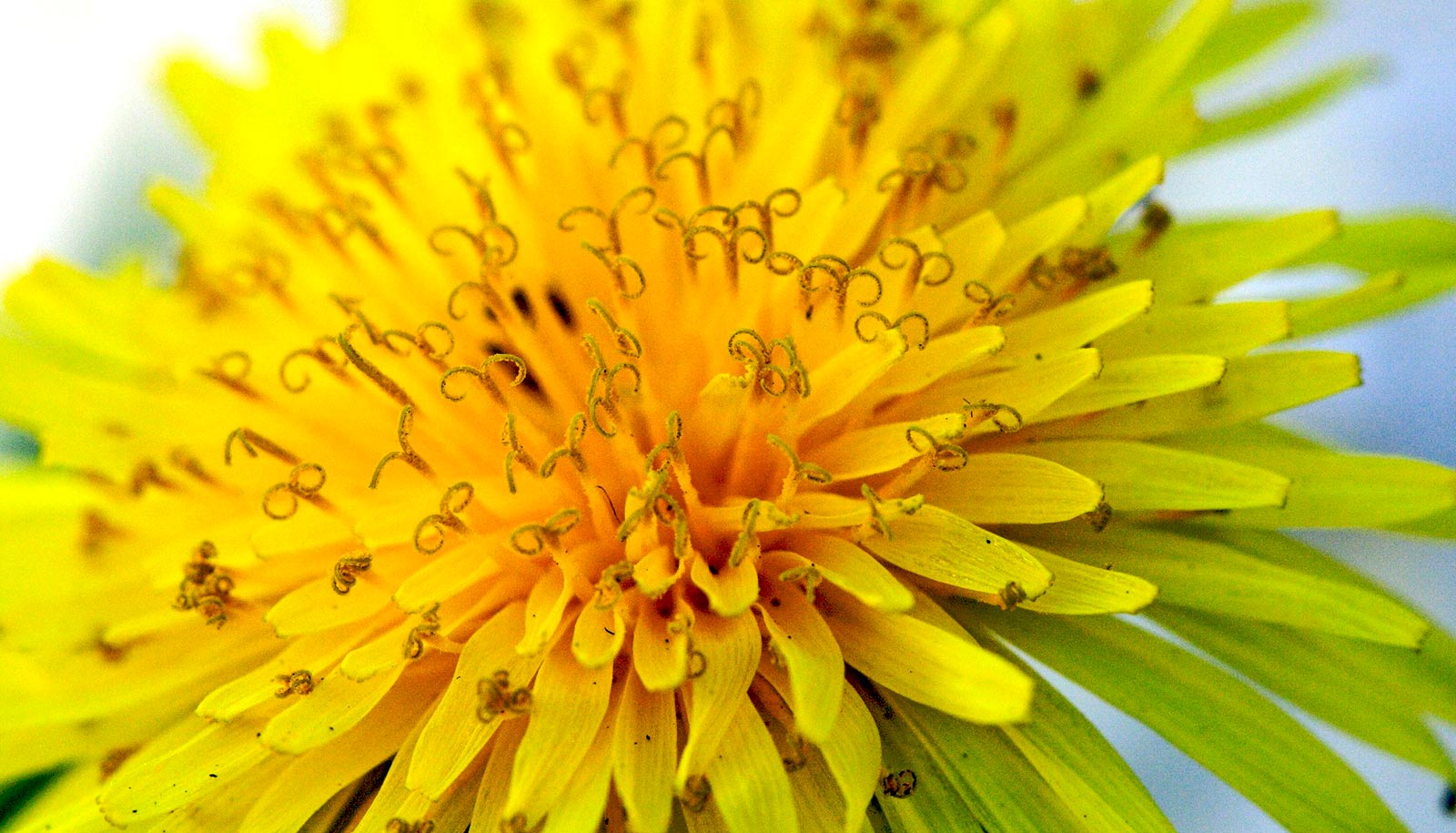 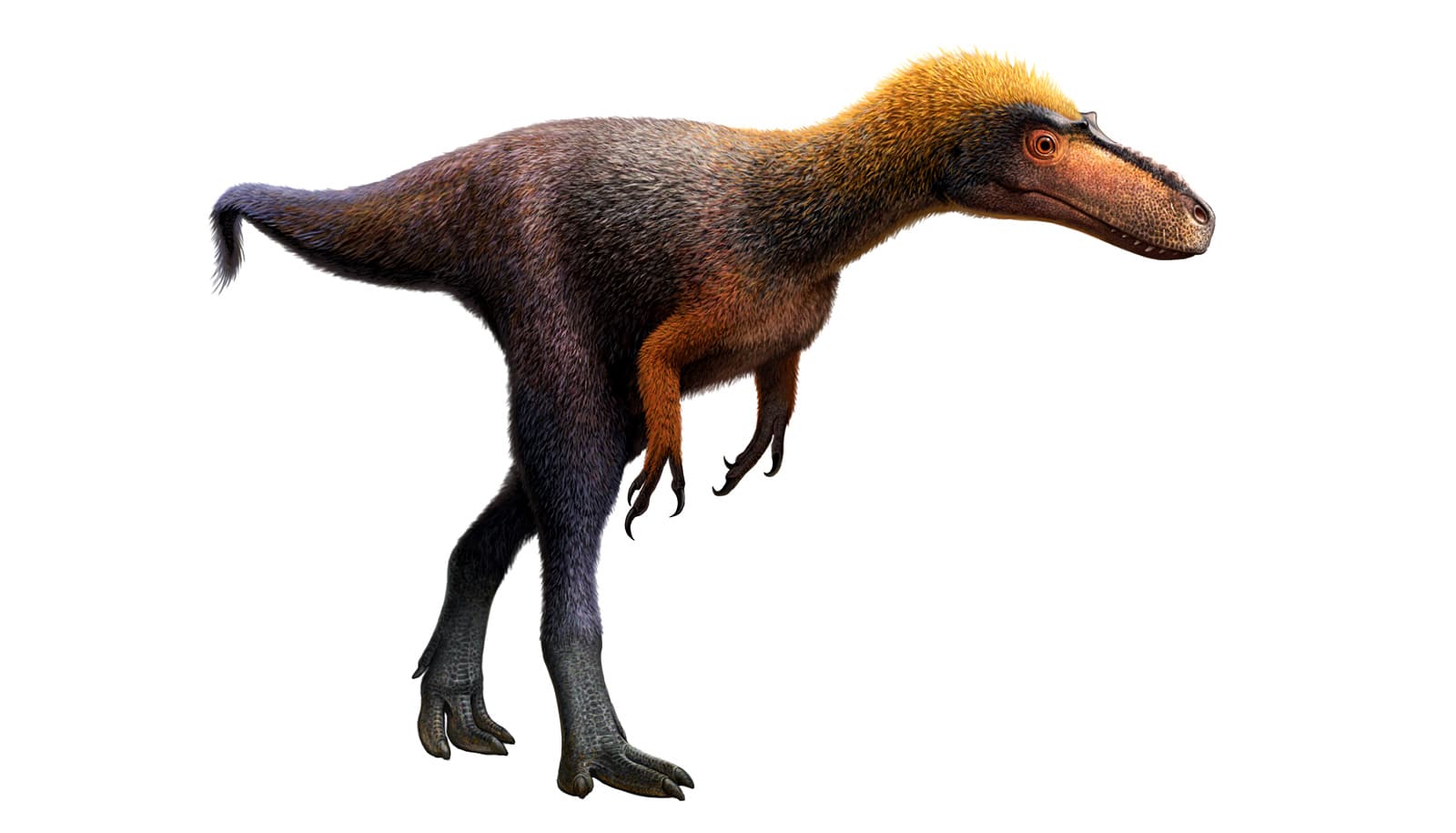