New hope for one of world's most endangered reptiles

The discovery of baby crocodiles in a river in Nepal is raising hopes for the future of the gharial.

Baby crocodiles found living in a remote region of Nepal give hope for the future of one of the rarest and strangest reptiles on earth.

With its distinctive long thin snout, the gharial is unique but critically endangered, with fewer than a thousand adults remaining in the wild.

The discovery of 100 hatchlings is a boost for the potential recovery of the species, according to scientists.

The crocodile is clinging to survival in India, Nepal and Bangladesh.

Revealing details of the find, researcher Rikki Gumbs of ZSL (Zoological Society of London) said it was amazing to find the baby crocodiles basking on a sand bank in Bardia National Park.

"Given the species is limited to around five populations across its entire range, this is such a positive discovery, and a critical step for the long-term recovery of the species in Nepal," he said.

"After trekking through the jungle for hours to sit on a ridge and finally catch a glimpse of the hatchlings below us - it was an incredible moment to capture," said Ashish Bashyal, who leads the conservation project in Nepal.

"At around 30cm in size, they look exactly like miniature versions of adult gharials - so incredibly cute," he said.

The 100 baby crocs, together with three adult females and one adult male, were discovered in June, but details are only now being revealed to aid conservation efforts.

The crocodile has not been sighted in the area in 30 years and there is encouraging news in that the hatchlings have recently been spotted again after the monsoon rain.

"They've made it through the first big hurdle," Rikki Gumbs told BBC News. "Especially with the threats that are impacting the species, it's very important that these hatchlings can make it to adulthood."

Once present across much of the Indian subcontinent, the gharial ( Gavialis gangeticus ) is virtually extinct across much of its former range, with fewer than 100 adult crocodiles remaining in Nepal and several fragmented populations in India. Only one other breeding population is known in Nepal, at Chitwan National Park.

The crocodile poses little danger to humans. Hunting and egg collection are now prohibited, but severe pressures remain, including loss of habitat due to the construction of dams, as well as pollution, fishing, agriculture and predation from another species of crocodile found in Nepal.

The gharial is ranked at number 17 on ZSL's EDGE (Evolutionary Distinct and Globally Endangered) of Existence programme Reptiles list. 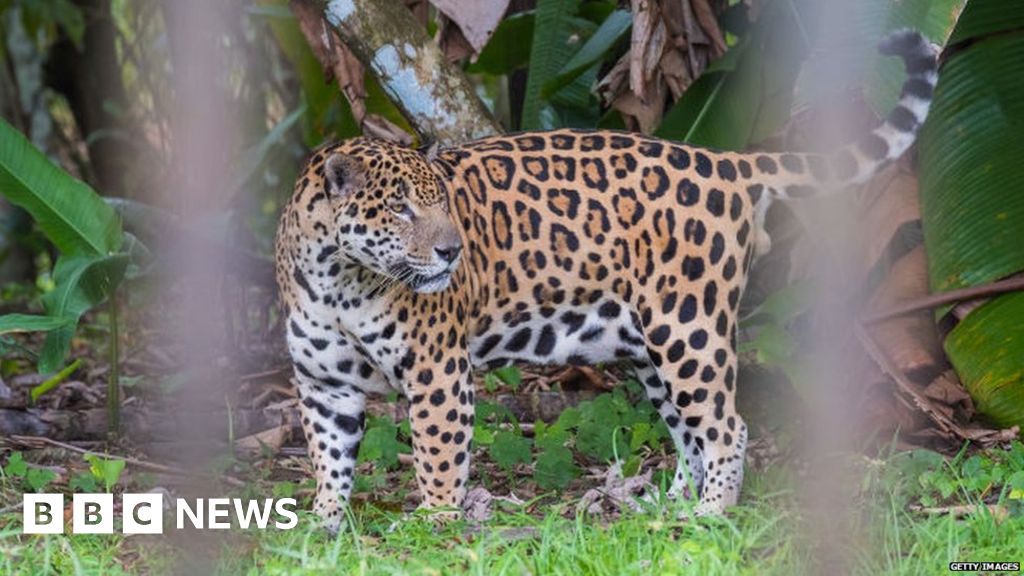