Best defense against MRSA at home: Wash your hands

Drug-resistant MRSA easily spreads at home but the best protection is pretty simple: Wash your hands. 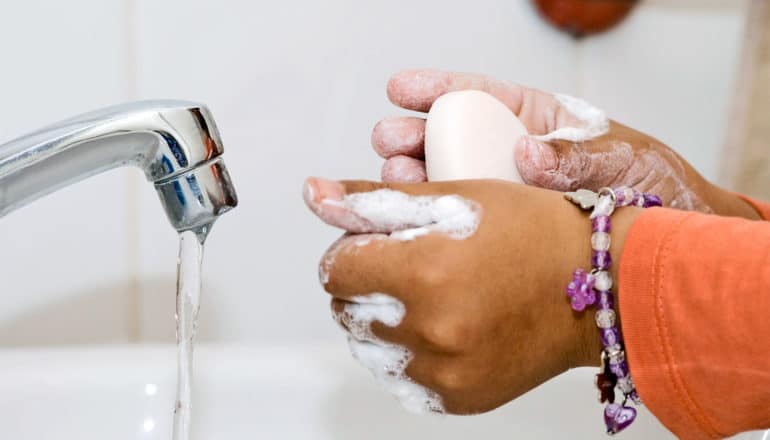 A new study shows how the superbug methicillin-resistant Staphylococcus aureus  gets into our homes—and once there, spreads among family members, even furry ones.

Once rare, methicillin-resistant Staphylococcus aureus (MRSA) infects hundreds of thousands of people in the US each year and kills about 20,000. Antibiotic overuse has made MRSA more common and difficult to treat because of the bacteria’s contagiousness coupled with its resistance to standard infection-fighting drugs. Infected people also face a high risk of recurrence.

“The household environment plays a key role in the transmission of MRSA in the community setting,” says Stephanie A. Fritz, an associate professor of pediatrics in the pediatric infectious diseases division at Washington University in St. Louis and senior author of the paper, published in The Lancet Infectious Diseases.

“This suggests that aggressive attempts to rid MRSA from household surfaces may significantly lower the number of MRSA infections we’re seeing now.

“It wasn’t just one patient who would get a staph infection but multiple members of a family,” says Fritz, who treats patients at St. Louis Children’s Hospital. “Within a year, we’d see many patients return with recurring infections. We felt it was necessary to focus on the specific role that household environments play in MRSA acquisition and transmission.”

Staphylococcus aureus, often referred to as staph, generally live harmlessly on the skin in about one-third of the human population. The bacteria can spread through skin-to-skin contact or by touching contaminated surfaces. The infection itself resembles a pus-filled bug bite. However, staph may cause pneumonia, severe organ damage, and death when it enters the bloodstream, bones, or organs.

The study focused on the households of 150 otherwise healthy children with a median age of 3 years old. The children had been treated for staph infections at hospitals and pediatric practices from 2012 through 2015. The study also enrolled nearly all of the kids’ family members, which totaled 692 people and 154 cats and dogs.

“Cats and dogs were more likely to get staph from humans than the other way around.”

Researchers visited each home five times during a one-year period to obtain swab samples from people’s nostrils, armpits, and groins. The researchers collected samples from inside the nose and along the backs of cats and dogs, the main petting zone. They found MRSA on nearly half of the people and on one-third of the pets at least once over the year.

Pets offered one of the study’s most interesting findings. “It’s sometimes thought that cats and dogs spread harmful germs,” Fritz says. “We thought they might be a reservoir for the staph germ and play a role in its spread. But our study showed that cats and dogs were more likely to get staph from humans than the other way around.”

A molecular analysis of each staph sample—3,819 in all—served as a bacterial fingerprint, allowing the researchers to pinpoint exact transmission dynamics of specific strains.

“Previous studies have not distinguished between staph strains,” Fritz says. “By parsing it out, we were able to determine different risk factors for how the staph germ gets into the house and then, once there, how it is spread. The prevailing wisdom is that staph is transmitted from person to person, and that is often true.

“But our study shows that the household environment also serves as a key reservoir for ongoing staph transmission. In fact, there were a number of instances in which the environment was the only potential source for transmission.

“Household acquisition of MRSA is driven equally by the introduction of new staph strains into a home and transmission of established strains among family members within a household,” Fritz adds.

The study’s participants also answered more than 100 questions about hygiene and other personal habits.

“Using genetic and epidemiological data can help us find treatment plans and preventive measures,” says coauthor Patrick Hogan, a clinical research specialist responsible for analyzing much of the data. “For example, we can tell people what they should stop or start doing to reduce the risk of staph infections.”

Among the study’s findings on the top factors associated with staph getting into the household:

The top factors associated with staph spreading from one person to another:

Hygiene habits that reduce the risk of picking up the staph germ in the household include showering instead of taking a bath, brushing teeth at least twice a day, and using an antibacterial liquid hand soap.

“It’s not a good idea to share personal hygiene items,” Hogan says. “However, the biggest take home, as cliché as it may sound, is to wash your hands frequently. It offers the best protection from acquiring MRSA.”

Additional coauthors are from the University of Chicago. The Children’s Discovery Institute of Washington University and St. Louis Children’s Hospital, the National Institutes of Health, the Agency for Healthcare Research and Quality, and the Burroughs Wellcome Foundation Investigators in the Pathogenesis of Infectious Disease Award funded the work.

The post Best defense against MRSA at home: Wash your hands appeared first on Futurity. 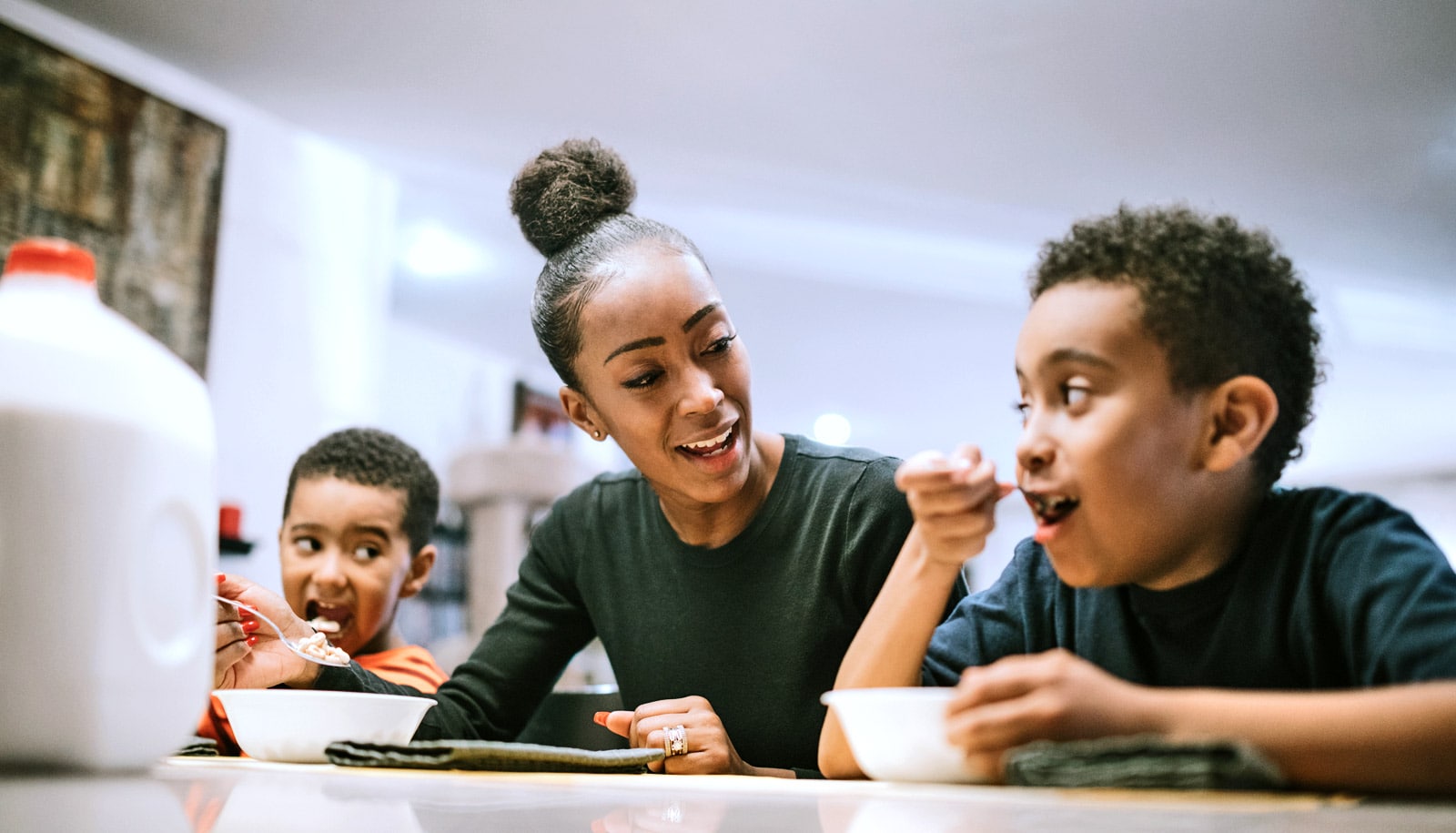 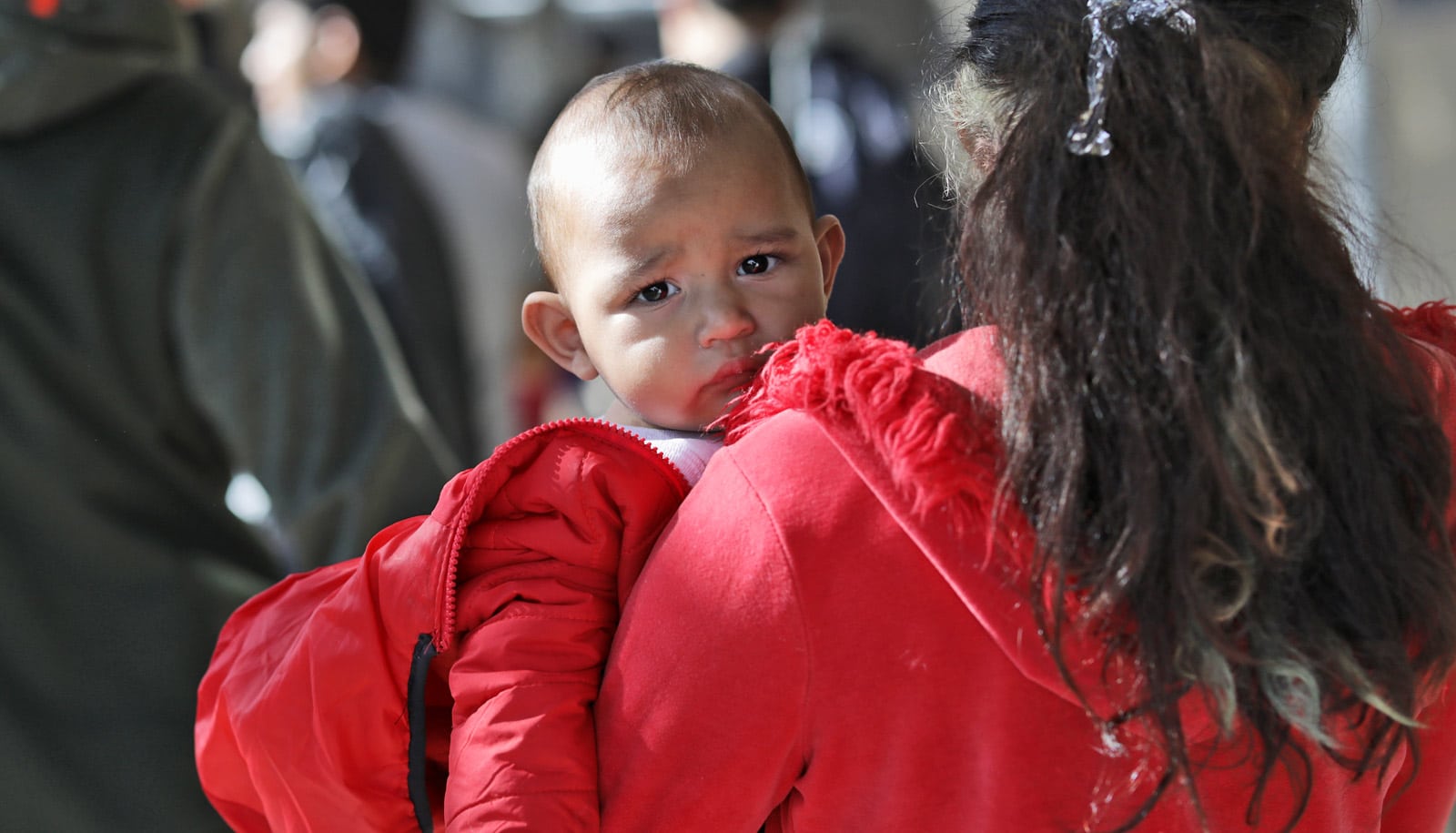