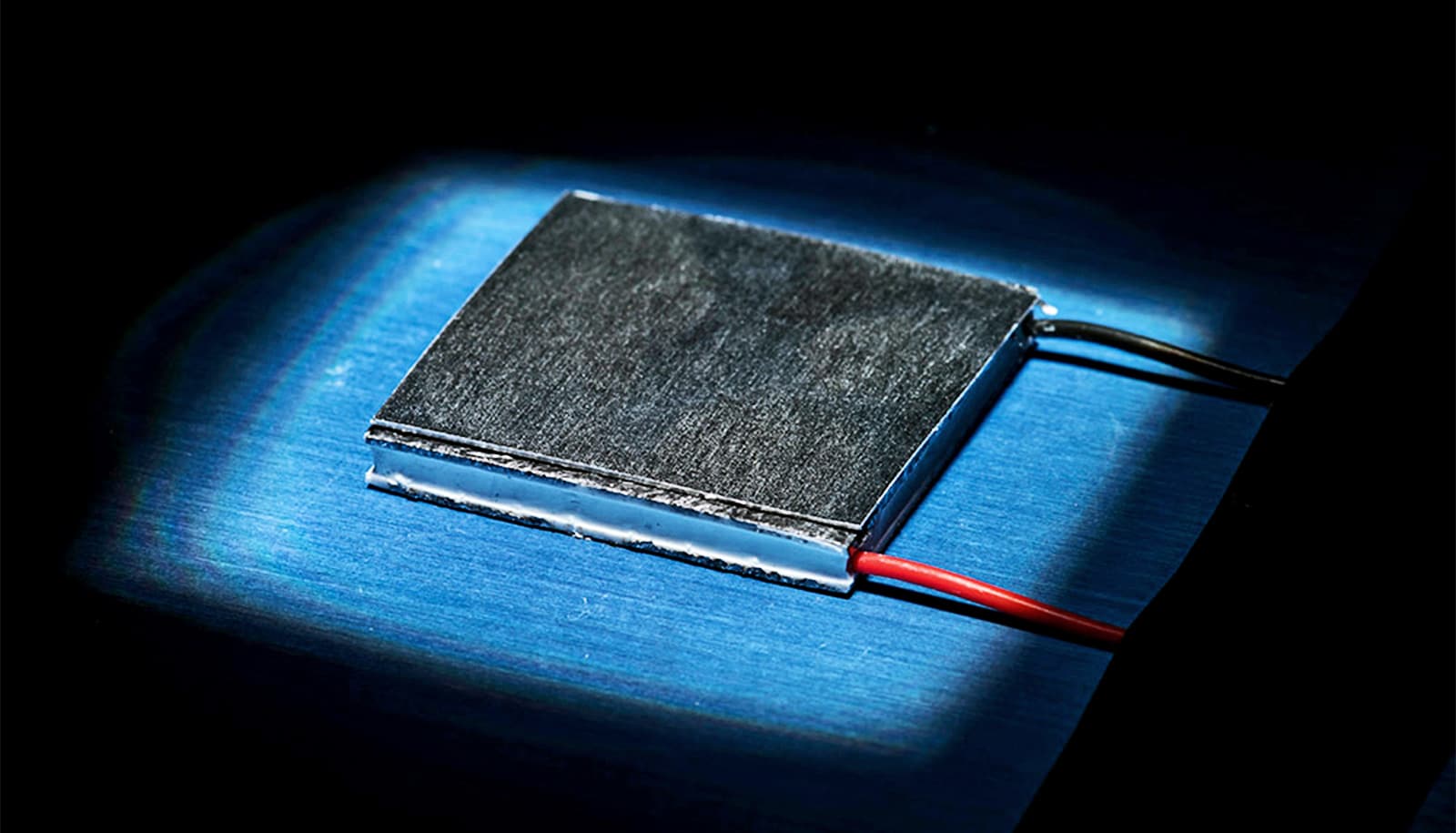 Researchers have used femto-second laser pulses to etch nano-sized designs onto black metal, turning it into a solar energy absorber. 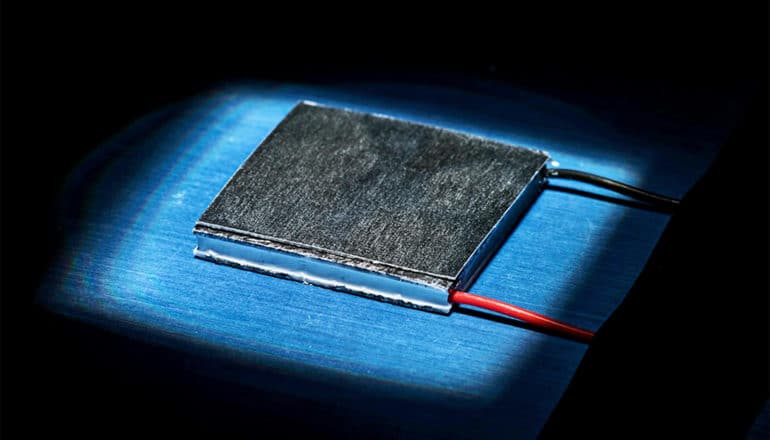 Researchers have used powerful femto-second laser pulses to etch metal surfaces with nanoscale structures that selectively absorb light only at the solar wavelengths, but not elsewhere.

“But to make a perfect solar absorber,” says Guo, a professor of optics also affiliated with the physics and astronomy department and the material sciences program at the University of Rochester, “we need more than a black metal and the result is this selective absorber.”

This surface not only enhances the energy absorption from sunlight, but also reduces heat dissipation at other wavelengths, in effect, “making a perfect metallic solar absorber for the first time,” Guo says. “We also demonstrate solar energy harnessing with a thermal electric generator device.”

“This will be useful for any thermal solar energy absorber or harvesting device,” particularly in places with abundant sunlight, he adds.

The researchers experimented with aluminum, copper, steel, and tungsten. They found that tungsten, commonly used as a thermal solar absorber, had the highest solar absorption efficiency when they treated it with the new nanoscale structures. This improved the efficiency of thermal electrical generation by 130% compared to untreated tungsten.

The lab has also used the femto-second laser etching technology to create superhydrophobic (water repellent) and superhydrophilic (water-attracting) metals. In November 2019, for example, Guo’s lab reported creating metallic structures that do not sink no matter how often they are forced into water or how much they are damaged or punctured.

This new paper, however, expands upon the lab’s initial work with femto-second laser etched black metal.

Prior to creating the water attracting and repellent metals, Guo and assistant Anatoliy Vorobyev demonstrated the use of femto-second laser pulses to turn almost any metal pitch black. The surface structures created on the metal were incredibly effective at capturing incoming radiation, such as light. But they captured light over a broad range of wavelengths.

Subsequently, his team used a similar process to change the color of a range of metals to various colors, such as blue, golden, and gray, in addition to the black already achieved. The applications could include making color filters and optical spectral devices, a car factory using a single laser to produce cars of different colors; etching a full-color photograph of a family into the refrigerator door; or proposing with a gold engagement ring that matches the color of your fiancee’s blue eyes.

The lab also used the initial black and colored metal technique to create a unique array of nano- and microscale structures on the surface of a regular tungsten filament, enabling a light bulb to glow more brightly at the same energy usage.

“We fired the laser beam right through the glass of the bulb and altered a patch on the filament. When we lit the bulb, we could actually see this one patch was clearly brighter than the rest of the filament,” Guo says.

The paper appears in Light: Science & Applications. Funding for the work came from the Bill and Melinda Gates Foundation, the Army Research Office, and the National Science Foundation.