Minimum wage hikes may have mixed effect on health

Increasing minimum wage may not boost health across the board, researchers report. Instead, wage increases may affect groups of working people differently. 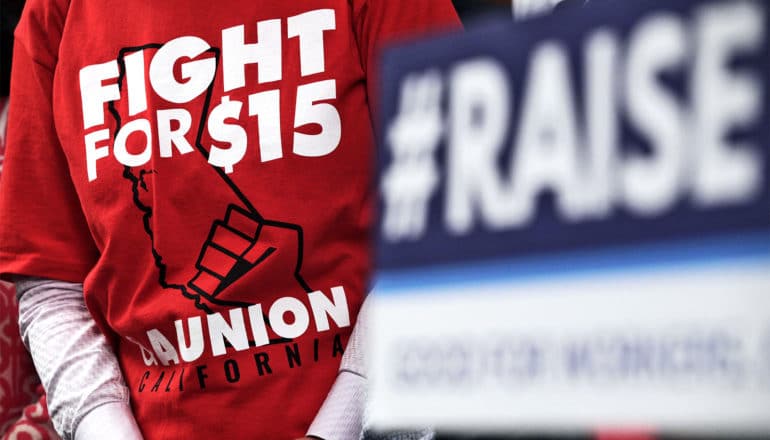 Increases in minimum wages may not have the expected positive effect on all workers’ health, according to a new study.

Researchers did find, however, a mix of negative and positive effects associated with the health of certain groups of working-age people.

In the decade-long absence of federal action, many states, counties, and cities have increased minimum wages to help improve the lives of workers. While political debate over these efforts has long been contentious, scientific research on the health effects of raising the minimum wage is relatively new.

The new study in the American Journal of Epidemiology looked at more than 131,000 adults who provided information to the federal National Health Interview Survey between 2008 and 2015. The subjects were 25 to 64 years old and were either employed or unemployed but looking for work.

“We found that an increase in minimum wage really didn’t have a huge impact on health overall, which surprised us,” says lead author James Buszkiewicz, a doctoral student in epidemiology in the University of Washington School of Public Health. “We did see, when we looked at subgroups, some mixed health effects there, however.”

“These mixed results shine a spotlight on segments of the population that need to be studied in relation to rising minimum wages in order to learn how best to achieve the goal of reducing inequality with adjustments to the minimum wage,” says coauthor Heather Hill, an associate professor at the Evans School of Public Policy & Governance.

According to the researchers, these types of analyses and comparisons set their study apart from previous research on this topic. This gives the team confidence in its main finding—no overall effect on the health of working-age people—even though that result contradicts previously published studies. In addition, the study provides detailed data on the effects of minimum wage increases on subgroups of workers based on gender, race, and age.

The team points out in the study that an association between higher minimum wage and higher rates of obesity for a specific subgroup of working-age people may reflect differences in how minimum-wage policies affect certain demographics of workers, especially those more likely to have low- or minimum-wage jobs.

The researchers did not explore in this study the obesity or hypertension differences they uncovered, but believe that these results point to potential consequences of minimum-wage policy that should be the focus of future research.

“When we are looking at a minimum-wage policy, or any policy for that matter, we should be looking at the effect overall, but we should also consider how it is affecting different groups. And, if there is evidence that minimum wage or any policy is affecting groups differently, that’s something to hone in on for further investigation,” says Buszkiewicz, who is expanding his research into the minimum wage to include its effects over time and by gender and race.

The authors also point out that this research could help inform policymakers when it comes to establishing wage policy.

“Cities and counties are increasing minimum wages with very good intentions, which is to benefit lower-earning workers and reduce inequality, and yet we still need more research evidence on the effects of the minimum wage on health.” Hill says. “In particular, we need to understand how it affects different types of workers differently.”

Funding for this research came from Arnold Ventures and the National Institutes of Health.

The post Minimum wage hikes may have mixed effect on health appeared first on Futurity.