Tiny eye motions let you spot stuff at a distance

New research finds that eye movements, ones so small you're not even aware of them, play a large part in seeing at a distance, what's also called visual acuity. 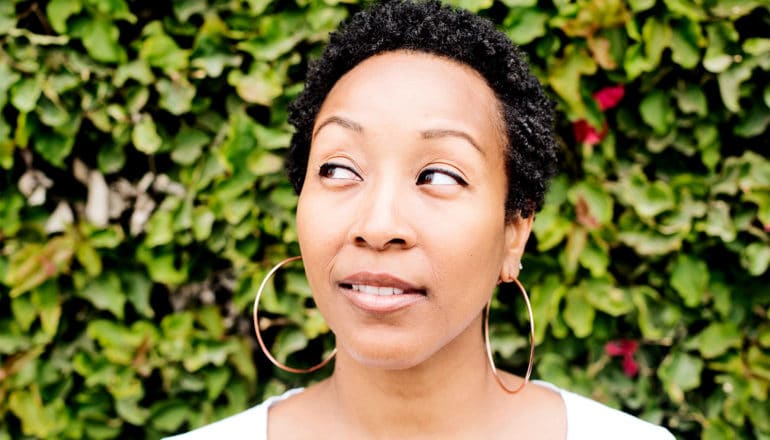 If you fail an eye exam, structural defects in the eye aren’t the only explanation. Small eye movements also play a role in visual acuity, researchers report.

Visual acuity is the ability to discern letters, numbers, and objects from a distance. It’s essential for many tasks, from recognizing a friend across a room to driving a car. Researchers previously assumed that visual acuity was primarily determined by the optics of the eye and the anatomy of the retina.

The research may lead to improved treatments and therapies for vision impairments, the researchers say.

Unlike a stationary camera that takes a fixed photograph of the world, human eyes are constantly moving, taking in new pieces of a visual scene and continually changing the visual input to the retina.

“Humans are normally not aware that their eyes are always in motion, even when attempting to maintain a steady gaze on a point,” says Janis Intoy, a neuroscience graduate student at Boston University and a research assistant in Michele Rucci’s lab at the University of Rochester.

Scientists once thought these gaze shifts, known as fixational eye movements, were inconsequential because they are so small. But, they’re large on a microscopic level, relative to the size of cells in the retina, and they shift the image across many receptors. Rucci, a professor of brain and cognitive sciences, and the members of his lab have progressively shown that these movements are critical to processes in the visual system.

The Snellen eye chart consists of 11 lines of block letters in which each line displays an increasing number of letters in decreasing sizes. During a vision test, a person reads the letters in the lines. If a person has normal visual acuity—20/20 vision—she is able to read to at least line eight on the chart from a distance of 20 feet.

Poor outcomes on the Snellen eye chart test are commonly attributed to defects in optical, structural, and/or physiological properties of the eye. Eye movements are rarely considered. Rucci and Intoy found, however, that fixational eye movements are key contributors to 20/20 vision.

In fact, even though humans are not aware of making them, these eye movements are finely controlled and can allow people to read at least two lines further on the Snellen eye chart versus when eye movements are absent or impaired.

In order to measure visual acuity in the absence of fixational eye movements, the researchers stabilized the eye chart on observers’ retinas by continually updating the display according to the eye movements, counteracting the movements’ effects. That is, unlike during normal viewing, when the visual input changes with eye movements, Intoy and Rucci ensured that the image of the eye chart remained stationary on the retina.

This led to a drastic reduction in visual acuity; the observers, who normally had 20/20 vision, were on average now only able to read to approximately line six of the Snellen eye chart, to the line indicating 20/30 vision.

“We found that achieving 20/20 vision is not only the outcome of good optics and a healthy retina but also fine motor control, to a level that eludes awareness,” Rucci says. “Impairment in visual acuity may originate from eye movements, a factor that is presently not monitored at all.”

In addition to shedding new light on the fundamental mechanisms involved in high-acuity vision in humans, these findings suggest that methods based on oculomotor training and motor rehabilitation may help improve visual acuity. These therapies could include having patients with motor disorders practice holding their gaze on stationary objects and practice precisely shifting their gaze between nearby objects.

The research appears in Nature Communications. Additional researchers are from Boston University and the University of Rochester.

The post Tiny eye motions let you spot stuff at a distance appeared first on Futurity. 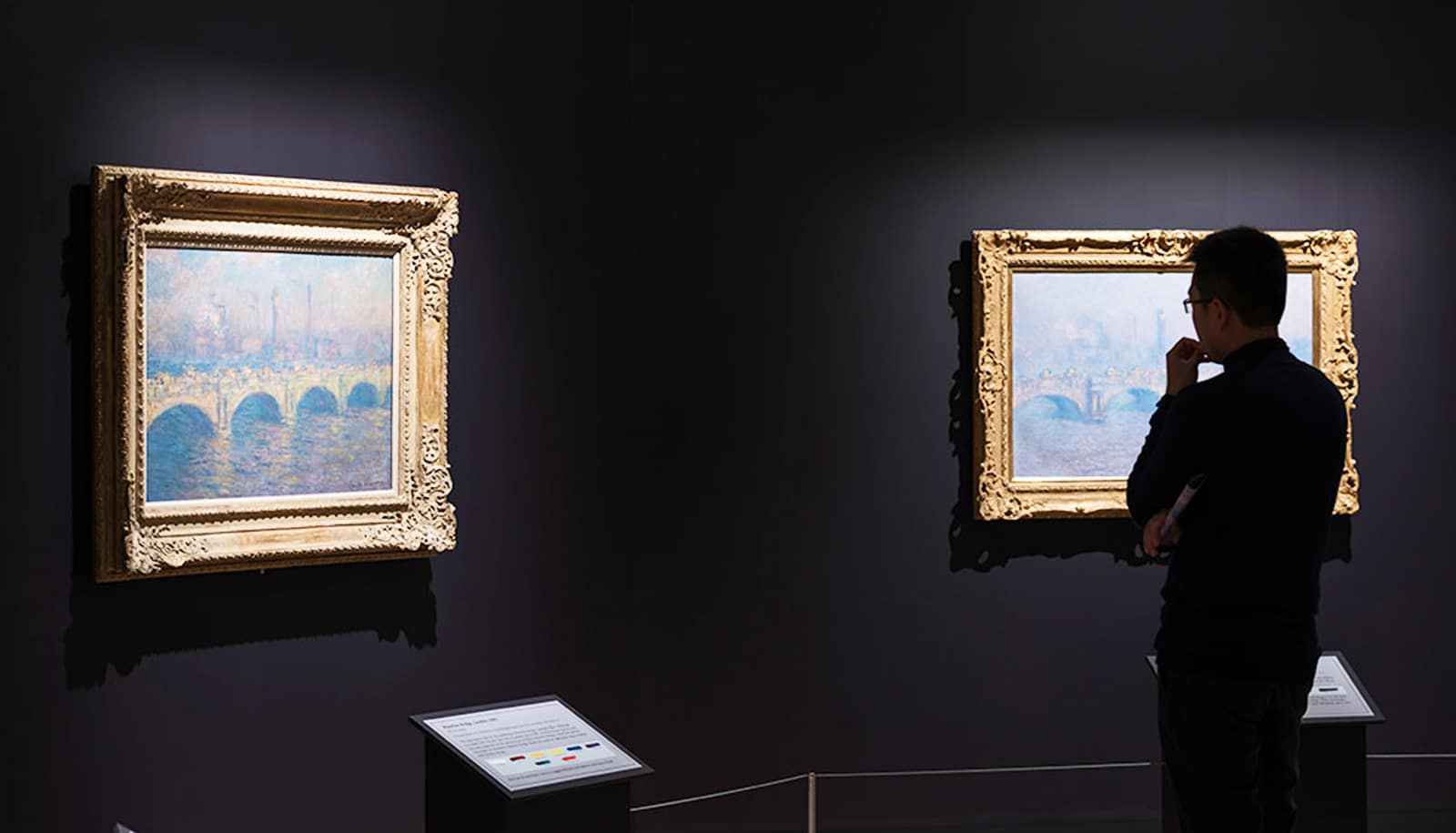 How Monet’s paintings ‘trick’ our eyes 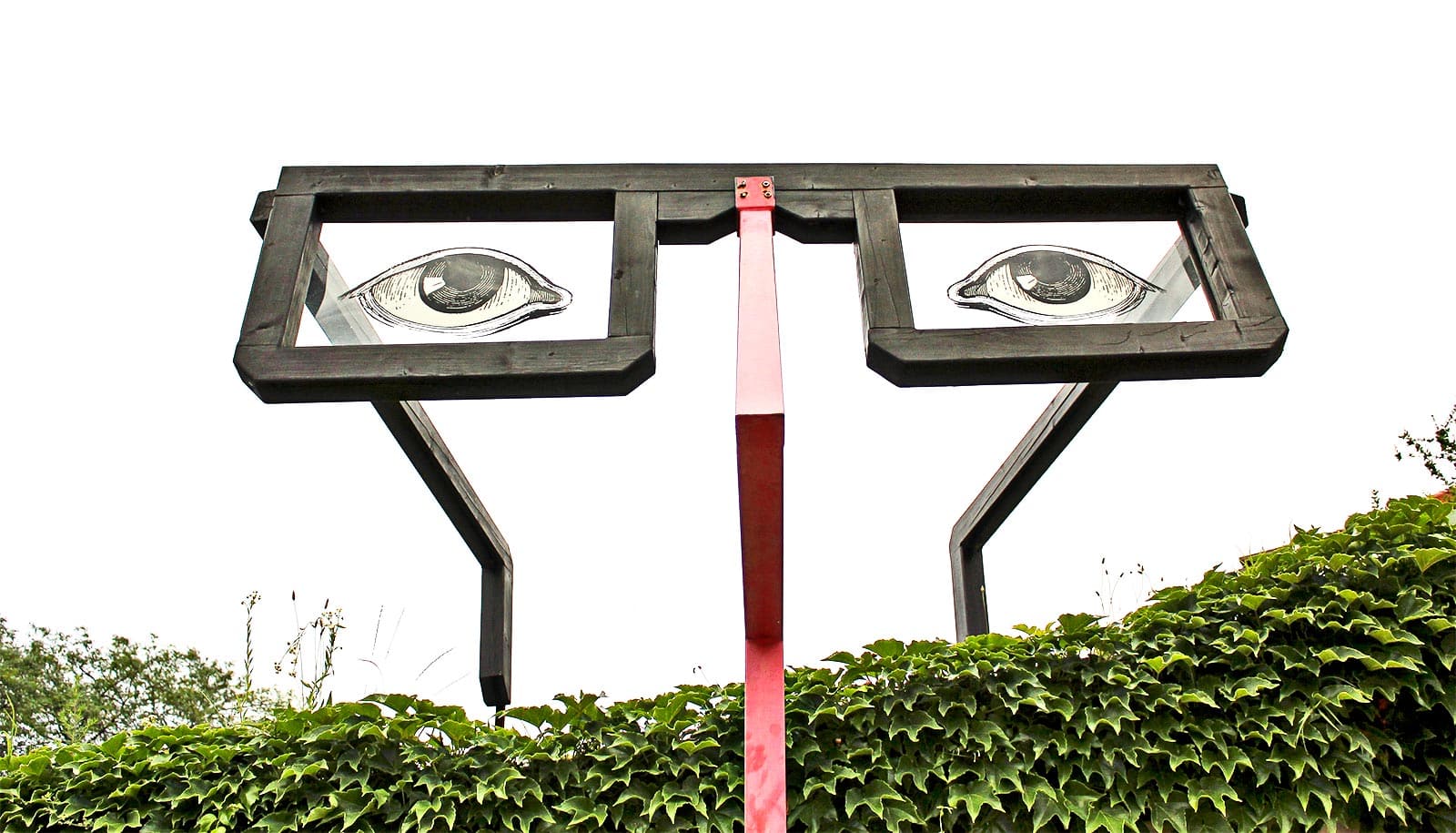