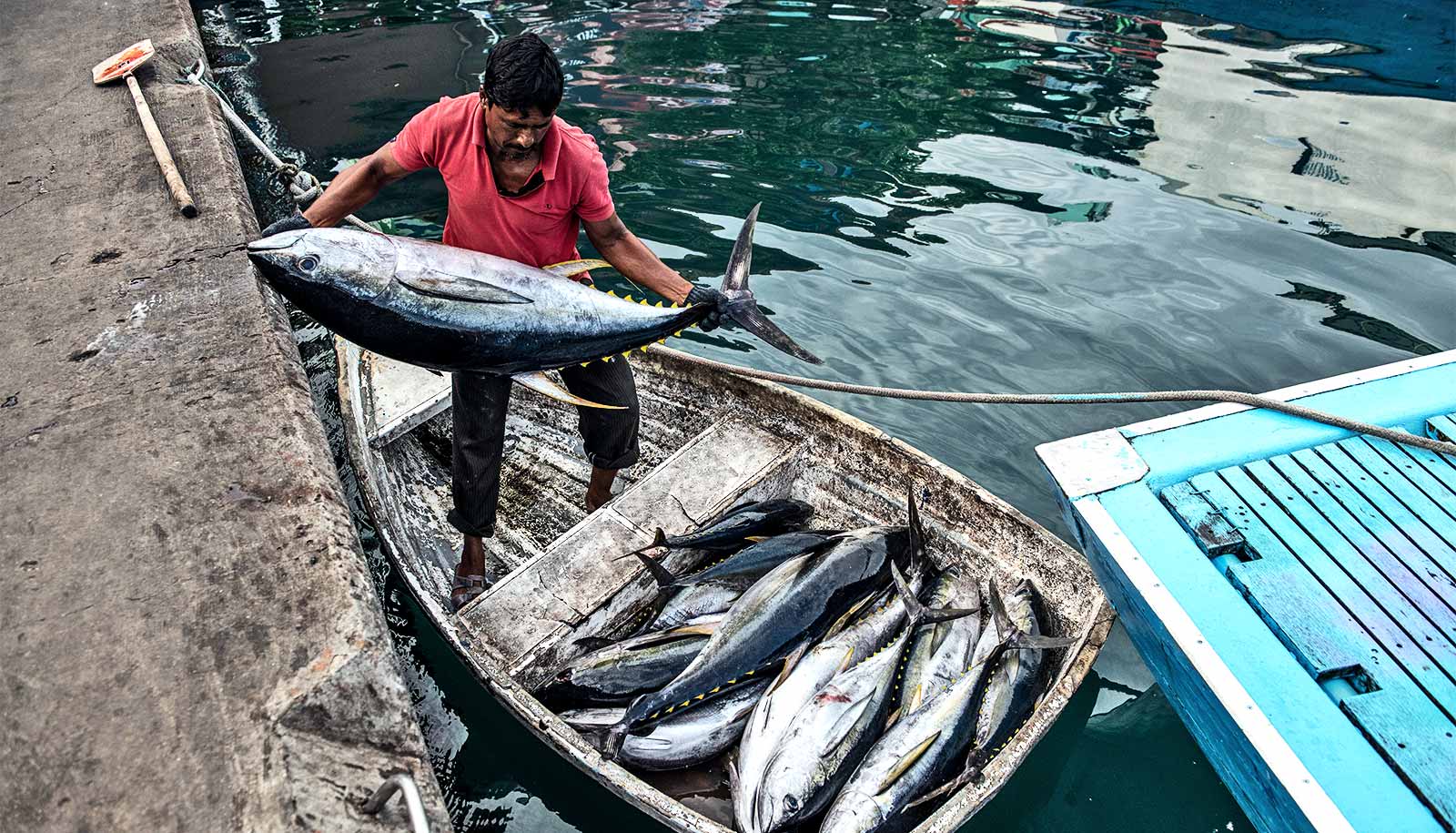 As climate change drives huge changes in fish stocks around the world, the nations that rely on them could be in serious trouble. 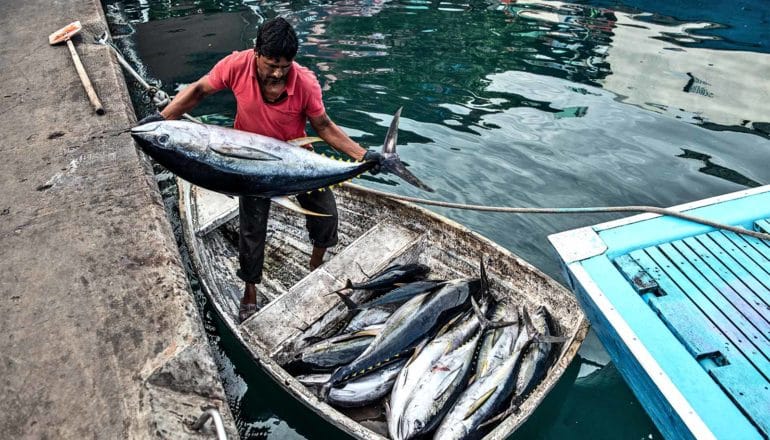 Countries in the tropics—especially Northwest African nations—are particularly vulnerable to the loss of fish stocks due to climate change, researchers report.

Fish are on the move, and the world isn’t ready. Ocean warming has driven fish stocks to migrate toward cooler waters as they seek to maintain their optimal temperature range. This poses a problem for many nations that rely on commercial fish species as an integral part of their economy.

The new research in Nature Sustainability also shows that no adequate policy interventions are in place to help mitigate affected countries’ potential losses.

The researchers examined international agreements, including the United Nations Convention on the Law of the Sea, explains Kimberly Oremus, a former postdoctoral scholar at the University of California, Santa Barbara’s Bren School of Environmental Science & Management, now an assistant professor at the University of Delaware.

But the researchers found no specific text for what happens when fish leave a country’s Exclusive Economic Zone (EEZ), a zone established to give a country national jurisdiction over a fishery resource. That means countries could be vulnerable to economic losses, she says, and those potential losses could make the fish populations themselves vulnerable as well.

“If you know you are losing a stock, then the short-term incentive is to overfish it,” says coauthor James Salzman, a professor of environmental law at the Bren School. “What have you got to lose? The stock’s going to move anyway.”

The researchers looked at projected changes in the distribution of 779 commercial fish species to estimate the number of species exiting national waters under different carbon emission scenarios up to the year 2100.

Tropical nations stand to lose the most species because their waters contain few if any stocks to replace those leaving. The research showed that by 2100, under moderate emissions, the average tropical nation stands to lose 7% of fished species that were present in 2012.

“The tropics are predicted to lose more fish species than other regions because fish usually have a temperature range that they’re comfortable living in and if it gets too hot, and they have nowhere else to go, they’re going to migrate towards the poles,” says Oremus.

‘A gap in international law’

Northwestern African EEZs could see the highest percentage of species loss. The scientists predict that these countries could lose 6 to 25% of harvested species by 2050, and 30 to 58% by 2100 under the moderate and most severe emission scenarios, respectively.

“We found that there is no fisheries agreement that is explicitly focused on this issue. None,” says Salzman. “There’s a gap in international law.”

Traditional fisheries management assumes that fish are a renewable resource and that, so long as their geographic range is static, they will remain plentiful in the absence of overfishing. Species migration in the face of climate change throws a wrench into this theory.

If species are leaving a country’s EEZ over the long term, stocks may not be renewable at the scale of a specific nation even if they remain renewable on an international scale. This is bad news, because it incentivizes the country losing its stocks to overfish before the resource is gone.

Policy makers need to think about how those countries could be compensated for the loss of fish stocks due to climate change, which might help prevent countries from overfishing stocks before they exit their EEZs, Oremus says.

The authors believe that climate change treaties could provide an avenue to address this issue. In contrast to the myriad international fisheries agreements that the team studied, compacts regarding climate change, like the Paris Agreement, do have mechanisms to consider compensation for losses due to climate change.

How to handle liability for losses and damages from climate change—including whether countries that are more developed and emit more carbon dioxide should be compensating countries that are less developed—has been an ongoing discussion throughout the annual United Nations’ Conference of the Parties (COP) meetings, during which countries work to address climate change. There currently aren’t any provisions for assigning liability, Salzman says, but acknowledging the idea of losses and damages is an important step.

The most recent COP 25 gathering in Madrid in December 2019 also considered compensation, highlighting the interplay between climate change and the ocean. Fisheries were not directly addressed. Small island developing states have so far focused on their concerns about becoming climate migrants as their land is overtaken by the ocean. However, Oremus says this study should encourage them, and other tropical nations, to bring fisheries into the conversation.

“For many nations where fish are one of the main economic resources driving their gross domestic product, this is something that they’ll want to take into account when they join together to try and negotiate climate agreements,” she says.

And there’s no time to lose. “Policy in the tropics really needs to focus on this now,” adds Salzman. “And I think this could really shift some of the way the loss and damage debate happens in the climate arena, because fisheries really have been overlooked.”