The genome of the hornwort, one of the first plants to colonize land, may offer a way to grow crops more efficiently with less synthetic fertilizer. 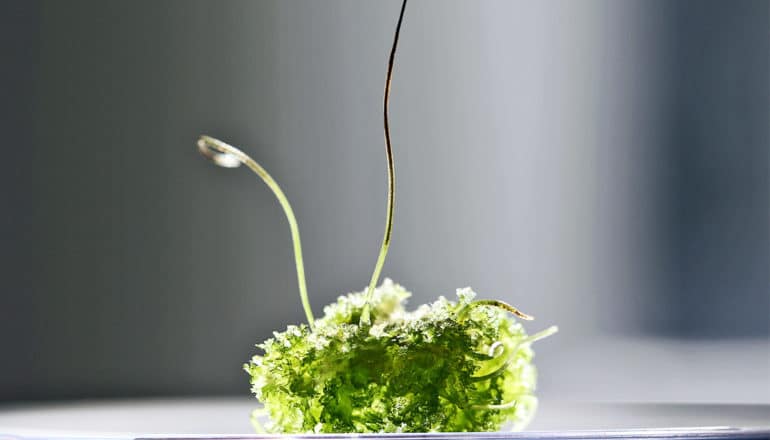 Some 500 million years ago, when our continents connected in a single land mass and most life existed underwater—hornworts (Anthoceros) existed as one of the first groups of plants to colonize land.

Sequencing hornwort provides insights into the genetics underlying the unique biology of the group, researchers report.

The researchers began the project in 2011. “It took us three years to figure out how hornworts can be grown and pushed through its sexual life cycle under laboratory conditions, and another three years to properly assemble and annotate its genome,” says Péter Szövényi, a researcher at the University of Zurich and last author of the paper, published in Nature Plants.

One of the researchers’ goals was to find genes that play a role in hornworts’ method of concentrating carbon dioxide inside chloroplasts, which boosts the plants’ ability to make sugar resulting in increased yield.

Hornworts are unique among land plants in this capability, but some species of algae share the trait. The researchers compared the hornwort genomes with those of algae and found one gene, LCIB, that the two groups share but other land plants don’t.

“If this carbon-concentrating mechanism could be installed in crop plants, then they could grow larger with the same amount of fertilizer,” says first author Fay-Wei Li, plant biologist at the Boyce Thompson Institute and Cornell University.

Furthermore, hornworts live in symbiosis with fungi and cyanobacteria providing phosphorus and nitrogen to the plant. The researchers also identified 40 genes that may promote the hornworts’ source of nitrogen, which comes from an interdependent relationship with cyanobacteria—a unique feature in land plants.

“If this capability of hornworts can be transferred to crop plants, many tons of nitrogen fertilizer could be saved,” Szövényi says.

Such a reduction in fertilizer could benefit the environment, since excess agricultural nitrogen frequently enters waterways, where it can cause deadly algal blooms. Szövényi and Li are already working on a project to understand the genetic mechanism underlying the symbiotic plant-cyanobacteria interaction.

Nevertheless, until now researchers didn’t know whether stomata have evolved once or potentially multiple times independently in land plants. Hornworts possess stomata during their spore-producing phase.

“We found that the basic genetic toolkit governing stomatal development in flowering plants is shared with hornworts,” Szövényi says. This finding is consistent with the hypothesis that stomata have evolved only once in the most recent common ancestor of land plants.

Hornworts, liverworts, and mosses were among the first plants to colonize land, but how the three groups related to each other had previously not been clear. 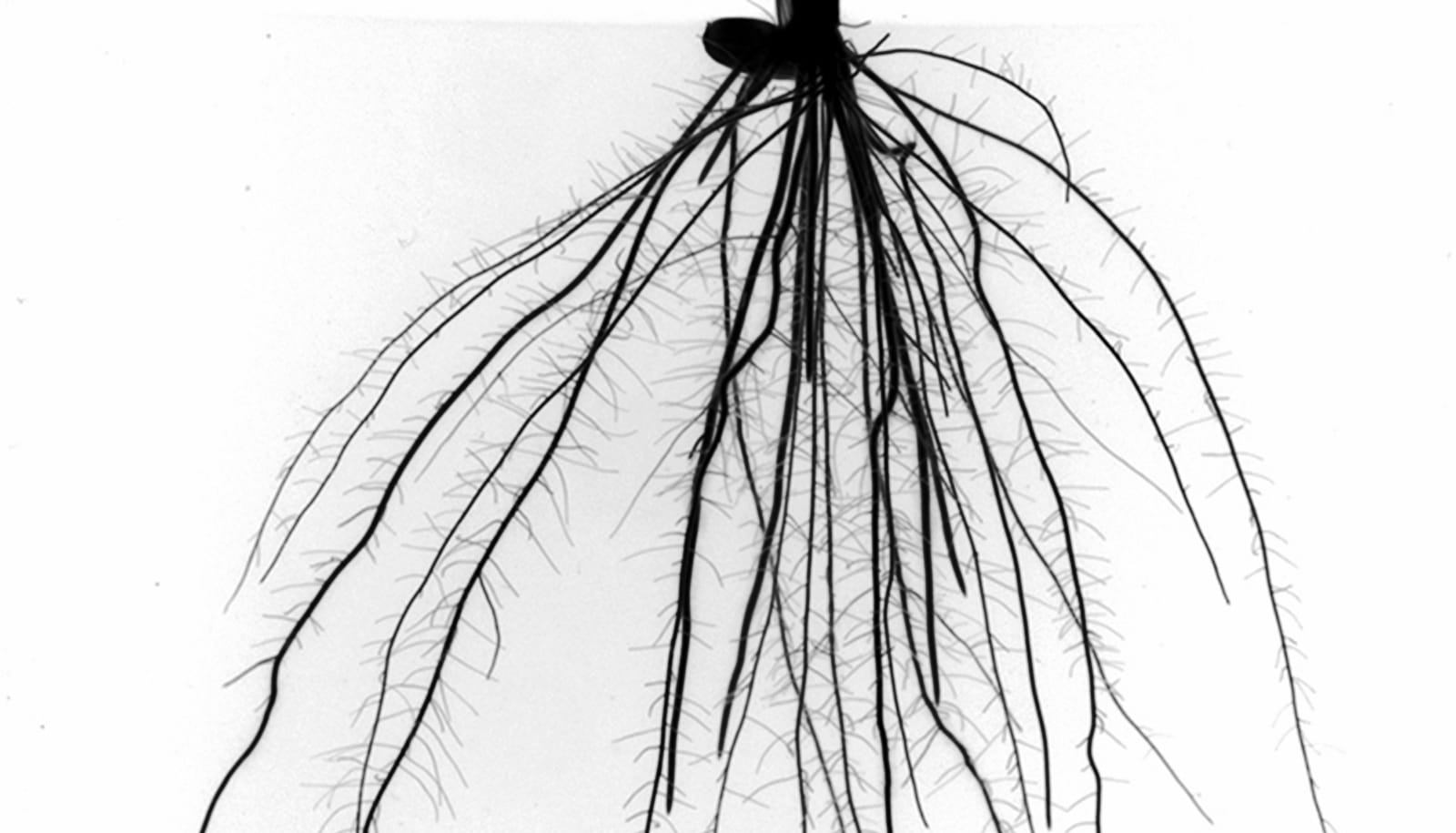 How weedy rice evolves ‘cheater’ roots to take over 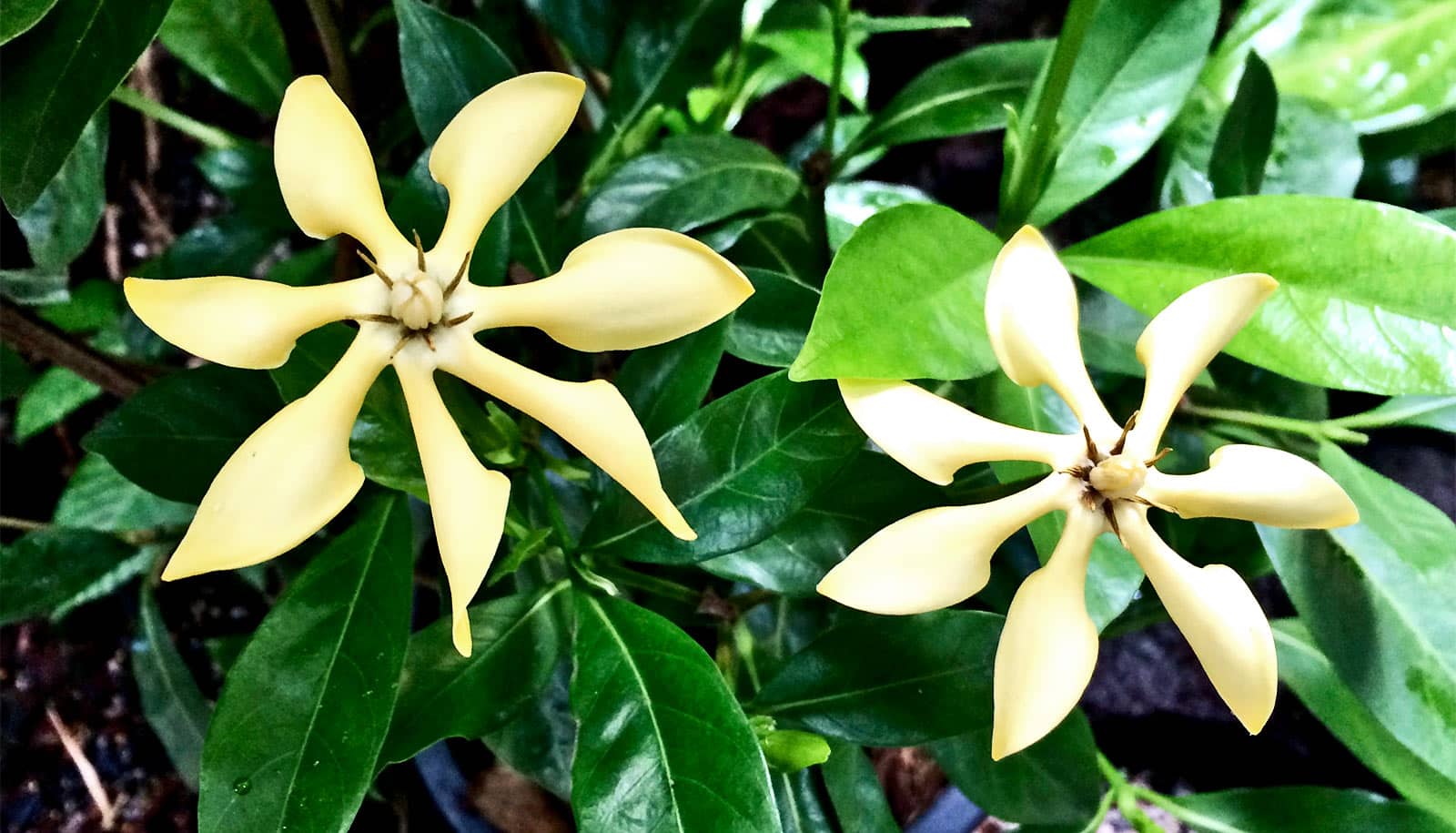